The apology represents 'a comma, not a full stop' 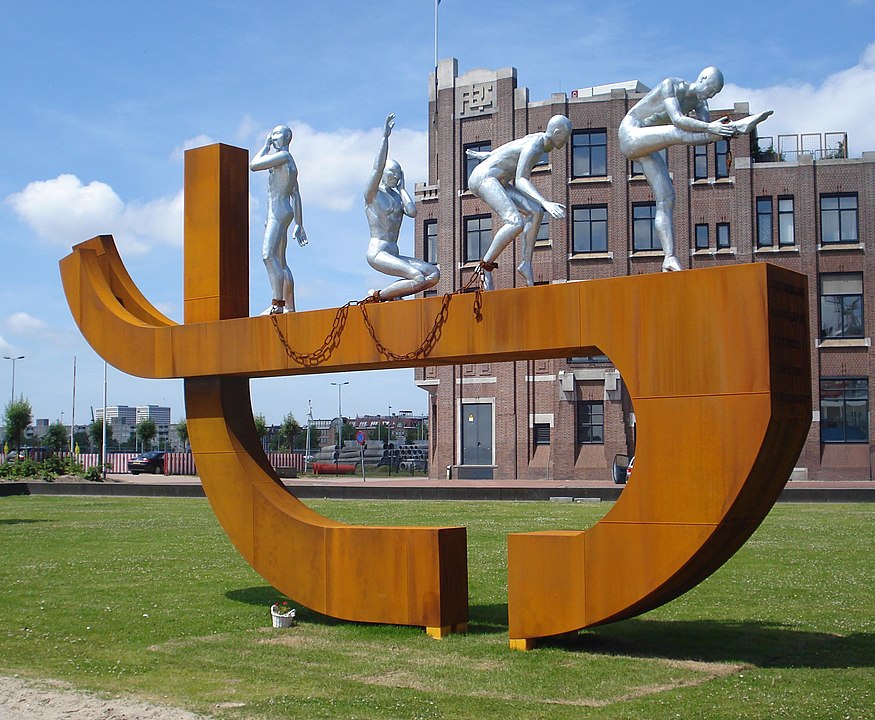 On December 19, Dutch Prime Minister Mark Rutte formally apologised on behalf of the Netherlands’ State for its role in the trade in enslaved peoples in former Caribbean colonies. He spoke for 20 minutes in front of an invited audience at the National Archives in The Hague.

The Dutch leader also announced the establishment of a 200 million euro fund in the Netherlands and in the former colony of Suriname, for “social initiatives” that will give the history of slavery “the visibility, attention and action that is needed.” Additionally, he announced that “an independent and broadly composed commemoration committee will consider the best way to respectfully commemorate the past as collectively as possible in the future.” He asserted that the apology represented “a comma, not a full stop.”

The pragmatic, centre-right Prime Minister’s apology came in the wake of a 2021 report entitled “Chains of the Past” from the Advisory Board of the Slavery Past Dialogue, which recommended that the Dutch government acknowledge and apologise for its involvement in slavery. The report noted:

This is about recognising that the slave trade and slavery that took place directly or indirectly under Dutch authority between the 17th century and July 1st, 1863 were crimes against humanity. The suffering of all those who fell victim to those crimes and the suffering of their descendants must also be recognised.
Apologies help to heal historical suffering, but apologies are primarily aimed at building a common future.

The Dutch were pioneers of the slave trade in the Americas, through the Dutch West India Company, which began participating in the Atlantic slave trade as early as 1621.

Prior to the apology, on December 6, Dutch King Willem-Alexander announced the commissioning of an independent research project into the Royal Family’s role in Dutch colonialism and slavery. The study will be conducted over three years by a five-person committee, including historians and a human rights expert. The King stated:

The Caribbean’s response to the Dutch apology was mixed — positive in some respects, guarded or even dismissive in others. Professor Sir Hilary Beckles, vice-chancellor of The University of the West Indies, and chairman of the CARICOM Reparations Commission noted that with the apology, “the reparatory justice movement has moved into a new phase.” However, he characterised it as “an internal conversation within the Dutch state,” observing that the Netherlands “continues to be an imperial nation holding Caribbean people impoverished in colonial bondage.”

The healing process for victims and the descendants of the enslaved and enslavers requires as a precondition the offer of a sincere formal apology by the governments of Europe. Some governments in refusing to offer an apology have issued in place Statements of Regrets.

Such statements do not acknowledge that crimes have been committed and represent a refusal to take responsibility for such crimes. Statements of regrets represent, furthermore, a reprehensible response to the call for apology in that they suggest that victims and their descendants are not worthy of an apology. Only an explicit formal apology will suffice within the context of the CRJP [CARICOM Reparations Justice Program].

The Kingdom of the Netherlands consists of four countries, including three in the Caribbean: Sint Maarten, Aruba, and Curaçao. The islands of Bonaire, Saba and St Eustatius are part of the Netherlands, as municipalities.

The South American country of Suriname (a member of CARICOM) was seized from the British by the Dutch in 1667 and transformed into a plantation society dependent on African slave labour. Slavery in Suriname was finally abolished on July 1, 1863 (the 150th anniversary will be celebrated there next year), although “freed” slaves were still obliged to work on plantations for another 10 years. Granted autonomy within the Kingdom in 1954, Suriname finally gained full independence in 1975.

Some Surinamese activists and some politicians expressed concerns, especially about the way in which the apology was conducted. Confusing reports had emerged on December 6 that the Dutch deputy prime minister would be visiting to discuss the issue. The country’s largest opposition party was unhappy with an apparent lack of consultation, and boycotted a viewing of the Dutch government's announcement. In a statement posted on Facebook, it noted:

The NDP is outraged that Suriname is suddenly exhibiting a changed attitude and a one-sided process is being deployed, but also drawn by the Netherlands. This reprehensible position that is now taken by Suriname, takes place without the participation of various stakeholders and descendants of enslaved, nationally and internationally. This is about atrocities that happened in the colonies by the slave masters against the slaves. Suriname is not alone in this, this topic is very topical internationally. That's why the burning questions are: Why isn't it being pulled together with Caricom? Why is the government of Suriname agreeing to a date that doesn't matter for Suriname 19th December 2022?

So, was the timing right? The Dutch Prime Minister suggested in his speech that there was not “one right time for everyone.”

Black activists in other territories have also been scathing in their criticism.

An activist from Curaçao tweeted that the Euro 200 million fund is a “pittance” and that the response from some countries is self-serving and dishonours their ancestors:

Whether the Dutch government apologizes for slavery or not today, the smug ignorance of the act itself is clear. By cheapening the meaning of an apology for a crime against humanity Rutte, and his accessories to the crime, hope to hollow out and stymie reparations calls.

In neighboring Guyana, the Afro-Guyanese International Decade for People of African Descent Assembly-Guyana (IDAPADA-G) took a more positive stance: “We look forward to subsequent initiatives on your Government’s part in response to the just and global call for reparations as the ultimate act of recompense.” The Dutch had three colonies in Guyana, using enslaved Africans as labour, for close to 200 years until the early 19th century.

The Guyana Reparations Committee said it was “somewhat dismayed” that the apology did not extend to their country, but conceded: “With this in mind, we see the apology as the beginning of a path of constructive dialogue that will lead to repair, reparatory justice.” Committee Chairman Armand Zunder regretted the lack of prior discussion. “It was actually a one-way street approach,” he said, while accepting the apology in good faith.

There was some reaction in Jamaica. A Jamaica Gleaner editorial noted:

Mr Rutte’s government hasn’t embraced the idea of reparations in its full sense. But he has come part of the way. He admitted that a wrong was committed and that the Dutch state, operating in perpetuity, is obligated to accept responsibility. That obligation is not only moral, but legal. Reparatory justice, in this context, insists on atonement and restitution.

Indeed, Mr Rutte should recommend that his European colleagues follow suit and apologise and set the basis for serious negotiations with their former colonies of the formulas to determine quantum, and formats for the delivery, of reparations.

Co-chair, the National Council on Reparation and director, Centre for Reparation Research at the University of the West Indies (UWI), Professor Verene Shepherd, shared her thoughts in radio interviews, noting that most countries had not previously used the word “apology” and commenting:

I encourage all former colonial powers, to which the CARICOM Reparations [Commission] sent letters, to issue their own apologies instead of replies setting out their social and philanthropic actions in the Caribbean, remind[ing] us of their activism on modern-day slavery, remind[ing] us of their grants and loans since independence and statements of deep sorrow, regret, and remorse that stop short of taking full responsibility for a crime against humanity and acting on the CARICOM 10-point plan for reparatory justice.

One Twitter user pointed out that the apology coincided with the discovery of oil off the coast of Suriname. Could this be a motivation?

“Hey guys, we know we are 159 years too late but better late than never

We want to apologize about the slavery” pic.twitter.com/zPFNc40bhi

One Jamaican broadcast journalist held a different view. Are reparations still needed, he asked; or is it time for Caribbean people to assert their own independence:

“Up you mighty race, you can accomplish what you will” is not just a popularly used phrase and should never be. Yes, I believe there should be an apology from ALL responsible for the enslavement of people for centuries. I also wonder how much we will be relieved and achieve after reparations are paid.
Do we need to be GIVEN something by those who have TAKEN so much? Or can we prove we are able to prove our greatness as a people without it? I believe we have and can.

As Caribbean people mull over the implications of the Dutch apology, many wonder: what next? One thing is for sure: the apology has reopened debate on reparations in the public sphere. Will there be further developments in 2023?