Turkey, a year in review: Battling both at home and abroad

Turkey has had a rough year, politically, socially, and financially 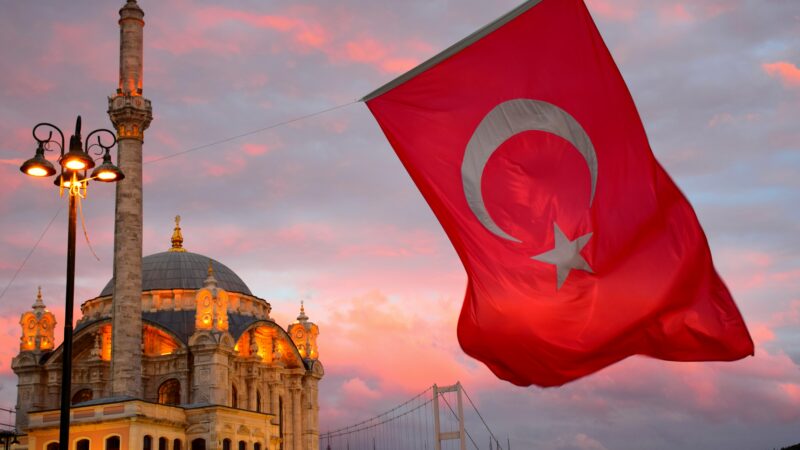 Image by Meg Jerrard. Free to use under Unsplash License.

Turkey has had a rough year politically, socially, and financially. The ruling Justice and Development Party (AKP) was busy battling both at home and abroad and steered the country into a financial crisis. By some non-state accounts, the inflation has reached 170 percent, and the annual price increase reached 86 percent at the time of writing this story, making future projections look grim for the country of some 80 million people. But it is not just the domestic political scene or the economy that is hurting.

The crackdown on media practitioners and an increasingly restrictive media environment was another grim highlight of the past year. In what critics have described as a boost to systematic censorship and a threat to freedom of speech, with disastrous consequences ahead of Turkey's 2023 election, in October, Turkish lawmakers approved a law on disinformation. On December 15, Sinan Aygül became the first journalist to be prosecuted under the new law.

According to a local civic platform, Media and Law Studies Association, there are at least 66 imprisoned journalists and media employees in Turkey. The most recent example is financial reporter Mustafa Sönmez who was charged with insulting the head of state over a tweet the journalist shared about the government’s economic and currency (mis)management. According to Article 299 of the Turkish Penal Code, it is illegal to insult the President. The accused can face up to four years behind bars. Students, artists, journalists, lawyers, and average citizens have been prosecuted or faced trial for insulting the president.

The ruling party continued to wage war on arts and culture. The most recent example includes a Turkish film, “Burning Days” [Kurak Gunler], which has won accolades globally since its premiere. The film was censored by Turkey’s Ministry of Culture and Tourism. The ministry claimed the film changed its script after getting funding from the ministry. The makers of the film refuted the claims. The film's plot “subtly condemns cruelty against minority groups — from people of different sexual orientations to ethnic minorities, women, animals and the environment. It uses an impoverished town in the Anatolian countryside as an allegory for Turkey,” wrote freelance journalist and academic Kenan Behzat Sharpe.

This year, local authorities also canceled a series of music events, attempted censoring Spotify, and banned a music video about love between two men. At least one singer was arrested, and news reports of musicians getting beaten up by random strangers kept making it into the news cycle. In one case, musician Onur Şener died as a result of violence.

The judiciary system also drew public ire. While perpetrators of crimes like child abuse and pedophilia, supporters of hate and violence, and culprits behind the death of a young university student went unpunished, hasty court decisions were handed left and right to imprison or reprimand journalists, level accusations against mayors, as well as sentence one prominent philanthropist to life in prison for bogus charges. Most recently, documentary filmmaker, Sibel Tekin, was arrested for filming a police car and accused of being a member of a terrorist organization. Tekin was working on a new project about daylight savings time, according to local media reports.

And yet, no measures were taken against police officers who beat up, used tear gas and rubber bullets on protesters who took the streets for various causes, including the annual night march organized by women, the PRIDE march, and a demonstration calling for an end to violence against women to name a few.

Turkey was also rocked by news of a deadly explosion on Istanbul's busy pedestrian street of Istiklal, killing six and injuring over 80 people. Shortly after the explosion, internet access across the country was throttled, and the authorities accused Kurdish militants, namely the Kurdistan Workers Party (PKK) and the Syrian People's Protection Units (YPG), of orchestrating the attack. Shortly after, Turkey launched its largest air campaign to date — operation “Claw-Sword” — against Syrian Kurdish groups.

Both accused groups denied any responsibility for the bombing. In an interview with Al-Monitor, Mazlum Kobane (also known as Mazloum Abdi), the commander of the US-backed Syrian Democratic Forces (SDF), said their investigations pointed at the “Syrian opposition groups operating under Turkey's control” as culprits and possible links to the Islamic State. In a statement issued by the opposition Democratic People's Party (HDP), which the state accuses of collaborating with the PKK and is facing potential closure, the party's spokesperson implied that the government was using the bombing as a “pretext to legitimize and further its aggression against the Kurds in Syria” as well as boost the ruling party's image ahead of the general election next summer.

Throughout the year, Turkey's medical practitioners went on strike, demanding better working conditions and protection from violence. A statement issued by the Turkish Medical Association (TBB) on March 14 said, “At this point, it is clear to everyone that the health system is clogged up.  The health of the society is deteriorating day by day, and access to health care is becoming harder.”

The association came under heavy criticism by the state and was accused of spreading propaganda. Months later, on October 16, Dr. Sebnem Korur Fincanci, the president of the Turkish Medical Association’s Central Committee, was arrested on bogus charges of  “spreading terrorist propaganda” after calling for a full investigation on the potential use of chemical weapons against the armed Kurdistan Workers’ Party (PKK) in the Kurdistan Region of Iraq by the Turkish military.

The video of an animal shelter employee in Turkey’s Konya province killing a stray dog brought other country-wide grievances to a head, namely how women, the LGBTQ+ community, and other minority groups are treated and how polarized Turkish society has become.

Many flooded Twitter and Instagram with posts about grappling with the reality of feeling less safe, raising children in an environment of fear, and realizing yet again that your rights as a citizen hang by a thread without any guarantees of protection.

As the country exits a grim year, there is little hope for the year ahead. The country's young people are particularly unhappy with the status quo. In a recent research study published by the non-governmental organization SOMDER on young people's perceptions of active citizenship and politics, 96.3 percent of participants said people in Turkey were unhappy, and 27.8 percent said they would change their country to a question, “What would you like to change first in your life if you had the opportunity to change?”

According to a survey from 2020, half of the Turkish youth are unhappy, citing financial difficulties as the primary cause. Over 70 percent of respondents said they would “definitely move abroad temporarily,” while over 60 percent said they would move permanently.

Turkey struggles with brain drain due to social, political, and economic circumstances.

And the ruling party is not helping. On June 1, a day after the nine-year anniversary of Istanbul’s famous Gezi Park protests, President Recep Tayyip Erdoğan slammed those who attended the Gezi protests calling them “tramps.” In his address, Erdoğan also called the protesters “corrupt” and that they were “sluts,” adding, “We know who were behind the Gezi events where public buildings, police vehicles, ambulances, businesses, civilian cars, municipal buses, streets, and parks were burned down.” The President held fast to state rhetoric that the Gezi was nothing but a period of “betrayal, shame and vandalism” in the country’s history.

With just six months ahead of general election in June 2023, it remains to be seen whether the country and its people will witness change and better days ahead.