The case of Hungary is a strong warning 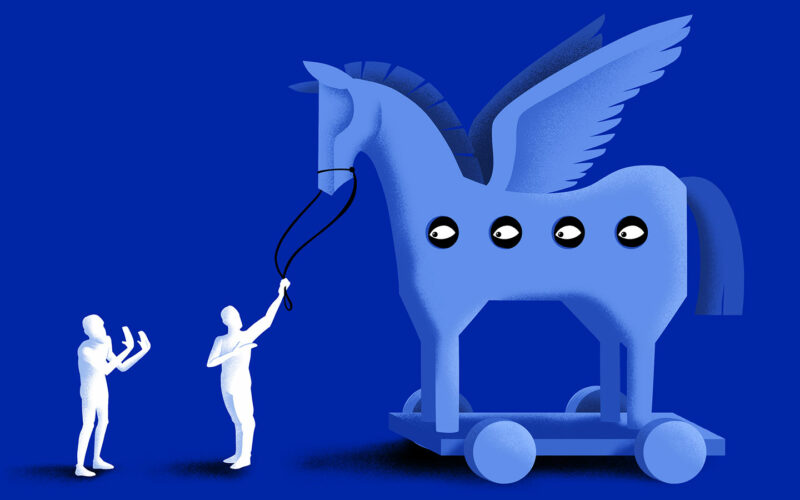 In September 2022, Szabolcs Panyi, a Hungarian investigative journalist with Direkt36, published a story on how the Pegasus software was brought to Hungary. The report demonstrates how easily governments can exploit surveillance technologies without human rights safeguards in place.

Panyi — also a target of Pegasus — explained the circumstances under which Pegasus was brought to Hungary and the National Security Service's (NSS) role in the transaction. Direkt36 revealed in 2021 that journalists and politicians in Hungary could have been tapped with the tool.

According to Direkt36, the National Security Service commissioned Communication Technologies Ltd. in 2017 to acquire the spy software developed by the Israeli company NSO Group. According to sources familiar with the circumstances of the transaction, the spyware was purchased for HUF 3 billion (approx. EUR 7.45 million). The investigation found that the whole transaction remained secret because, in October 2017, Parliament's National Security Committee voted unanimously and without question to exempt the purchase of the spy software from public procurement.

The then owner-CEO of Communication Technologies Ltd. was Péter Neuman, who, in addition to his work in philosophy of science and research on artificial intelligence, was a cybersecurity trainee at the US Department of Homeland Security in 2013 and had many ties to both the leading members of the pre-2010 governments and Fidesz. After 2010, his name became better known when he became an adviser to media interests around the Unified Hungarian Jewish Congregation (EMIH), led by Rabbi Slomo Köves, and later became CEO of Telegraph, which owns the newspaper 168 Hour and is also affiliated with the EMIH.

In the months following the National Security Committee's approval of the Pegasus acquisition, another player appeared in Communication Technologies. László Hetényi, who has a background in internal affairs and acted as the exclusive Hungarian representative of the Economist and the Wall Street Journal, acquired first a ten and then a 33 percent stake in the company.

In 2019, the two were joined by another owner, László Tasnádi, a former state secretary for law enforcement and confidant of Sándor Pintér, the interior minister, who started his career before the regime change. Before 1989, Tasnádi worked in counter-terrorism for the intelligence services before moving to Budapest Police Headquarters.

Direkt36 read from company records that the revenue of Communication Technologies Ltd., which also trades in cyber technologies, increased from HUF 150 million (approx EUR 373,000) to HUF 3.5 billion (EUR 8.7 million) in 2018 after the acquisition of Pegasus.

The NSS first obtained a quota of 50 devices through this company, but this had to be increased soon afterward because of the surge in interest in Pegasus among Hungarian intelligence services. According to sources interviewed by Direkt36, the NSS has used Pegasus in operations by all civilian national security services but not the Military National Security Service.

A former intelligence officer told Direkt36 that the spy software was used in Hungary even after the Pegasus case broke out. His colleagues who were still active told this man that the use of Pegasus had been suspended for a while but was later resumed for covert surveillance.

The secret services have essentially unlimited data collection powers in Hungary. There are no strict conditions for surveillance, and there is no independent body that would control it. The most recent Pegasus case has shown that this is not a theoretical problem: the cell phones of Hungarian citizens were hacked without any known national security reason.

The story of Hungary is not unique among countries that deployed Pegasus to target dissenting voices. There is an urgent need to regulate the global trade in surveillance technology with the inclusion of human rights safeguards.

Digital rights watchdogs, like Privacy International, have been raising awareness around the human rights harms associated with unregulated trade and the use of commercial spyware since 1995. In 2019, David Kaye, the former UN Special Rapporteur on freedom of expression, stated that there is a need for “an immediate moratorium on the global sale and transfer of private surveillance technology.” He also said that “unlawful surveillance continues without evident constraint.” Yet, countries like Hungary are still free to use the software without any problem, even after the Pegasus revelations.

The Pegasus scandal shows how non-democratic governments worldwide can use technology to monitor and suppress human rights activists, journalists, and dissenting voices. NSO Group, the producer of Pegasus, claims that it has procedures in place that would allow it to address cases when human rights defenders are targets of the software. When Human Rights Watch asked how the company responds to such allegations, it pointed to its Whistleblower Policy and Transparency Report. The latter includes some information about the company's approach to human rights. It describes how it assesses, with the help of a scoring system, the human rights situation in a country before trading with it. Direkt36 reported, “Belgium scored 80, Spain 75, Poland and Hungary around 64-65, and Saudi Arabia around 30″. NSO's chief compliance officer stated that the company does not work with countries with scores lower than 20.

After the Pegasus revelations, a few steps were taken by governments to put pressure on the company. NSO Group was added to the US Department of Commerce's trade restriction list (Entity List) for “acting contrary to the foreign policy and national security interests of the United States.” Human rights groups, however, called on the European Union to go further and put the NSO Group on its global human rights sanctions list. Several human rights watchdog organisations and independent experts called on states “to implement an immediate moratorium on the sale, transfer, and use of surveillance technology” until appropriate human rights safeguards are in place. No significant steps have been taken since then.