People say I can neither be a woman nor a mother 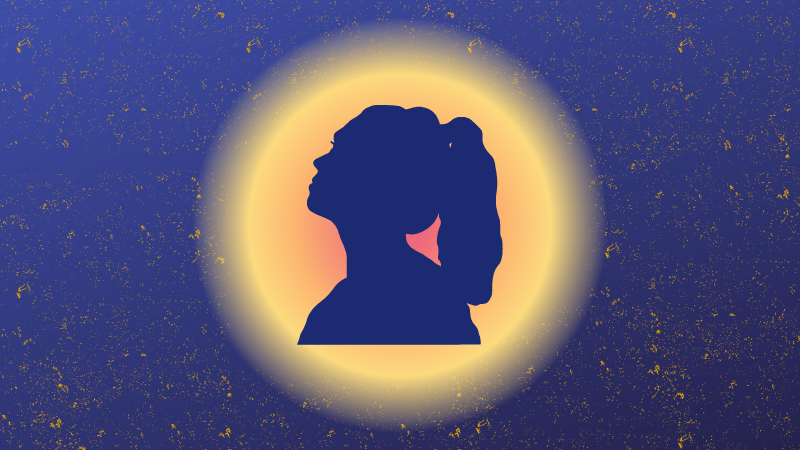 December 7, the day of the candles in Colombia, has arrived. It is an important holiday when houses and streets are illuminated with candles to celebrate the Virgin Mary before Christmas. Households follow this tradition with a special meal, a novena, or praying the rosary. My mother was told that the candles were lit to light the way to the Virgin. The lights are a reassurance, a guide in the darkness. We have told my son that a candle is lit out of gratitude and for the protection of the family.

I am a mother raising a child. There was no conception in my womb, but for me, it is a miracle — because the important thing is to raise a child and not just provide a quota of sperm.

On December 8, I will undergo surgery and I am very glad about it because this surgery will reduce the pain caused by my herniated discs. I stayed in Bogotá with my mother. Both she and I have reduced mobility. We talked while she was making lanterns for that special candle day, waiting for nurses to come home to give her some medicine. Meanwhile, I was sewing some stuffed baby ducks, one for my son and one for me.

Even without visits from family, we were feeling relaxed. However, I was distressed when the person who was to go with me the next day canceled at the last minute. I felt frustrated to have family members that I can't ask to join me, either because I would get scolded or because they simply won't show up because of their own business.

To many people, I can neither be a woman nor a mother. Years ago, I greeted the world, introducing myself and stating, “Hello, I'm Lucia.” Relatives and the kind of friends that you can usually count on stopped talking to me. I did not say prayers, but I was very angry; I let off steam by verbalizing that. When I had more mobility in my body, I would accompany whoever asked me to do so. It's hard for me to think that I used to be my mother's caregiver; now I need care, too. Now, I cannot count on my blood relatives to go with me.

Little by little, I was freeing myself from these feelings, so I could concentrate on what was important: to be able to attend the surgery I had been waiting to have done for more than four months.

The situation could be worse, just as bad as it has been for my sisters. They are without access to health or education, which makes their lives more precarious. Without the right to occupy public spaces. At least 56 trans people were murdered this year in Colombia, in the street, with cruelty, and nobody seems to care. On the contrary, a world sporting event is being held in a country that is notorious for violence against trans people.

My problem was not that serious, and I agreed with my mom to contact a nurse she knew. Although she could not be there when I went in for surgery, she would be able to pick me up when I was finished. Medical staff had come to give her the medication, but they punctured her arms and could not find a vein. We didn't sleep, and stayed awake until the next day.

The clock read 4:00 a.m. and I had to leave for the clinic. I went out to take the bus. I didn't have to beg for a seat, because very few people were traveling at that time, on December 8, a holiday. I tried to avoid the fear I have of being masculinized at the hospital, and therefore, of being treated in a negligent and aggressive manner. It's not so frequent anymore; sometimes it happens, sometimes it doesn't. No, this time it didn't happen.

How nice it is to be treated as who I am, not only as I identify myself, but as I am, a real woman, as biological as Sanín, as Rowling, or any other cis or trans woman. As much of a woman as the Madonna. Nothing to hide in my body. As biological as can be, also for the orthopedist who would operate on me, and who has been a great ally to recognize that gender violence in my work left repercussions in my health. 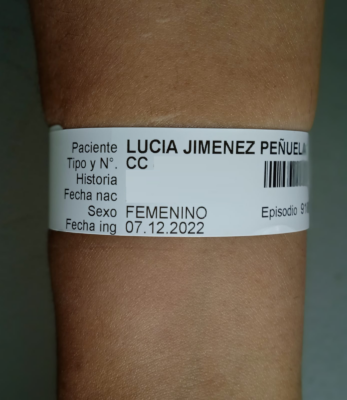 They wake me up from the anesthesia. A nurse says “I need you to get dressed”; I replied, “Dressed.” She replied, “I need you to put on your dress.” I ignore her unfriendly face, I imagine it's because of working on a holiday. I don't care and prefer to keep my memory of the good care I received from the doctor and the other nurses, to whom I am very grateful. Some things have already changed since last year.

We left with the nurse and soon arrived home. I noticed that the tape on my wrist says that I was admitted on December 7, instead of December 8, when I underwent surgery. I will keep it for the anecdote, but above all, for the memory that I was treated with respect, and that my pain is diminishing.

The Virgin is a woman. She ascends to heaven where she is recognized as a woman and as a mother. I am as much a woman as the Virgin Mary.

On the table, my mom's unused lanterns. On December 24 or 31, we will surely give them to those who visit us. I will light a candle in gratitude for life and for the relief of my and my mom's ailments.

Another, for each of the trans sisters who have disappeared this year so that life in this city and in this country may not be so violent towards us.

And the last one, so that these candles light the way to the hearts that hate the existence of women with trans life experience, not only on December 7 but every day of our existence, in health care and everywhere.

For the day when, the trans virgin and her son will walk among the candles, without fear of being crucified.