The government said HK has no legal obligation to sanction Russia 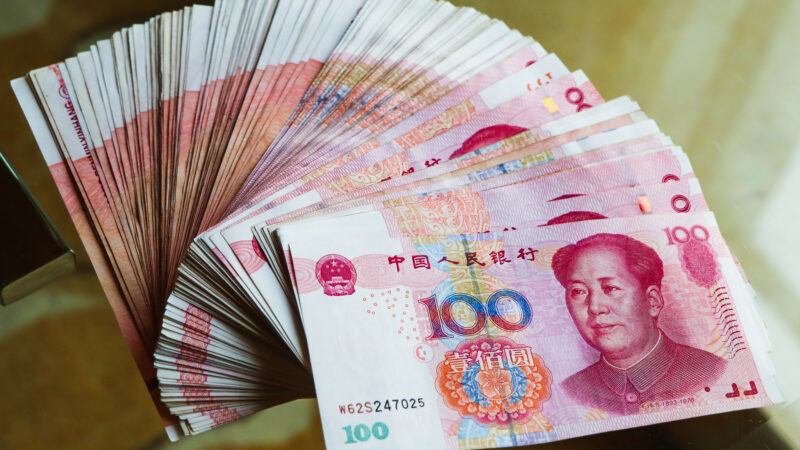 Hong Kong’s tie with Russia has caught international media attention after a superyacht owned by Alexei Mordashov, a Russian oligarch and ally of Russian President Vladimir Putin, was spotted in the city in early October 2022.

And the latest expose indicated that Russian-affiliated corporations in Hong Kong had evaded western sanctions by exporting chips and even military drones to Russia.

“No obligation to sanction Russia”

While Alexei Mordashov was sanctioned by the US, European Union, and the UK in response to Russia's invasion of Ukraine, the Hong Kong government said that it does not have the legal obligation to follow the “unilateral sanctions.”

A local research group later found out that between February to October 2022, 35 companies that do business with Russia had been newly registered in Hong Kong. This figure is more than double compared with the 13 newly registered entities during the same period in 2021.

The trend raises questions about how Russian firms are circumventing western sanctions via Hong Kong.

In fact, just a few months ago, in July, Nord Axis, a new trading firm that was registered in Hong Kong nine days before Russia invaded Ukraine, completed the acquisition of global commodities trader Trafigura’s 10 percent stake in Russia’s major Vostok Oil project in Siberia. Due to western sanctions, Trafigura started cutting ties with its Russian business in April 2022.

As the Russian yacht saga continued to grow amid the US government's warning of sanction enforcement, major banks in Hong Kong, in particular, Hongkong and Shanghai Banking Corporation (HSBC), informed its Russian clients in the city that their investment banking service would be suspended, although personal banking remained unaffected.

The yacht eventually left Hong Kong on October 20 after harboring for about two weeks. But the tie between Hong Kong and Russia remains in question.

In recent days, a scandal emerged — a joint investigation conducted by Reuters and London-based security and defense think tank Royal United Services Institute (RUSI) indicated that Russia managed to import semiconductor chips that can be used in both electronics and weapons via global trading centers, including Hong Kong, Turkey, and Estonia.

Soon after Russia invaded Ukraine on February 24, 2022, the US government imposed a ban forbidding US companies from providing chips to Russia. Yet, until October 31, Russia had imported USD 2.6 billion in electronics, and approximately one-third of these came from western manufacturers. Among these imports, chips produced by America’s Intel Corp, Advanced Micro Devices Inc (AMD), Texas Instruments Inc and Analog Devices Inc., and Germany’s Infineon AG had been appropriated for military use.

Reportedly, one of the most important suppliers to Russia’s drone program is a Hong Kong-based exporter, Asia Pacific Links Ltd, which is owned by a Russian expatriate with mainland Chinese business ties.

After the expose, China reportedly banned the export of its homebrew military grade loongson chips to Russia and other countries.

An unintended consequence of Russia's invasion of Ukraine is that China and Russia have strengthened their strategic partnership. China did not join other western countries in condemning Russia’s aggressive military operation in Ukraine; instead, amid western sanctions on Russia, China declared a no-limit friendship with Russia with “no forbidden zone.”

As a result of the SWIFT ban, a sanction imposed by members of the European Union and NATO that restricts Russian access to the world’s largest financial transaction network of more than 11,000 banks, Russia shifted to China’s  Cross-Border Interbank Payment System (CIPS) to settle the business payments with business partners in China and other ASEAN countries.

RMB has thus become Russia's reserve currency, with a volume of up to USD 70 billion. The Russian central bank also set up an open-ended fund for investing in a dozen Chinese equities listed on the Hong Kong stock exchange using RMB and Hong Kong dollars.

With the rollout of digital yuan (eCNY) by China’s central bank, China expects more international transactions would settle the payment in RMB through CIPS and bypass the US-dominated payment network. Concurrently, Russia sets to legalize the use of cryptocurrencies for cross-border payments.

As a key platform for China’s Belt and Road Initiatives, Hong Kong is the world’s largest offshore RMB trading center, where overseas corporations can settle their payment with their mainland Chinese business partners in HK using RMB. In July, Hong Kong's Currency Swap Agreement with China’s central bank was enhanced as a permanent set up and Hong Kong Monetary Authority's RMB reserve was expanded from 500 to 800 billion yuan.

For countries, including India, Brazil, and Turkey, which have not joined western sanctions against Russia, Hong Kong would be one of the most convenient trading centers for settling business payments using RMB as an alternative to US dollars. India traders, for example, have picked up RMB and Hong Kong dollars in settling their business payments with Russian counterparts.

Some local think tanks, such as Chan Man Hung, director of One Belt One Road Research Center at Chu Hai College of Higher Education in Hong Kong, saw the economic opportunities amid Russia-Ukraine Crisis and urged the government to attract more Russian-affiliated corporations to expand their market via Hong Kong.

The Hong Kong authorities do seem to keep Russian capital flowing into the city. The fact that the London Metal Exchange (LME), a subsidiary of the Hong Kong Stock Exchange, refuses to ban Russian metal from trading and storing in its system has attracted some scrutiny.

The latest exposure of Hong Kong-based corporations’ involvement in exporting semiconductor chips to Russia may also be related to the city’s business strategy. Hong Kong exiled activist spotted the trend back in October:

Regardless of intl outcry, Hong Kong Trade Development Council had a now-deleted post encouraging businesses to import computer keyboards into Russia. No wonder Hong Kong has become a shelter for some sanctioned Russian Oligarchs. These behaviors should be exposed and shamed. pic.twitter.com/NxxzgAwBuf

Even western sanctions do provide opportunities for strengthening Sino-Russia economic ties and RMB’s status as a global currency; as an international financial center where the banking infrastructure is highly dependent on the SWIFT system, the risk for Russian-affiliated trading in Hong Kong is huge. And overseas Hong Kong activist groups are watching closely:

Yet, in the long run, with the internationalization of RMB and the development of eCNY, it will be interesting to see if China CIPS can become an alternative finance transaction network that undermines the EU and NATO’s sanctions against authoritative regimes.