'We live here. What do we want this country to be?' 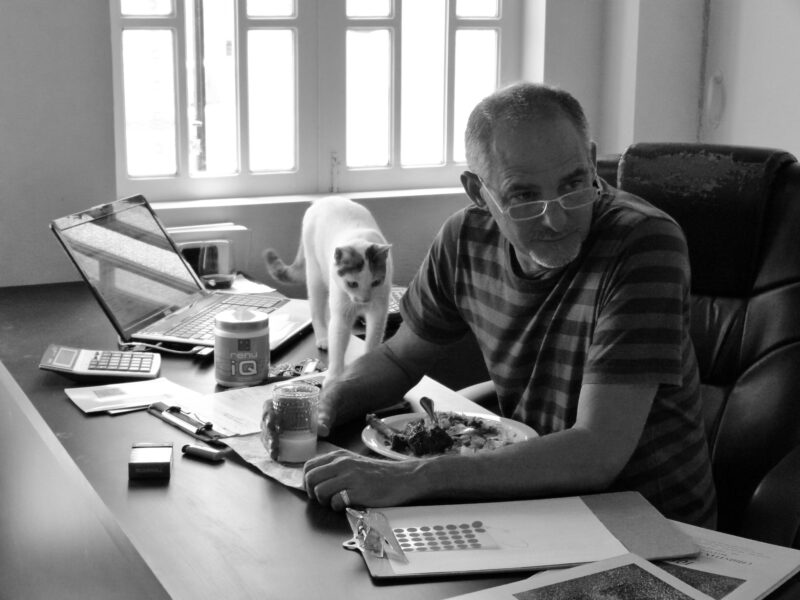 On the evening of December 19, news began to be shared via WhatsApp that prominent Trinbagonian art dealer and gallery owner Mark Pereira had been shot and killed at his holiday home in Blanchissuese, a village on Trinidad's scenic north coast. Local news outlets were soon reporting that Pereira had been murdered during an attempted robbery.

Members of the local art community were devastated at the loss, with The Art Society of Trinidad & Tobago posting on its Facebook page:

Mark was a long standing friend and supporter of the Art Society. […] His Gallery, 101, recently became the first Commercial Member of the Art Society as we launched a new campaign to breathe new life into the society by collaborating with corporate partners.

[The] entire Visual Art Community mourns his passing. We will miss his presence, which was always accompanied with a sophisticated flair. Mark was always generous with his wisdom which contributed significantly to the promotion and development of visual art in Trinidad and Tobago. Thank you for your service Mark.

We will miss your wonderful witty and mischievous presence. You taught so many of us how to ‘see’ more deeply and to appreciate the special energy of artistic creation.

Pereira's life had been, in a myriad of ways, dedicated to that energy. Born in Trinidad in 1955 to a Trinidadian father and a Grenadian mother, he moved with his family at the tender age of seven to live in South Africa, where his father, a pilot, had got a job. He was one of five children, but Pereira suffered a hard blow at 12 when his father died suddenly. Seven years later, in 1975, Pereira began a two-year stint of national service in the South African navy, where he was promoted to the rank of Able Seaman and did active duty off Angola in 1976.

He spent the next few years travelling extensively, but eventually returned to Trinidad in 1978. At first, he held down a sales manager job, then started a business supplying plants to corporate offices, restaurants and other businesses. By 1980, however, as he began researching documents related to Caribbean art and history, he discovered his true calling. As his interest grew, he began exhibiting the works of local artists, with some noteworthy exhibitions including the first works shown since 1939 by pioneering woman artist Amy Leong Pang (1987), and works by “the father of Trinidadian art,” Carlisle Chang, after he hadn't had a public show in 30 years (1998).

Pereira's art history research and book publications were also instrumental in reviving interest in many of Trinidad and Tobago's colonial-era artists, such as Agostino Brunias (1730–1796) and Michel Jean Cazabon (1813–1888), having spent five years travelling throughout the region and beyond learning about their work. He also brought attention to the works of early 20th-century artists like Sybil Atteck and Edwin Hing Wan, as well as brothers Geoffrey and Boscoe Holder.

The country has lost a great asset.

Gilberte Farah O'Sullivan remembered Pereira as “a model human citizen, and curator in support of the arts in T&T,” while diaspora artist and photographer Sonya Sanchez Arias posted:

I can’t even wrap my mind around this sad news!!!
Mark [has] made a tremendous contribution to the thriving Art market in T&T. […]
What a great loss for 🇹🇹 — he gave so much to our art and culture.

There are no words to describe the tremendous loss the art world of Trinbago and those who knew and loved Mark are experiencing right now. Shock, hurt, anger sadness are just some of the feelings that have been revolving after hearing the devastating news. […]

So senseless and cruel
Life can change in an instant.
Mark, you will forever hold a special place in my heart.
RIP ❤️❤️❤️

Given the circumstances of his death, online discussion soon turned to the crime situation in Trinidad and Tobago. In an estimated population of approximately 1.4 million, the current murder rate for 2022 is 560, making it one of the world's ten worst countries when it comes to violent crime.

Facebook user Anna Levi was of the opinion that “the state is doing nothing effective about the crime,” while filmmaker Nicola Cross commented:

Heinous.
To be a part of a community where we know so many, too many who have been brutally murdered and will continue to be is a matter of great sadness and shame.

U mean to tell me this man who made such a contribution to his country in art was gunned down in this same country […?]

The Women in Art Organisation of Trinidad and Tobago, meanwhile, expressed its wish “that his murderer/s will meet swift justice.”

In a private Facebook status update from which Global Voices was given permission to quote, Natasha Ramnauth said:

[Pereira's] contribution to the TnT art landscape is immeasurable. Over the years I've had many interactions with him, he was unfailingly polite, helpful and had a sharp sense of humour. […]

I'm sure the usual platitudes will be said, the omg crime in this place, etc. And a week from now it will be ham, ponche de creme and pastelles, straight into fete, fete, fete. Yes, life must go on, but when are we going to wake up and start fixing our issues, or shall we just continue to bury our heads in the sand and refer to whataboutism. We live here. What do we want this country to be?

While cultural activist Rubadiri Victor agreed that this type of violent crime “is becoming much too frequent,” he wanted to focus on paying tribute to Pereira, who “went against the grain of someone of [his] privilege.” Pereira offered Victor the use of his gallery — for free — to stage an exhibition:

Mark did not need to do this.

His was the highest of the high end of clientele. He did not have to reach back to lift up anyone. […] It was an opportunity he would extend to dozens of others who normally would not be able to access such a space for a showing. […] He took no commission. […] I remember Mark today for those gestures of generosity, of risk, of breaking of boundaries, & of commitment to the larger Spirit of Art & to expanding the community who are allowed into its venerable halls. May such Generosity become more the norm […] may we solve the blight of crime which itself is a creature of exclusion […]

Many similar stories were recounted on social media, with colleagues remembering his joy for life. In speaking with Global Voices by telephone, Pereira's friend Susan de Gannes said:

Mark was always helping somebody. Anywhere there was a need for assistance and people were going through hard times, Mark would always do what he could. And when it got beyond his personal capacity, he had a group of friends he would call on to contribute.

She also spoke of his excellent knowledge of local art and his eye for recognising a good piece:

I was always amazed at his instinct. I would sometimes look at a painting he recommended and not be convinced, but then Mark would frame it and throw a light on it and it would be completely transformed. If ever someone was unsure about a painting, he'd say, ‘Bring it outside in the sunlight,’ and they'd suddenly see it differently.

This, perhaps, was Pereira's greatest contribution: helping Trinbagonians see the art that helps them see themselves.