The climate crisis is a water crisis in the Himalayas

Global heating is disrupting the water cycle of the mountains 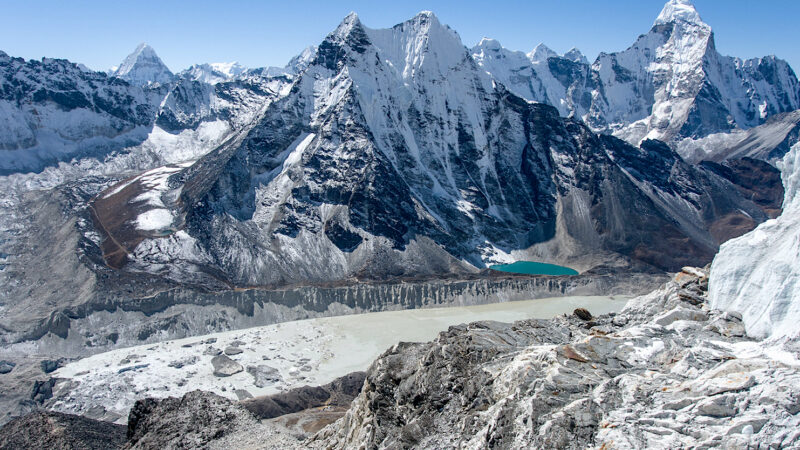 In the past 30 years, the Imja Glacier in the Khumbu, Nepal has grown into a lake 2km long as the permafrost and ice melts. Photo: Kiril Rusev via Nepali Times. Used with permission.

The Himalayas are the largest storehouse of water as ice after the polar regions, which is why they are called the Third Pole. The world’s highest mountain range is also referred to as the Water Tower of Asia, but the roof of the world is running out of water.

Sky rivers bring moisture from the ocean and precipitate it as rain or snow on the mountains. Much of it seeps into the ground, with the mountains acting like gigantic sponges. The rest is stored as ice and melts slowly in summer when glaciers brings the ice down.

But climate change is heating up the Himalayas faster than the global average, disrupting this water cycle. Rain is becoming more erratic, either coming in torrents or not at all, groundwater is depleting, and the glaciers have shrunk.

Rivers originating in the Himalayas and the Tibetan Plateau sustain the inhabitants of the mountains as well as 1 billion Asians downstream, who will have less water during the dry season in the coming decades.

If greenhouse gas emissions are not reduced, scientists predict that two-thirds of Himalayan glaciers will be gone during this century. Already, there is a river running through Everest Base Camp, and runnels in the Khumbu Icefall may turn it into a waterfall in the not-too-distant future.

Khim Lal Gautam, who was part of the team that measured the height of Mt Everest with greater accuracy in 2020, has climbed the world’s highest mountain twice and has noticed the changes.

“The moraine and permafrost here at the Everest Base Camp are melting dangerously. The glacier is collapsing, every time I come here, there is less and less ice,” says Gautam.

He adds, “The accelerated melting means this big river is now running through Base Camp. The average temperature here has increased in the last six years.”

Across the Himalayas, iconic icy peaks like Mt Machapuchare have turned into the bare rock during some seasons. Between October 2008 to October 2020, Mt Saipal, at 7,031m in far west Nepal, lost most of its ice, shocking mountaineers, scientists and locals alike.

In 2006, the serac below the summit of Ama Dablam that gave the mountain its name broke off, killing six climbers. “Ama Dablam means mother’s necklace, and a chunk of this big block of ice collapsed and thundered down,” says environmentalist and entrepreneur Dawa Steven Sherpa. “We are not just losing our mountains but a large part of our identity and what they mean to us.”

Researchers have made similar observations in the Karakoram in Pakistan, in the Tibetan Plateau, Bhutan and India where the permafrost is melting and glaciers receding.

“In the past, glaciers in the Karakoram were more stable than elsewhere in the Himalaya … but now even these glaciers have started melting,” says Pakistani remote sensing specialist Sher Muhammad, who is with the Kathmandu-based International Centre for Integrated Mountain Development (ICIMOD).

“Imja wasn't a lake before, it used to be a solid glacier,” adds Dawa Sherpa. “My father camped on the glacier 60 years ago with a Japanese expedition. Today, we need a rubber boat to be where he was back then.” 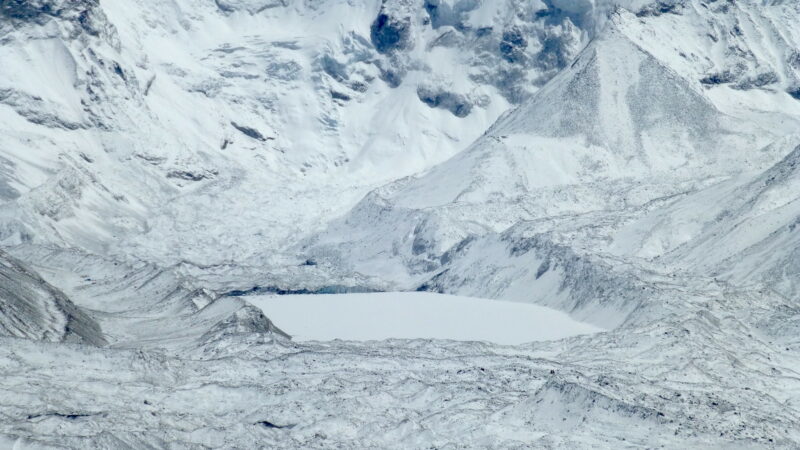 There are 3,252 glacial lakes in Nepal, and they are shrinking three times faster than in 1998. Many of them are filling up with meltwater and are in danger of bursting. Glacial Lake Outburst Floods (GLOFs) are a threat not just to human settlements but to infrastructure projects, many of them hydropower plants that are built along rivers downstream.

The massive debris flow on the Melamchi River in June 2021 that killed at least 30 people, submerged settlements, and nearly destroyed Nepal’s biggest infrastructure project to supply water to Kathmandu, was caused by a heavy monsoon downpour bringing down glacial sediments no longer cemented by permafrost.

While melting mountains are more visible, many more people are affected across the Himalayas by springs going dry and the reduced flow of rivers. People are abandoning villages and homesteads because of prolonged droughts and dry springs.

Women left behind are having to shoulder the burden of household chores, including fetching water from further away, even as there is less water to irrigate terrace farms. In parts of Nepal, this has led to an increase in child marriage and the school dropout rate for girls, undermining the country’s past gains.

The theme of this year’s International Mountain Day on 11 December is ‘Women Move Mountains’. Climate change in the mountains is not just a crisis but also an opportunity to empower women and local communities. From rainwater harvesting, reviving ponds, and drip irrigation to planting sugarcane and Napier grass on riverbanks to reduce flood risks, there are many successful examples in Nepal of local adaptation. But much like air pollution, tackling the impact of climate change in the Himalayas needs a cross-border and regional collaboration. In fact, worsening regional air pollution is leading to an acceleration in melting. Black carbon and soot particles from vehicular emissions, industries and fires are reaching higher altitudes and increasing the melt rate of glaciers already thawing due to global warming. 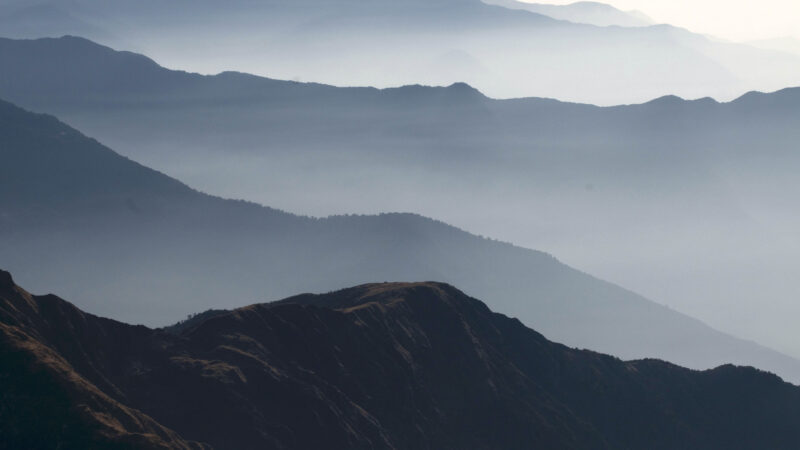 ICIMOD Director General Pema Gyamtsho from Bhutan said: “We need to put more focus on building transboundary cooperation. That has always been our mandate, but I think now, we need to fast forward these initiatives.”

The Himalayas have more biodiversity than any other place on earth because of their elevation and moisture range. Researchers say this makes them an extraordinary place for species to flourish. But climate change is impacting the diversity of plant and animal life that has evolved in the sensitive mountain ecosystem. Many have never been studied and could have immense medicinal and utilitarian value.

The recently concluded COP27 Climate Summit in Egypt agreed on a mechanism to compensate poorer countries for loss and damage from climate change but fell short of the required decarbonisation targets. There is now serious doubt if the global average temperature can be limited to 1.5 degrees Celsius above pre-industrial levels.

In the second week of December, scientists and governments met in Montréal to find ways to avert what they call the ‘sixth extinction’ — the largest loss of biodiversity on the planet since the meteorite strike that wiped out the dinosaurs 65 million years ago. Some of this is due to the climate crisis, but human settlements and consumption are also destroying habitats. Just as at COP27 in Egypt, the UN Biodiversity Conference (COP15) in Montréal will also set targets for the global biodiversity framework.

Himalayan geographer Alton C. Byers, who has been studying the impact of climate change on the ecosystem of the Kangchenjunga region warns: “People think mountains are invulnerable, invincible. They are not, they are some of the most fragile ecosystems in the world which is why we need to give them special consideration and protection.”