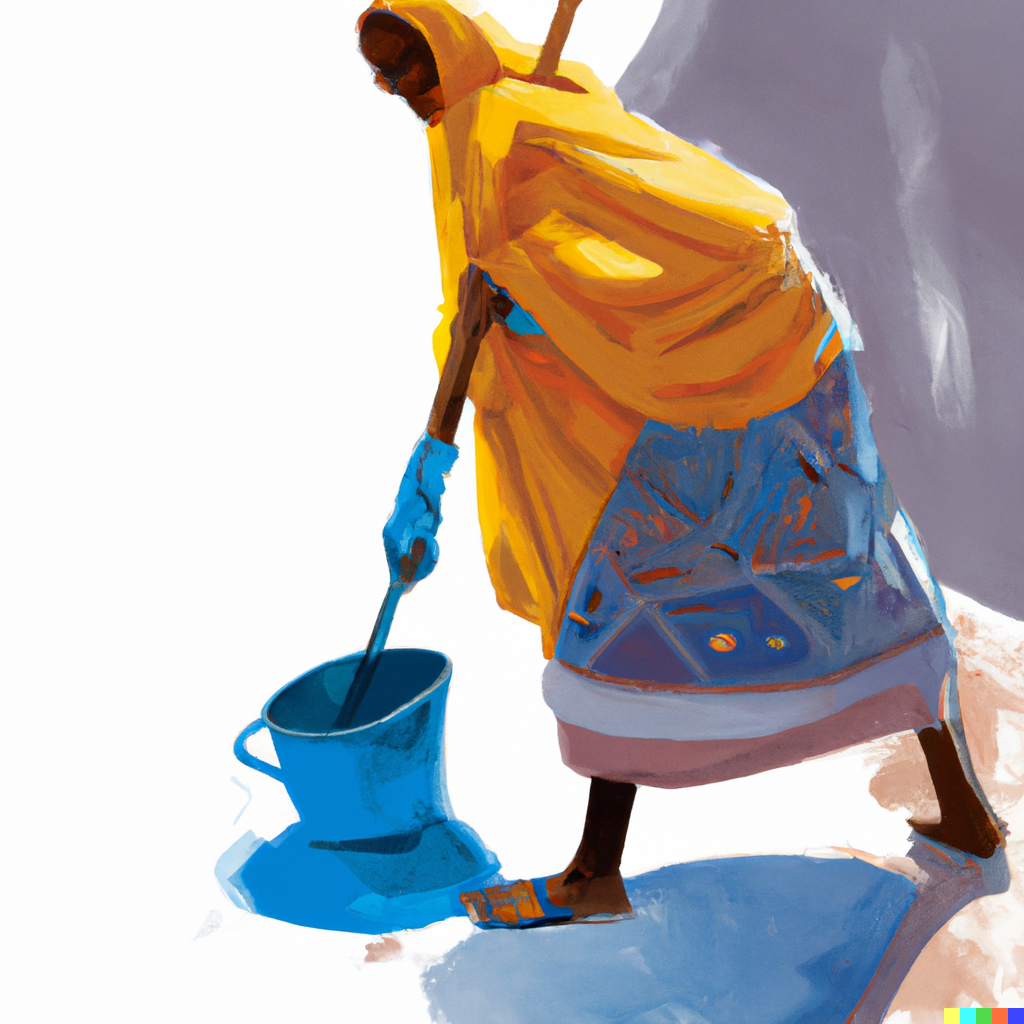 Art work by Mariam A., used with permission.

The World Cup in Qatar has once again spotlighted the realities of migrant workers: stories of death, injury, and dangerous working conditions of those who built the infrastructure for the event have surfaced.

The Guardian pegs the number of migrant workers’ deaths in the past decade since the awarding of the World Cup at 6500. This report brings attention to important issues around the exploitation of migrant workers by public and private employers alike.

The focus on construction workers has, however, rendered invisible in public memory another significant group — migrant domestic workers. Women workers from South and Southeast Asia and Africa constitute almost 17 percent of 41.4 million migrants in Gulf countries, mostly finding work in the domestic work sector. Qatar alone accounts for 1,80,000 of these workers.

International Migrants Day is an opportune moment to call for dismantling the structural issues underlying workers’ exploitation, and highlight pathways to restoring their agency.

The Kafala system is the immigration regime underlying the conditions of forced labour, regulating employment contracts for immigrants in most Gulf countries with the exception of Iraq. The system ties the workers’ employment and immigration status, and freedom of movement to employers, which propagates forced labour and undercuts the agency of workers.

The Kafala is a prime example of exploitative and restrictive visa regimes that govern temporary seasonal or tied employment in other contexts as well, leading to similar situations as trafficking for migrants.

The Global Alliance Against Traffic in Women (GAATW) points to forms of abuse and conditions of forced labour that restrictive visa regimes in countries such as the United States, for instance, enable.

Under the Kafala system, workers can be deported if they leave their jobs without their employers’ written permission. Workers also remain completely dependent on employers to renew their visas, which effectively removes their right to determine where they live or work. This means that workers have very little agency to find alternatives to poor pay or conditions of work.  In addition to that, workers are exposed to frequent wage theft, non-payment of wages, and overwork without any weekly leave or regular break times throughout the day.

In many cases employers confiscate identity documents such as passports upon entry, and even restrict access to mobile phones and limit contact with families, which severely constrains the workers’ independence. Domestic workers are especially vulnerable because of the nature of their work, which is inside employers’ private homes.

Given the culture of impunity surrounding such abuse and the criminal persecution of workers who “abscond” from their employers’ homes, employers have next to no accountability.

A ground-breaking study conducted by Egna Legna, an organization of migrant workers based in Lebanon, found that 68 percent of workers in their sample of nearly 1,000 migrant domestic workers in the country have faced at least one experience of sexual harassment. The perpetrators were most often employers (70 percent of reported cases), as well as friends and relatives of employers (40 percent).

Workers were denied access to justice, with even the handful of workers in the study who approached law enforcement being dismissed or asked to be cautious or even run away. Rampant abuse with little support from local authorities, on top of being cut off from families, has a severe impact on the mental health of workers — several respondents in the study had thought about self-harm or death by suicide.

Another striking reality is the fetishization and abuse of Black migrant workers. Workers originating from the African region report experiencing various forms of physical, verbal, and sexual violence more consistently than workers from other countries.

The immigration regimes of countries of origin also have a role to play in increasing workers’ vulnerability. Ethiopia, for instance, has banned the deployment of domestic workers to Gulf countries, even as agents continue to illegally recruit and place them. Workers are forced to enter Gulf countries through visitor visas and overstay their tenure, which exposes them to further exploitation by agents, employers, and local authorities.

GAATW notes that policies that restrict women’s movement as a justification for reducing trafficking push workers towards illegal routes for migration. For women migrants, migration can offer independence, since their livelihood options in their home countries can be limited by gender norms and other factors. We need systems that protect workers’ rights more than systems that aim to stem migration altogether.

Qatar became one of the first countries to reform the Kafala system in 2020, aiming to reduce the absolute control employers hold over migrant workers’ legal status in the country. Workers in Qatar are no longer required to receive no-objection certificates from their employers before shifting jobs before the end of their contract, which remains the case in other countries.

The reforms also set a higher minimum wage for all workers, making Qatar only the second Gulf country after Kuwait to have minimum wage regulation. The country also passed a domestic workers’ law in 2017, with provisions around work contracts, work hours and pension.

However, as the International Domestic Workers’ Federation points out, the implementation of these laws and reforms is still quite poor — over half of applications to change employment are still rejected. The union has issued calls to the Qatari government to work with migrant workers’ groups to implement reforms.

Organizing workers is one of the primary routes to breaking these cycles of isolation and abuse. Unions and informal collectives of workers have managed to gain a foothold despite freedom of association being denied under the Kafala system. Unions remain unable to register and gain collective bargaining rights despite building awareness among workers and offering essential services such as legal representation and crisis response. In most GCC countries and several jurisdictions globally, domestic workers are explicitly excluded from labour law and social protections.

There are clear pathways to restoring workers’ agency and dignity.

First, reform and abolition of the Kafala system are necessary to delink immigration status from employment status. Domestic workers need to be included within national labour law frameworks with adequate protections for minimum wage, working hours and conditions, and social protection.

Domestic workers must also be included within national law on sexual harassment, such as Law 205 in Lebanon, which was passed recently to protect workers against violence at the workplace but does not provide additional labour rights guarantees to ensure the protection of domestic workers.

A second prong of reform needs to target laws on immigration in countries of origin, including lifting discriminatory bans on migration, reintegration programmes for returnee workers, and signing bilateral agreements to protect workers’ rights.

Other actionable demands include support for workers facing abuse through local embassies of origin countries, and access to justice through trained labour-law and police officials.

It is vital to ratify global standards around migration. including the Protocol of 2014 to the Forced Labour Convention, 1930, and Conventions 189 on Domestic Workers and 190 on Elimination of Violence and Harassment.

Above all, these reforms demand a shift away from immigration regimes that aim to penalize workers fleeing devastating economic conditions towards systems that promote safe migration routes and restore workers’ agency. 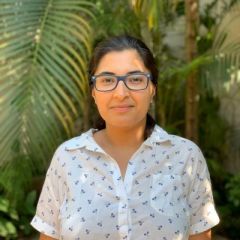 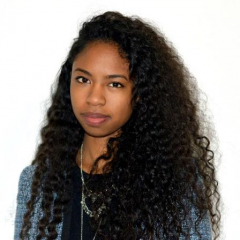