In the midst of Trinidad & Tobago's parang season, calypsonian Singing Francine passes on

'She unblocked the path of women in calypso' 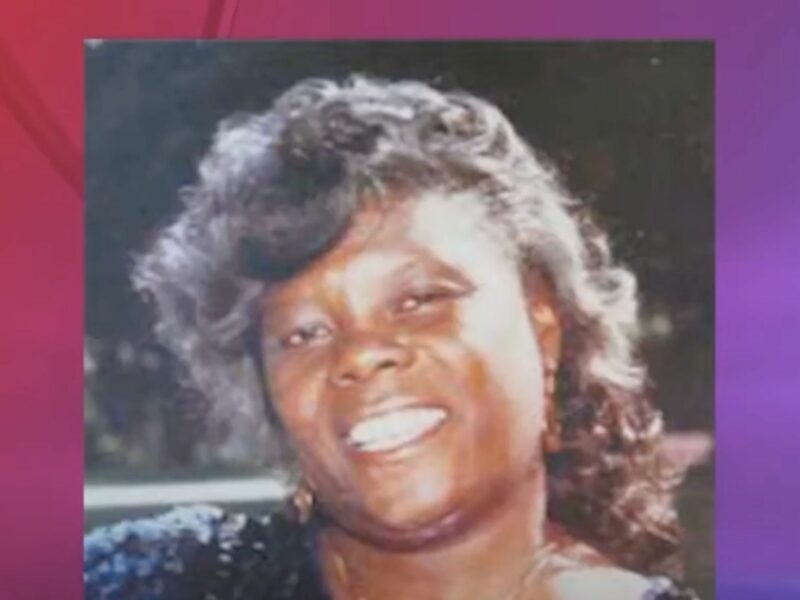 In the Caribbean, calypsonians and their musical offerings are typically associated with Carnival, but Barbados-born, Trinidad and Tobago-raised Francine Edwards managed to successfully cross over into the genre of parang — folk music introduced to Trinidad from Venezuela that is usually performed around Christmastime — in which she created some of her most enduring hits. The singer, more popularly known by her sobriquet “Singing Francine,” died of heart failure on the morning of December 16 in New York, where she lived. She was 79 years old.

Born on February 13, 1943, in Barbados, Edwards moved at a young age to Trinidad and Tobago, where she readily absorbed the twin-islands’ musical culture. A Facebook post by the Trinbago Unified Calypsonians’ Organisation (TUCO), recalled that when asked how she began singing calypso, Edwards responded, “I never became involved in the calypso art form. I was born into the calypso art form.” Throughout her decades-long career, the post added, Edwards would use her platform to highlight pressing social issues, especially those affecting women:

In 1975, she sang ‘A Call to Women,’ encouraging more women to use calypso music as a vehicle of self-expression. In her 1978 calypso ‘Runaway,’ she addressed the topic of domestic violence, urging women in abusive living situations to seek help.

TUCO acknowledged her success as a calypsonian, having won Trinidad and Tobago's coveted National Calypso Queen competition four times, in 1972, 1973, 1981 and 1983.

The Carnival Institute of Trinidad and Tobago, meanwhile, noted that before going solo, Edwards first honed her skills as a background vocalist for calypso greats Aldwyn Roberts (Lord Kitchener) and Slinger Francisco (The Mighty Sparrow):

Singing Francine [took] on obstacles such as discrimination and chauvinism to make an enormous impact to the advancement of calypso and paved the way for many females to come in the art-form. She unblocked the path of women in calypso.

Her music always had a melodious quality to it, with strong hooks that encouraged listeners to sing along, no matter how serious the topic was. This mellifluence made the transition to parang music almost seamless for her. In 1981, she released her first parang album “Christmas is Love,” which featured a blend of calypso, soca and parang sounds, a hybrid dubbed “soca parang,” after fellow calypsonian Crazy's album “Parang Soca” just three years prior.

Her numerous parang hits, which included songs like “Hooray, Hurrah,” “Parang Parang,” I Love Christmas,” “Christmas is Love,” “Caribbean Christmas,” and “Ay Ay Maria,” earned her the reputation, according to TUCO, as “one of the best parranderos in Trinidad.”

Her longtime friend and manager, Cherril “Pauline” Caraballo, remembered Edwards as “a praying woman,” who was also “very brave, cheerful and loud.”

Fans of her music expressed their condolences on social media, with many of them quoting some of her song lyrics that touched them.

Posting a video of one of Edwards’ performances on Facebook, Iya Ajè Bernard said:

This time of year yuh sure to hear a Singing Francine playing on the radio…but I know you will be jamming in that big session up in the sky with all the rest of icons who transitioned. Travel well lady.

Dwayne Arthur, a performer who knew and worked with Singing Francine, shared a video tribute to Edwards in which he paid his respects to a “beautiful voice” and “brilliant entertainer”:

I sang at the same calypso tent with her and she was always encouraging and respectful to all the upcoming artistes as well as people at large.

Singing Francine was a courageous and strong female voice in a genre that overflowed with testosterone and machismo and the problems that arise with excesses of both. She was a pioneer, a survivor and a talent both in calypso and in soca parang. She will be missed…
May she rest in peace. Ay Ay Maria.

Edwards leaves behind a daughter, Shirley, five grandchildren and three great-grandchildren, all living in Barbados. It has not yet been determined where the singer's funeral will take place.