A political activist was sentenced to 50 days in administrative detention 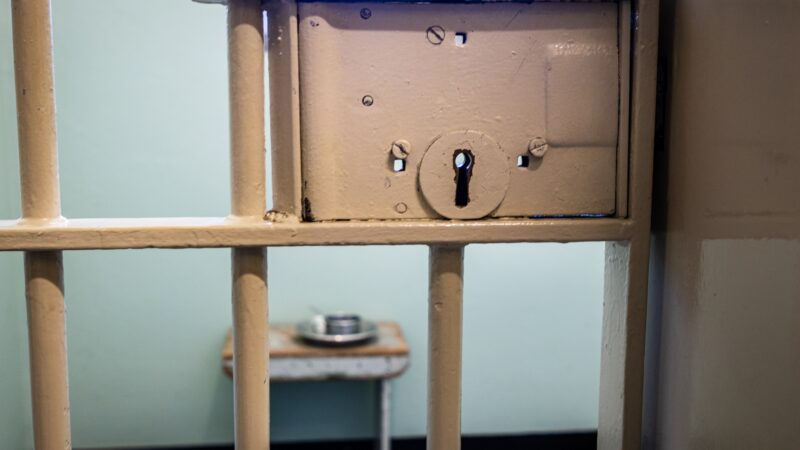 Image by Grant Durr. Free to share under Unsplash License.

On December 9, ahead of International Human Rights Day (December 10), prominent political activist Bakhtiyar Hajiyev was arrested and later sentenced to 50 days in administrative detention. Hajiyev is facing multiple charges — hooliganism and contempt of court. If found guilty, Hajiyev may be sentenced to three years behind bars.

He is charged with hooliganism & disregard for the court.

Hajiyev's lawyer is prevented from entering the courtroom & he is tried without access to legal representation. https://t.co/BCgmwpW6Jw

Following the arrest, scores of international stakeholders voiced their concerns. Peter Stano, the spokesperson for the external affairs of the European Union, tweeted:

Azerbaijan:🇪🇺 is concerned about the reported arrest of civil activist Bakhtiyar Hajiyev allegedly on hooliganism charges. The EU calls on 🇦🇿 authorities to ensure a transparent and impartial investigation of his case. https://t.co/JR5pdJlsi3

The US State Department's Principal Deputy Spokesperson, Vedant Patel, said in a daily press briefing that the State Department was “deeply troubled by the arrest and the detention of Mr. Hajiyev” and urged the authorities to release the activist “expeditiously.”

Former #PrisonerOfConscience from #Azerbaijan Bakhtiyar Hajiyev is arrested again. He faces up to three years in jail on politically motivated charges. He must be immediately released and afforded a fair trial

On December 9, the US sanctioned at least one official from Azerbaijan on the grounds of human rights abuses and violations. The official is Kerim Heydar Alimardanov from the Department for Combating Organized Crime at the Ministry of the Interior.

Meanwhile, local political activists, representatives of civil society organizations, and rights defenders have set up a committee to defend Hajiyev on December 10, according to reporting by Azadliq Radio.

Speaking to Azadliq radio on December 10, the head of the committee, Rufat Safarov, said the arrest indicates the state has no intention to drop its bad intentions [in targeting civil society groups and their representatives]. Safarov also added the charges are viewed by the committee as a sham.

Ali Karimli, the leader of the opposition Popular Front Party, told Meydan TV that Hajiyev's arrest was nothing but political repression. “I consider the ruling handed down on December 9 a political order,” Karimli told the news platform.

Lawyer, Shahla Humbatova, told Meydan TV that she had no doubt Hajiyev was reprimanded over his criticism of the authorities.

Earlier this year, Hajiyev was kidnapped and beaten over his criticism of local authorities. Despite promises, no perpetrators were caught.

🇦🇿 Our thoughts are with @hajiyev who was arrested by Azerbaijani authorities just day before the #InternationalHumanRightsDay. We demand an immediate release to all #politicalprisoners in Azerbaijan and across the #EaP region: https://t.co/el8ryWxJDh #FreeBakhtiyar https://t.co/Yj0EtLFKYp

In a statement issued on December 10, marking International Human Rights Day, the Forum called on all Eastern Partnership governments to “cease persecution against human rights defenders and respect the freedoms enshrined in the Universal Declaration of Human Rights of which they are signatories.” The statement also specifically mentioned Hajiyev's recent arrest:

On this day, like any other day, thousands of people in the EaP region, including recently arrested activist Bakhtiyar Hajiyev, will wake up in prison, where they are being held because of protecting human rights, promoting democratic values and principles, and trying to ensure meaningful participation, equality, security, and inclusive societies.

Hajiyev's arrest is not an isolated case. Scores of activists and journalists continue to face a wave of persecution in Azerbaijan. Authorities refute claims that the present crackdown — including Hajiyev's — is political.