'Accountability [is] the master key to change' 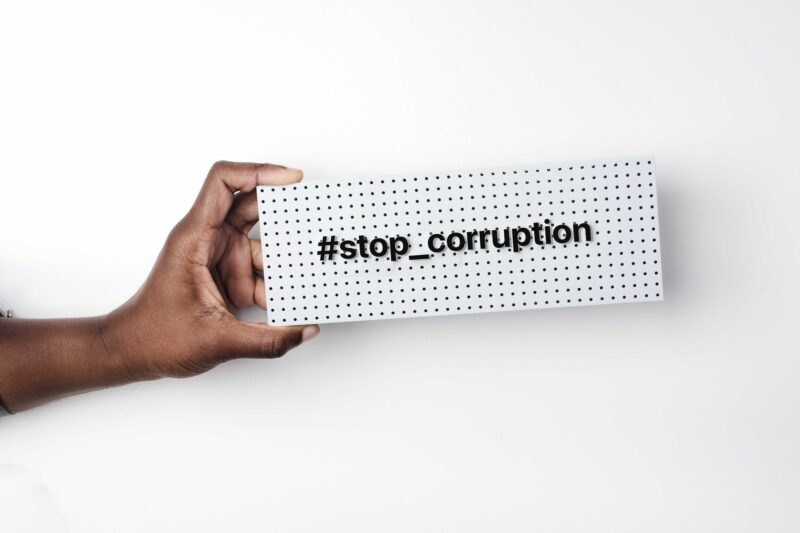 The year 2023 will mark 20 years since the adoption of the United Nations Convention against Corruption (UNCAC). While the scourge of corruption is a threat to equity and stability for people all over the world, the comparatively smaller size of island nations makes the problem seem that much larger and more immediate. The 2022 observance of International Anti-Corruption Day (IACD), marked annually on December 9, aims to “highlight the crucial link between anti-corruption and peace, security, and development”:

At its core is the notion that tackling this crime is the right and responsibility of everyone, and that only through cooperation and the involvement of each and every person and institution can we overcome the negative impact of this crime. States, government officials, civil servants, law enforcement officers, media representatives, the private sector, civil society, academia, the public and youth alike all have a role to play in uniting the world against corruption.

Over the coming year, organisers plan to reflect on the strides the Convention has helped facilitate, and examine which gaps still remain in this seemingly ongoing battle. At Global Voices we, therefore, decided to look back at our corruption-related stories, to get a snapshot of how the Caribbean has been affected and what progress has been made over the years.

The issue of corruption has consistently been featured in our regional year-end reviews, which offer an annual snapshot of the stories we cover. In 2014, the highest-ranked (and therefore perceived to be the least corrupt) Caribbean nation on Transparency International's Corruption Perception Index was Barbados, which came in at Number 17 out of a list of 174 countries. However, it had fallen in the rankings from the previous year. Meanwhile, Jamaica and Trinidad and Tobago shared the 85th spot, Guyana was ranked at 124, and Haiti brought up the rear for the region at Number 161, giving it the dubious honour of being the most corrupt Caribbean territory.

Seven years later, in the 2021 CPI, it may seem that not much has changed. Barbados, under the leadership of Prime Minister Mia Mottley, performed quite well at Number 29, with another regional territory — the Bahamas — coming in at Number 30. A few Caribbean countries were ranked in the 30s, 40s and 50s, with Jamaica at Number 70, Trinidad and Tobago at 82, and Guyana also improving its ranking at 87. Haiti was once again last in the region at Number 164, but its position was an improvement from the previous year.

Transparency International is always careful to state, however, that its annual CPI measures the perceived levels of public sector corruption by country, not instances of corruption itself. Its methodology involves the selection of source data, which it then rescales, aggregates, and reports on, making accommodations for a certain measure of uncertainty. The results are guided by strict quality controls, including “parallel independent calculations conducted by two in-house researchers and two academic advisors with no affiliation to Transparency International.”

Data sources include bribery, abuse of public office, nepotism, and diversion of public funds, but the process also involves the examination of a country's ability to enforce integrity mechanisms, prosecute corrupt officials, make processes less bureaucratic and more transparent, enforce financial disclosure laws, honour citizens’ rights to information access, and protect journalists and whistleblowers. It is in some of these areas that the Caribbean has made some progress, which may partly account for the improvement in rankings.

Towards the end of 2019, for instance, Jamaica launched its Accountability Meter Portal, a website that tracks government performance, including corrupt activity, by giving citizens uninhibited access to their political representatives and educating them about how government works. It's a non-partisan, non-governmental, nonprofit initiative, built around the concept of an Account-A-Meter that allows everyone from citizens and civil society organisations to journalists and the government itself, to keep track of policy or regulations breaches through direct access to accountability officers.

Interestingly, however, the site's creator, Jeanette Calder, doesn't see it as an anti-corruption tool, though she admits it can reveal corrupt practices. Instead, she views it as a way of ensuring accountability. In a 2020 interview with Global Voices, she noted:

I don’t think you can ‘fight corruption.’ Corruption happens in the dark. […] Let's hold people accountable for not doing their job, not honouring the rules and policies that are in place! Once you start doing that, it takes care of a lot of the corruption. […] Accountability is not just a key — it is the master key to change.

Also in 2020, Jamaica introduced a National Consensus on Crime — an agreement among government, the parliamentary opposition, private sector, and civil society, which sets a course for strengthening crime and anti-corruption legislation. The challenge with these types of measures, however, is follow-up, and sure enough, an oversight committee chaired by the head of the Jamaica Chamber of Commerce, soon expressed concern that the deadlines for several targeted actions had been missed.

Like many other regional territories, Jamaica has not always successfully prosecuted alleged corruption, and its police service is widely perceived to be corrupt. In Trinidad and Tobago, prosecution for alleged corruption seems rather hit-or-miss, and while the country passed procurement regulation legislation in 2020, concerns remain about a clause that critics say could make it easier for corruption to thrive.

Most recently, the disgraced Trinidad-born former FIFA vice president, Jack Warner, made news for losing his Privy Council appeal regarding extradition to the United States on racketeering and money laundering charges. While Attorney General Reginald Armour does not plan to block the extradition, Trinbagonians remain sceptical about justice being served.

Everything from electioneering to the justice system is perceived to have some measure of corruption in the region. For a few months in 2018, Guyana's very political system was in a precarious position following a parliamentary no-confidence motion that was reportedly precipitated by corruption allegations.

Region-wide, there are also press freedom concerns, many of which are centred around digital privacy, protection, and cybercrime laws, but for every challenge, there is hope. Caribbean youth have been at the forefront of the anti-corruption movement, and regional Transparency International chapters have been doing their part to remove the veil of secrecy from corrupt practices.

While there is still a lot of work to be done in dismantling the systems, many of them inherited, that have allowed a culture of corruption to inculcate itself within the region, perhaps Caribbean countries are finally beginning to rid itself of the perception that corruption is simply a part of doing business. As the annual Transparency International CPI has repeatedly shown, it is anything but.