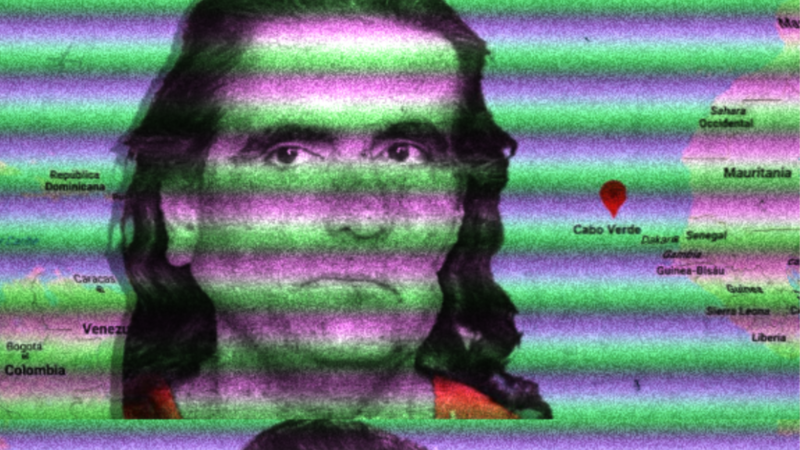 If you don’t follow Venezuelan news, you probably haven’t heard the name Alex Saab. The story of his business empire as President Nicolás Maduro’s financial operator is essential to understanding corruption, abuse of power, and the humanitarian emergency in Venezuela. However, Alex Saab is also an excellent example to understand government disinformation and the dynamics behind Maduro’s propaganda machine, which include attacks and persecution against journalists and the blocking of digital media.

Who is Alex Saab?

Alex Saab is a Colombian businessman. His first public and political appearance in Venezuela was in 2011, signing a commercial document between the Juan Manuel Santos and Hugo Chavez administrations. Saab has been involved in corruption schemes in housing projects and Venezuela’s government food program for impoverished communities during the humanitarian emergency that began in 2014 and is currently ongoing.

Saab was arrested in Cape Verde, Africa, on June 13, 2020, and was accused of being a financial figurehead for Nicolás Maduro and of laundering millions of dollars through the Venezuelan exchange control system. He was then extradited to the U.S., despite Maduro’s efforts to avoid it. In a turn of events, in February 2022, it emerged that Saab had been working undercover for the United States Drug Enforcement Administration (DEA) since 2018.

In 2015, investigative digital media Armando.info was the first to uncover Saab’s corruption scheme with the government housing project Gran Misión Vivienda from 2012 to 2013. The outlet reported how Saab received $159 million USD, but only delivered $3 million USD worth of construction (that’s 4 out of every 100 promised houses). That year, his name was also found in the Panama Papers deviating funds to buy houses in Panama.

In 2017, Saab reinvented himself and started selling food for CLAP (Local Supply and Production Committees), a program that sells subsidised food boxes to impoverished communities aimed at reaching 7 million families and reducing food insecurity amidst the humanitarian emergency. The food Saab sold to the government was overpriced and Maduro's government paid for it with preferential dollars — dollars given by the government at beneficial rates within the country's exchange control system.

That year, digital media Armando.info also investigated the issue, and the team was sued directly by Saab and Nicolás Maduro. This was the beginning of a systematic attack against the digital media and the four journalists who led the corruption investigations: Roberto Deniz, Alfredo Meza, Ewald Scharfenberg, and Joseph Poliszuk. The legal action filed against them accuses them of “continued aggravated defamation.” The team was found guilty, had to flee the country under international protection, and was forbidden by CONATEL (The National Commision of Communications) to continue its investigations against the CLAP program, or even mention Saab’s name.

Since 2017, Armando.info has been subjected to persistent internet blocking and digital attacks that aim to censor Venezuela’s most prestigious investigative journalism digital media.

User friends of @ArmandoInfo: Our site is currently the object of a massive electroinc attack that keeps it basically blocked. In view of this, our colleagues at @la_patilla have done us the favor of publishing our FULL note today.

In 2019, the U.S. Treasury Department sanctioned Saab after assuring the public it had evidence of his corruption scheme through the CLAP program. That same year, the District Attorney for the Southern District of Florida indicted Saab and his partner Álvaro Pulido for money laundering more than 350 million USD through a bribe plan made with the Venezuelan government.

Despite Maduro denying his financial relationship with Saab in 2017, Maduro’s government started an intense campaign after he was arrested and made stopping his extradition to the United States a priority. Streets in Caracas were flooded with graffiti asking for his liberation, allegedly paid for by the government. But the political and propaganda strategy was also fascinating.

First, Maduro’s government tried to denounce his detention as a political arrest after the Venezuelan government quickly named him Plenipotentiary Ambassador of Venezuela to the African Union. Saab’s lawyer David Rivkin, used this as his main defence: “If the United States violates diplomatic immunity, it sets a dangerous precedent,” he explained to Revista Semana in an interview. Venezuela was able to make him a diplomat because it had also secretly granted him Venezuelan citizenship.

Saab also issued a statement that denounced his “kidnapping and torture by the United States government in complicity with the Cape Verde authorities, who arbitrarily tortured and held him prisoner for 491 days, without an arrest warrant or due process.”

That same month, Jorge Rodríguez, the president of the National Assembly of Venezuela, requested that Saab participate in the Mexico negotiations, where the government and opposition met to establish a dialogue of understanding between both sides.

The role of social media in all this

Social media has been crucial to Chavismo’s strategy to uplift Saab’s reputation. The week of his detention in Cape Verde, for example, Saab was involved in every relevant conversation on Twitter. “Every update about Saab’s case creates a huge amount of content on national, international, and social media. Hashtags related to Saab are incredibly repetitive. We see trending hashtags about him every single day, and some of them are very problematic, especially those promoted by Maduro’s government,” explains Maria Virginia Marín, the director of Probox, a team focused on monitoring and analysing social media conversations in Venezuela. This exhaustive report mentions some of the narratives used by Maduro’s government.

That week his detention was a trending topic for four days with the hashtags #AlexNosUnióMás, #AlexPresoPolítico, and #AlexEsDiálogo (Alex united us, Alex political prisoner and Alex is dialogue), promoted by high-ranking Chavista political actors and institutions, and with a 55 percent engagement by automated or fake accounts. Probox categorises accounts as automated when they seem to only engage with certain political actors in Venezuela. In this case, they recognized that 55 percent of the accounts as ones that only interact with tweets by Chavismo, use hashtags promoted by Chavista entities, constantly changed their user and name, and deleted old tweets to hide inorganic activity.

After his extradition to the United States and the announcement of his inclusion in the Mexico talks in September 2021, Saab’s trending topics reached a peak. It was the month when he was mentioned the most on Twitter, with 34 hashtags about him making it to the trending topics, all of them promoted by radical Chavista accounts and 53.75 percent of inorganic interaction. State entities were also involved in the conversation, with the Public Ministry (General Prosecutor’s Office) promoting the hashtag #LaVerdadSiempreTriunfa (truth always prevails) the day after his extradition.

Alex Saab’s case has become one of the most relevant incidents to understand Maduro’s propaganda machine in Venezuela, and the effect it has on social and political events. It also highlights the fundamental role of digital media, especially investigative journalism that denounces authoritarian practices. Platforms like Probox and Armando.info have been able to provide some level of transparency in one of Venezuela’s biggest corruption cases.