The three Gupta brothers have disproportionate influence in South Africa 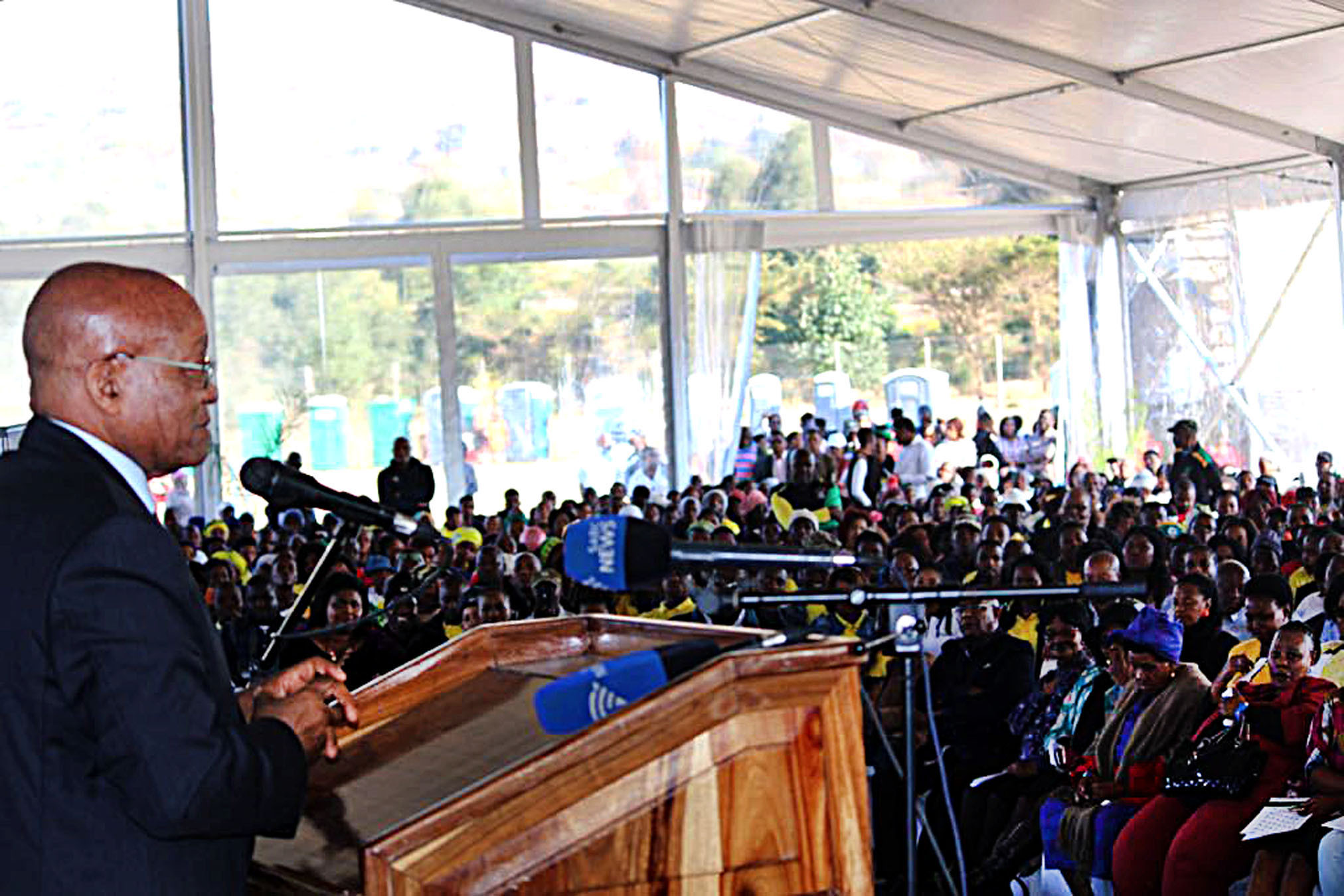 Handing out ministerial positions, corruption, and embezzlement — this is how the Gupta family, in collusion with the then-president Jacob Zuma, captured South Africa using their tech, mining, media, and engineering business empire. Commonly referred to as the “Gupta family,” the three brothers, Atul, Rajesh, and Ajay Gupta, established a small tech company in South Africa in 1993 upon their move to South Africa from India, and later, after buying large stakes in a variety of industries, were able to grow their wealth exponentially. By 2016, Atul Gupta was featured in Who Owns Whom– an independent research organization focusing on African business and industry as the richest person of color in the country.

This band of brothers was able to leverage their wealth into influence by nurturing a close relationship with Jacob Zuma, who served as President from 2009 until his impeachment in 2018. As far back as 2003, the former president’s children received senior positions in the Guptas’ corporations, fully-funded weddings, and even Dubai apartments in exchange for control and influence.

This points to a darker commentary on the possibility of abuse by the ultra-rich worldwide. More specifically, existing legislation and policymakers appear to operate under the assumption that such individuals will use their political influence with restraint.

Ironically, given the leniency afforded to domestic actors, when it comes to the interference of overseas authoritarian governments, a flurry of “foreign influence“ laws exist to limit and monitor any intervention in domestic politics in the form of misinformation campaigns, lobbying, political donations, and espionage by an individual, group, organization, or corporation on behalf of a foreign state — acts which China and Russia have been particularly complicit in. This has prompted the UK’s Foreign Influence Registration Scheme — intended to combat foreign influence and espionage and to protect research — which is expected to receive royal assent in 2023. Similarly, in 2021, Canada introduced the Act to Establish the Foreign Influence Registry Bill out of concern that MPs and other legislators have benefitted from maintaining a relationship with China.

And so, governments are responding to the lessons learned by the Cold War, namely that states are no longer only waging war through combat but also through influence. While the world has become increasingly aware and fearful of the illiberal influence of authoritarian regimes, is state capture in South Africa proof that they are not the only ones working in the shadows to influence the domestic policies of liberal states?

In the case of kleptocracy in South Africa, the infamous Gupta family and the former president Jacob Zuma were embroiled in the scandal, with the latter relying on advice from the global consultancy Bain and Co. to repurpose state institutions for their own benefit. They “captured“ five of the country’s largest state-owned enterprises and also disabled the country’s tax collection services agency, SARS. The resulting Zondo and Nugent Commissions revealed billions of South African Rands were lost. While many have lamented the financial cost, further implications of the scandal include stunted economic growth, the state's failure to intervene in increasing unemployment, worsening inequality and poverty, as well as less foreign investment in the country.

However, there is a secondary concern, one of undue political influence. The initial Financial Times story that broke the “state capture” scandal referenced the Gupta family’s ability to influence appointments to the position of Finance Minister. Mcebisi Jonas, operating as Deputy Finance Minister from 2014–2016, confirmed that the Guptas offered him the position. Additionally, African National Congress member Des van Rooyen has admitted that the Guptas approved his appointment as Financial Minister after having visited their home as many as seven times in the days leading up to his appointment. And so, the Gupta family appears to have had a say over ministerial appointments — something which, in the context of foreign influence by authoritarian regimes, is considered illegal by most legislation.

Notably, the Guptas are not alone in their wealth. Growing inequality and uncapped wealth in the globalized world have created a mega-wealthy segment of society. With money comes influence. Thus, does the unchecked power of the mega-wealthy pose a danger to the integrity of domestic policy and sovereignty? While the Gupta family was involved in outright illegal activities that included bribery and tender corruption, in this age of ultra-high net worth (UHNW) individuals, disproportionate legal and political influence surely follows.

A recent example of legal influence is Elon Musk’s recent endorsement of the Republican party in the build-up to the US election. Typically, tech executives have avoided partisan announcements. However, Musk, the new owner of Twitter, has used his platform to advocate for a particular political party. Many people admire the PayPal founder with a net worth of just under USD 200 billion and would most likely respect his opinion more than the average political scientist, analyst, or expert. And so, figures like Musk have influence or sway over the opinions of the general public with no need for expertise in the given field.

But the problem runs deeper. Multinational corporations (MNCs) wield immense wealth and, therefore, power. MNCs can select countries with the best regulations and rules to maximize their profits, ultimately undermining relevant local legislation. These companies often direct revenue to hold companies incorporated in tax-haven countries such as Switzerland, Luxembourg, the Cayman Islands, and Singapore — leading to trillions of tax-free US dollars in what is known as “stateless income.” Profits have skyrocketed to the point of exceeding the majority of the world’s country’s GDPs. This then poses the question: Do states have any authority over MNC actors?

Ultimately, legislators’ attitude toward UHNW individuals and MNCs is vastly different from that of foreign state actors. In other words, the former is given the benefit of the doubt and assumed to practice restraint. The latter is monitored and regulated by registration schemes. This is despite the ability of UHNW individuals and MNCs to sway public opinion, lobby, and represent biased priorities on political platforms. Only the worst — those opting to buy their influence by corrupt means — are punished.

In South Africa, this legislation is unlikely to change to accommodate those prepared to use their wealth to buy political influence. A bill must pass through both the National Assembly and the National Council of Provinces, a process in which 90 percent of bills are introduced by the Executive. This makes controversial legislative changes unlikely.

Much like we regulate foreign state influence, should we be regulating individual and organizational actors with extraordinary levels of influence over domestic politics? Perhaps some kind of registration scheme could have prompted earlier intervention in South Africa’s state capture scandal. Is this responsible and necessary to protect sovereignty — or is this a violation of freedom of speech, the right to privacy, and freedom of movement? The answer remains to be seen, though is certainly worth discussing as the number of mega-wealthy individuals grows along with their influence.