TikTok is the second most popular application downloaded in Russia 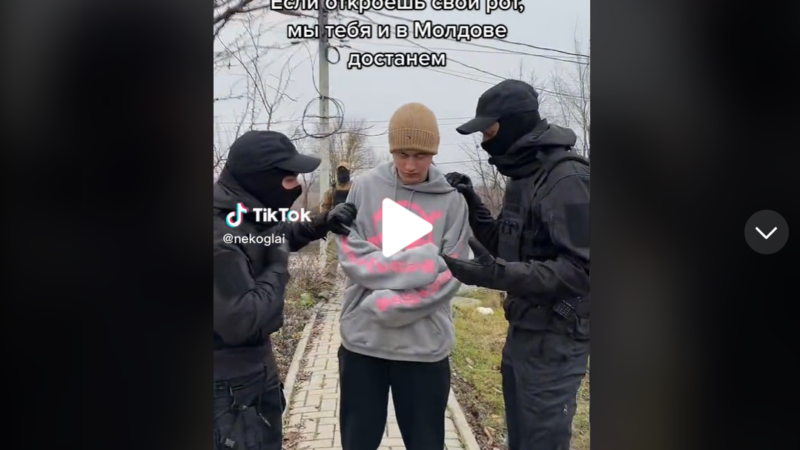 Screenshot from Nekoglai's TikTok account. The subtitles say “If you only open your mouth, we'll get you in Moldova, too.”

Moldovan blogger Nekoglai, who is a major online celebrity in Russia, relates on his TikTok account his own story of being attacked in Russia and leaving Russia for safety in Moldova.

The popular TikToker Nekoglai has appeared in several videos on his channel since he was deported from Moscow on November 24.  As Global Voices reported previously, he was detained and deported for making a parody of a video of a Russian soldier throwing away grenades. The video is now the most watched on his channel, with over 20 million views. Oher videos on his account have also been viewed ten times more than before.  All of the most recent videos feature the blogger being back in Moldova, and he is also telling some of the story of his ordeal at police station in Moscow.

One of the videos shows Nekoglai with a Moldovan flag in the background. The comments under the post are in Russian, Romanian and Ukrainian, and say “it is so good to have you back (on TikTok),” “here (in Moldova), no one would touch you!” and “Slava Ukraini – Glory to Ukraine,” among others. 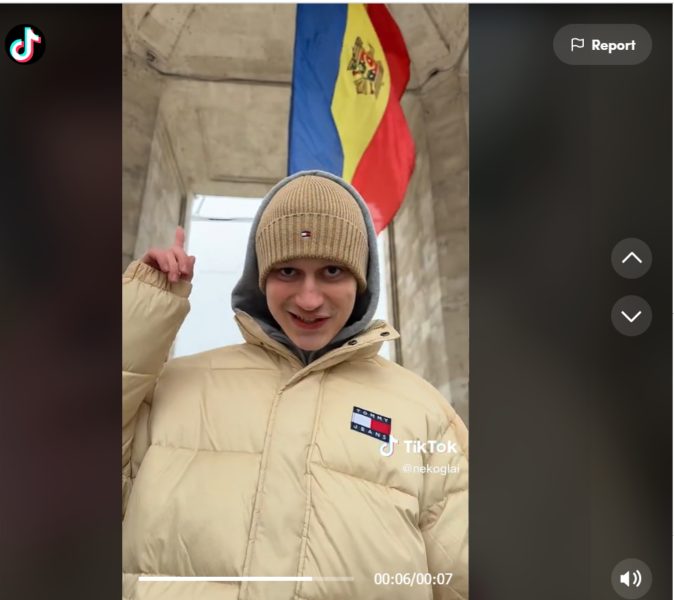 The last video, posted on November 30, shows the blogger being “attacked” by men who look like Russian police, and subtitles in Russian saying that “If you only open your mouth, we will get to you in Moldova too.” 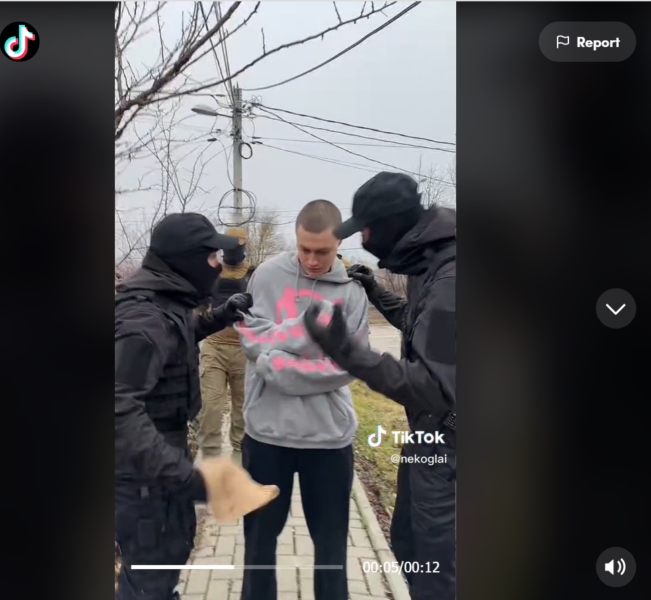 Nekoglai also has 615,000 subscribers on his Telegram messenger channel, which is a popular media source in Russia, Moldova and Ukraine, and 573 000 subscribers on YouTube. His YouTube channel announced a video to be streamed on December 4, which would “make full exposure of how the police operates in the Russian Federation: lawlessness, torture, humiliation.” The streaming also happened on Twitch, where Nekoglai has 2.4 million followers.

In the video, Nekoglai said that he was tortured in the Moscow police station of Presnenskii district.

“The whole floor of the room in the police station was covered with my blood, my vomit, I was vomiting from stress, from shock, from a blow to the kidneys, to the stomach, my whole head was in blood from blows to the back of the head.”

The blogger added that the police not only severely beat him, but also tried to rape him with a bottle.

Beatings, torture, and threats of rape (sometimes actual rape, too) have long been practiced by the Russian police — they apply these methods en masse to those accused of protesting.  One of the last examples, apart from Nekoglai's testomony, is the girl detained for protesting mobilization. As OVD Info reported, after she was detained, the police threatened her and her friends with beatings and group rape; they did not give them water or food and suggested they drink from the toilet. The girls were detained because of the sign “Peace”  that  they were holding.  Earlier this month, the police beat and shocked with electricity a member of anti-fascist organization in Tjumen; he was left for 10 hours with a shopping bag on his head, without food or water.

In September, poet Artyom Kamardin was beaten and raped with a dumbbell by the Russian police; he was arrested for reciting a poem during poetical readings against the war and mobilization.  The police made a video of his torture and showed it to his girlfriend, who was also detained and tortured.

On December 4, the comments section of Nekoglai's YouTube was on the flooded by Russian bots, mostly posting messages saying “Glory to Russia” with an emoji of a strong arm.

TikTok is important in Russia because it is the second most popular application downloaded in Russia, and TikTok light (a simplified version of the app) takes the 11th place, according to Similarweb.

In March 2022, TikTok banned Russian users from uploading new videos and doesn't allow them to watch global content within Russia. Some bloggers, nevertheless, are able to upload new content, although it is not clear how the platform chose those who may upload, an investigation by digital rights nonprofit Tracking Exposed has showed.

The report claims that users may still see global and new Russian content in their recommendation feeds.  This raises questions about TikTok’s non-transparent algorithms. Also, banning Russians from accessing global content has been criticized as social media platforms playing right into the hands of Russian government’s censorship.  Thus, the “shadow promotion,” or seeing  content on TikTok that should not have been there in the first place, might turn out to be not such a bad thing, after all.

At the moment, there has been evidence that the Russian government may have paid some of the popular bloggers on VK  (a copycat of Facebook, and now the only social media allowed in Russia, apart from YouTube and Telegram) to promote the military draft efforts. 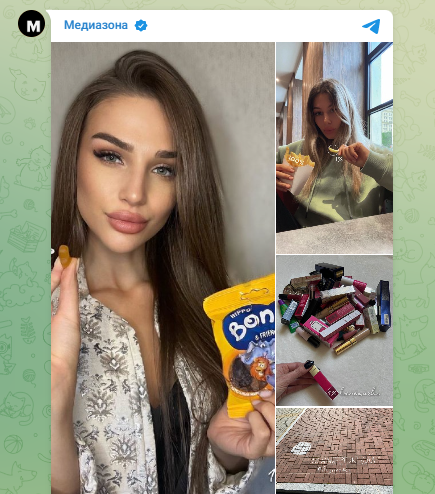 While the campaign caused outrage in opposition media based outside Russia, it might have been nevertheless efficient for the propaganda efforts.

The opposition may want to use similar methods of convincing people. Nekogiai’s example shows that videos with some political and oppositional content may be as popular among young audience as entertainment ones.