The unexpected power of local narratives 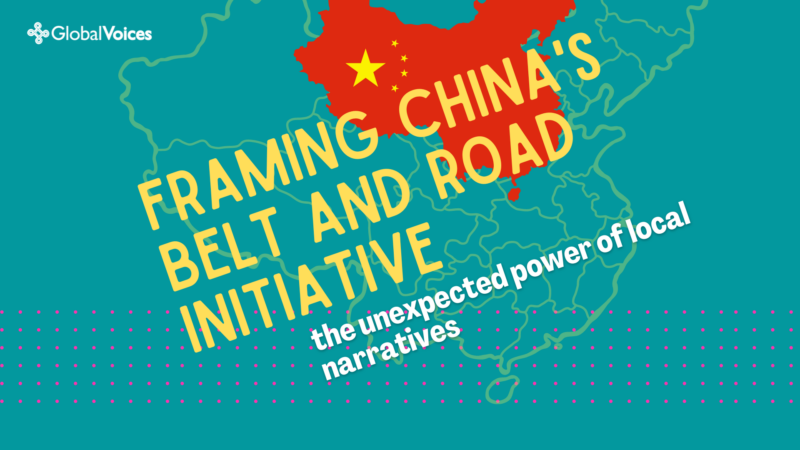 Global Voices is excited to announce the release of our in-depth study about Chinese soft power influence in countries that participate in China's Belt and Road Initiative. Since 2021, our Civic Media Observatory has been working on a participatory research project to look at Chinese technology transfer, soft power, communications, and public information about infrastructure investment and development. Working with local researchers and writers around the world, we explored how local perspectives either support or counter China’s ambitions, and how China advances narratives that bolster its drive for global power.

In our investigation we analyzed how local perspectives either support or counter China’s ambitions, and how China advances narratives that bolster its drive for global power. Working with local researchers and writers around the world, we dissected narratives about the intersection of Chinese technology transfer, soft power, communications, and public information about infrastructure investment and development.

This research comprises a dataset of qualitative research and analysis focused on influential media narratives and key media sources. Visit the project’s public dataset, built in Airtable and providing relational links and filters for study. The dataset offers numerous points of entry for curious readers and researchers interested in exploring relationships within the data. We analyzed 748 media items that illustrate local perceptions of the Belt and Road Initiative in 14 countries, identifying and analyzing the narrative frames and themes at play. We also published 37 stories based on this dataset that synthesize the analysis. 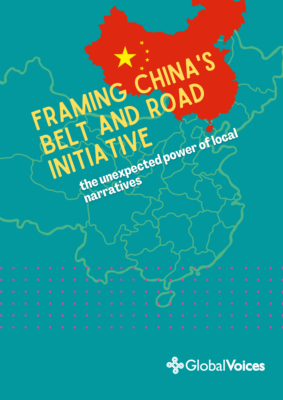 Global Voices’ Civic Media Observatory research identifies and tracks key themes and narrative frames that emerge around events, trends and other phenomena, and explains the context and subtext of local, vernacular, and multilingual media.

The Chinese government announced the first elements of the Belt and Road Initiative in 2013, in the form of international infrastructure development projects branded with reference to the Silk Road trade routes. This grand narrative grew in concert with Chinese investment in a multitude of transport corridors, ports, and other key infrastructure projects, to the point that the Belt and Road initiative was incorporated into the Chinese constitution in 2017. This creation of a grand strategy for global economic influence in parallel with a master narrative to support that vision is indicative of China’s top-down, centralized approach to planning and governance.

Beijing has frequently created effective narratives that place China at the center of development and influence. Yet our research uncovered an often-contentious dynamic between the grand narratives promoted by China and its proxies and agents, and the diverse local narratives of citizens, activists, journalists, and governments. We observed the power of local narratives to influence, and sometimes even halt, Chinese development ambitions. We noted attempts by China to wield influence through local, often elite proxies, either to support its perspectives or suppress public discussion. We also observed other countries attempting to build up counter-narratives that promoted their own vision of development, often in competition or uneasy cooperation with the Chinese vision.

The BRI is a narrative with imperial, world-ordering scope, backed by billions of dollars, with a goal to organize the world in accordance with a specific vision. This narrative is a projection of possible futures that emanate from a center of power—the polar opposite of the vision of networked societies and their manifestation, for instance, in open communications technologies. Networked societies, with their many nodes of power and influence, are bursting with local, ephemeral narratives, and, at least aspirationally rely on deliberation and debate to construct a collective vision of the world.

Can master narratives survive in an age of networked information systems? If those systems are designed, as the Chinese internet is, to serve the interests of powerful institutions, will the world-building narratives it promotes be echoed by citizens? When alternative perspectives are presented to oppose or neutralize centrally created master narratives, the latter still often win out. Master narratives enjoy the backing of well-resourced state media. They project the real-world impact of Chinese investment on infrastructure and economic development. And certainly, China’s approach evoked a response from the G7 countries, which in 2022 made a $600 billion commitment to fund global infrastructure branded as the Partnership for Global Infrastructure.

However, the influence of such grand narratives may be limited over time. In September 2021, the Chinese government rolled out a new plan and accompanying narrative called the Global Development Initiative. Since then, Chinese officials have discussed the Belt and Road Initiative with less frequency, and its future as an organizing logic for Chinese international relations is uncertain. Perhaps this shift is in response to changes in international relations, which in turn suggests that the effectiveness of the Belt and Road narrative has reached its limit. The Global Development Initiative, as a brand, lacks the flair and scope of the BRI; it could be mistaken for a UN project, or something created by a think tank in Washington or Brussels. And perhaps that anonymity is intentional: a project with a name that sounds like nothing, a screen for influence in the wider abstraction we call the “global.”

Over the next few months, Global Voices will revisit many of the themes and narratives found in this research, and explore, in stories, how they are playing out in 2023.