Lajaei shone after officials shared a photo to humiliate him 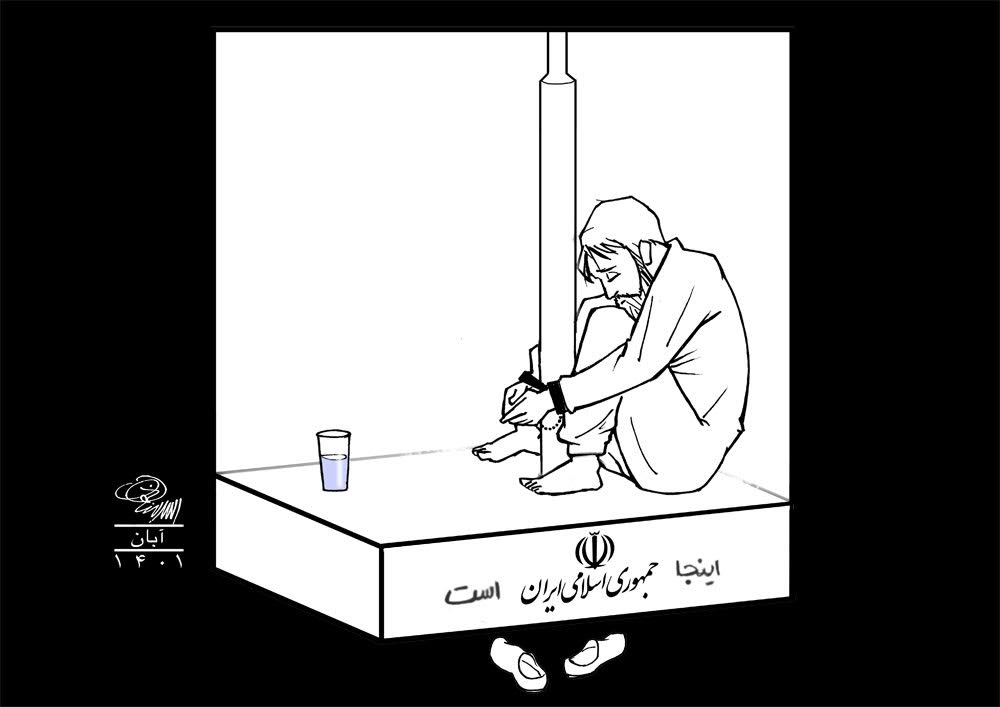 Unprecedented protests have been taking place in Iran over the last two months, with thousands taking to the streets to protest the Islamic Republic. The uprising that began in response to the death of Mahsa (Zhina) Amini has been called a revolution by many, and has provided iconic images of resistance and symbols of hope.

One of the most enduring images from this uprising is a haunting photograph of Khodanour Lajaei, a young Baloch–Iranian man, taken during his arrest and torture by Iranian authorities. The photo, which has gone viral, shows Lajaei inside a prison, slumped over and exhausted, with his arms and legs bound to a pole 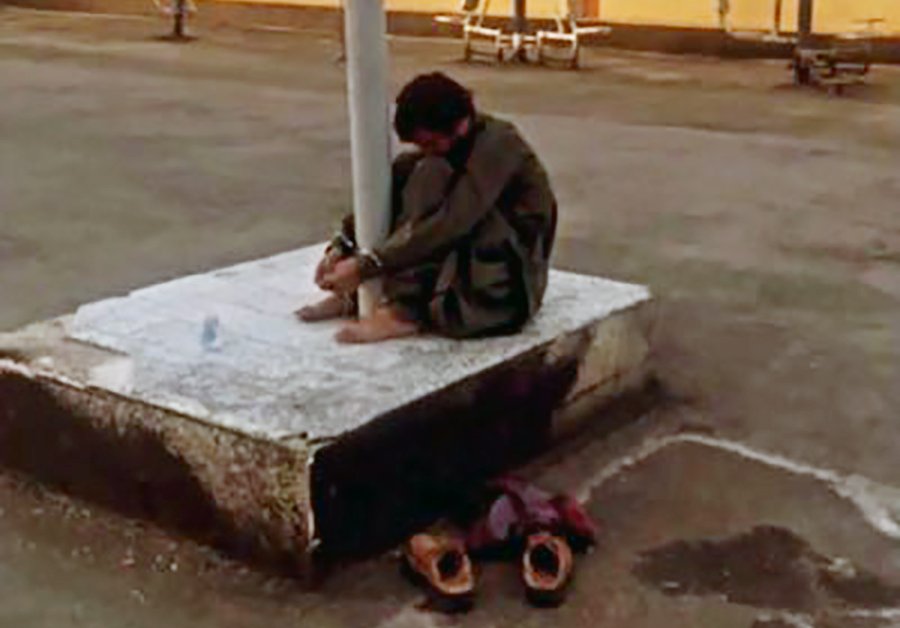 According to reports, Lajaei was involved in a dispute with another man affiliated with Iran’s revolutionary guard in July of 2022. The man used family connections to have Lajaei arrested and tortured.  A cup of water is placed just out of reach of Lajaei in the photograph.

According to reports, authorities placed the cup of water there to mock Lajaei, who had complained of being thirsty. Authorities posted the photo online in an attempt to humiliate him. In a twist of irony, the photo would turn Lajaei into an icon in the struggle for freedom.

Khodanour Lajaei was a 27 year-old undocumented member of Iran’s Baloch community. The Baloch are an ethnic and religious minority in Iran, concentrated in Sistan-Balochistan, Iran’s poorest province. The Baloch have also been systematically criminalized, with disproportionately higher rates of execution, particularly during times of political unrest.

Despite growing up in poverty and hardship, Lajaei had a reputation amongst his peers for being positive and displaying an exuberance for life. His posts on social media had a large following and displayed Lajaei’s love of dance and music.

Lajaei was imprisoned for a month after his arrest and humiliation before his friends were able to raise enough money to secure his release.

Following his release, Lajaei participated in protests in the city of Zahedan against the Iranian government on October 1, 2022, what became known as “Bloody Friday.” During the demonstrations, authorities fired indiscriminately into the crowd, killing and injuring many Baloch, including Lajaei. Lajaei died that day, despite being taken to a local hospital.

Halvash, one of the few human rights organizations focused on Iranian Balochistan, was the first to report on Lajae’s story. Shirahmad Shirani-Naroui, a human rights activist with Halvash, told Global Voices that the organization documented Lajaei’s abuse at the hands of prison officials and were able to publicize the photo once they learned he had been killed. “When we received news that Khodanour had passed away after the massacre in Zahedan, I had already been familiar with him because of the abuse he had previously suffered.”

Shirani-Naroui, a Baloch who was imprisoned in Iran for more than a decade, emphasized the importance of human rights organizations covering Baloch issues. “In the absence of any real human rights reporting, the Islamic Republic has used an extensive propaganda campaign against the Baloch people, using news and media to create a false and negative image of us as terrorists, separatists and criminals.”

The massacre in Zahedan on October 1 was deemed the bloodiest day during Iran’s recent protests. According to Amnesty International: “The majority of victims were shot in the head, heart, neck and torso, revealing a clear intent to kill or seriously harm.”

Shirani-Naroui, points out that many of those shot, including Lajei, may not have died if they received medical attention. “Khodanour might have survived if he had received proper medical attention. He and other Baloch were pressured and told that they would receive care only if they agreed to participate in videotaped confessions stating that they were part of certain organizations or armed groups, but none of them agreed.”

A symbol of innocence

Following his death, the image of Lajaei’s arrest and torture resurfaced online. In conjunction with this, several clips from his personal social media account went viral, showing him smiling, laughing and dancing.

Lajaei rose to fame as a result of the way he contrasted the happiness and freedom experienced by ordinary Iranians with the grief that many Iranians associate with the government.

During a match in Iran's Futsal premier league on November 11, Hashem Shirali, a player for the Zarand club, made headlines after striking the same posture as Lajaei after scoring a goal.

Hashem shirali celebrated his goal in the memory of Khodanour Lajei. During Black Lives Matter campaign, people got united for one! Why not doing the same against the Islamic regime? Please invite everyone to support! #MahsaAmini #مهسا_امینی #IranRevoIution2022 pic.twitter.com/RgMNUoVzUF

This symbolic gesture was also recreated by Miad Yazdani, a player for the Chuka Talash Football Club after he scored on a goal on November 12.

Another act in memory of khodanour and #IranRevoIution2022 , please join the campaign if you can act! #مهسا_امینی #MahsaAmini Thanks to Miad Yazdani and his teammates! pic.twitter.com/Gaxm5y3U03

Inside Iran, activists recreated “the pose” on city streets, and in other locations in the country. Dozens of students lined up in a row in sympathy with Khodanour and the Baloch people at the Kurdish University of Kurdistan in Sanandaj.

Translation: The blood of no Iranian should be spilt freely… we are all Khodanour #Khodanour_Lajaei honored by the actions of Kurdistan University students

Artists throughout the country erected sculptures and shared drawings and illustrations online.

Translation: For Khodanour… 💔 Your dance makes my heart ache so much… tomorrow when we are free will dance following your [baloch] custom.

On the 40th day following Lajaei's death, Iranians around the world marked the occasion by posting photos of themselves recreating his pose. Iranians staged a mass protest in Los Angeles, using the pose as part of an elaborate piece of performance art. Khodanours iconic dance was also recreated by a young girl wearing Baloch clothing at the foot of Iran’s Azadi (freedom) Tower in Tehran.

The humanization of the Baloch in Iran is one of the most important goals of human rights activists like Shirani-Naroui. “Khodanoor's story exemplifies how we can show the humanity of our people to the rest of the world.”

Despite the acknowledgment, Lajaei's family continues to struggle with his death.  In an audio clip posted online, Khdanour's mother talks about her unique bond with her son. “My son was something else,” she said, “God created no one else like him.” She describes Khodanour as a father figure to his sisters, helping to raise them and acting as the man of the house.