"Which foreign forces do you talk about? Karl Marx or Friedrick Engels?" 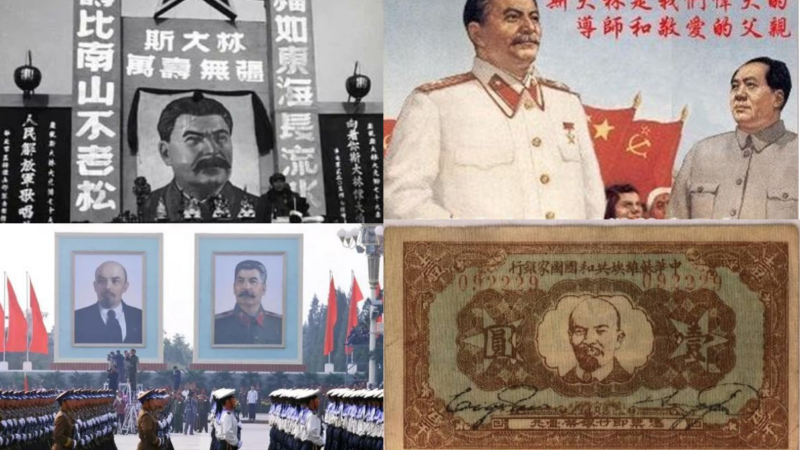 In the aftermath of the nationwide protests against the zero-COVID policy, the Chinese government, on the one hand, pacifies the resentment by easing the PCR testing and quarantine restrictions and, on the other hand, represses protests by beefing up censorship, sending university students back home and randomly searching of mobile devices for foreign apps in the streets.

On social media, the propaganda authorities also spread conspiracy theories about the presence of foreign influence to deter people from participating in and supporting the protest action. While the narratives of foreign influence had been very effective in mobilizing patriots to intimidate foreign journalists when they are covering news in China, such as the coverage of flooding in Zhengzhou last year, and harass protest supporters on social media, such as the anti-China extradition protests in Hong Kong in 2019, this time, however, the nationalistic rhetoric is reckoned as a smear campaign against Chinese people.

The foreign influence conspiracy theories were widespread on all major social media platforms. One of the most widely circulated commentaries appeared on the party-controlled and most popular online news portal, the Headline News or Toutiao, on November 28.

To love this country is to find ways to improve it, not to stand with the gui-zi [a debased term for calling foreigners] to bring down the country by all means…In the past two days, I think we all know about it, the pictures that looked like riots appeared in some regions — U.S-European style freedom slogans, poisonous Hong Kong style expressions, young people were incited to participate, “representatives” who did not look like locals took the lead, Hong Kong and Taiwan accents, western looking faces, shadows of western “missionaries”. The way they stirred up chaos is very typical of the colour revolution [movement for regime change].

Many pro-government influencers, such as Chairman Rabbit (Ren Yi), a Harvard Kennedy School alumnus and the third-generation descendant of Ren Zhongyi, a founding member of the Chinese Communist Party, wrote on Weibo:

Shanghai’s chaos lasted for two days, followed by Beijing. Beijing Liangmaqiao was near the embassy districts; …2) the slogans are political, in particular in Shanghai, this is rare; 3) headlines in all foreign news agencies, foreign correspondents from major outlets were in the protest spots; 4) the protests were related to Urumqi, which matched foreign forces’ imagination of Xinjiang; 5) yesterday I found out that even Wikipedia put the incident in its main page headline; the English entry of the incident is so detailed. Clearly, someone is behind it. 6) protests spread across the nation; they must be organized. 7) online images indicate that the protests were organized through social media platforms (such as telegram) … Hence, overseas forces are definitely involved. They have insiders, and related authorities should take action.

In fact, even at the protest sites, the protesters were warned of the presence of foreign forces. But these claims were immediately rebutted. Below is a viral video showing how a student protester lambasted the claim about foreign influence:

In Beijing Liangmaqiao. A student said there are anti-China foreign forces around to instigate the crowds’ emotions; Another student said, “Which foreign forces do you talk about? Karl Marx or Friedrick Engels?” He kept asking, “Did the foreign force set the Xinjiang fire? Did they turn over the bus in Guizhou? We can’t even connect to overseas websites! Where do the foreign forces come from? We only have domestic forces which stop us from standing together!

Many protesters have anticipated the political label of foreign interference, as shown in a Beijing protester interview in Japan’s Asaki News channel:

A young man holding a white piece of paper in the street in Beijing told the journalist from Asaki News channel: “I would probably be misinterpreted as being used by foreign forces. But I will still accept your interview. We have gone through a lot in the past few years. I would become the next victim, like those from Guizhou [bus crash] and Xinjiang [fire]. I can’t just sit and wait. I can’t dig my own grave. Even if I am acting like a mantis trying to stop a chariot, at least I tried.

Many had spoken out against the foreign interference label on Weibo, but their posts were deleted. Below are some deleted Weibo posts:

Those who claimed that foreign forces organized such large-scale nationwide protests within days, and paid for those who hold the white papers, aren’t they belittling our country’s Great Firewall?

Some responded to the conspiracy theory by posting historical photos of the eminent presence of foreign forces in China. These images were shared on Twitter too:

Who are the real “foreign forces” (image collection post)

Shi-nian-kan-chai is correct, if there are foreign forces, they will not incite people to protest against the dynamic zero-COVID policy. They should wish the lockdown last for a decade until the country and its people become so poor, and all the foreign investments are gone. There won’t be any China threat. They won’t even have to face refugee problems, as none of the wealthy countries is near China. Any foreign power with basic intelligence would wait to watch your slow suicide, wait to see the emperor hanging himself in a tree.