The incident highlights the polarization of Turkish society 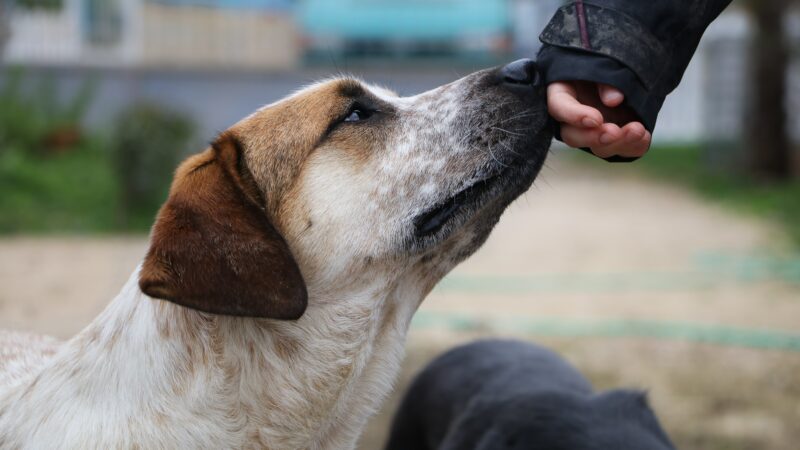 Image by Simon Moog. Free to use under Unsplash License.

A video of an animal shelter employee in Turkey’s Konya province killing a stray dog by beating its head with a shovel sparked public criticism after going viral on November 25. This was not an isolated case, say animal rights activists, and the poor state of shelters and the treatment of animals in the country has once again become a heated topic of discussion. The state thus far has refused to take any responsibility. In a statement issued by the Ministry of Agriculture and Forestry on November 27, it said the shelter was evaluated and inspected most recently on November 15 but that no violations or shortcomings were documented.

But not everyone agrees the state does a proper job at monitoring and documenting. In an interview with an online news platform Evrensel, Tuğba Gürsoy, the Head of the Ankara Bar Association Animal Rights Center, said the Ministry of Agriculture and Forestry was not fulfilling its inspection obligations.

However, the ministry is not only to blame for what has happened in Konya. Gürsoy said the local municipalities were also to blame for not fulfilling their responsibilities. Most importantly, Gürsoy said, their center was alerted previously about the poor conditions at the shelter in Konya, however, its volunteers were prevented from traveling there, barred by the local governor.

We often heard reports [from the shelter in Konya] that there were too many dogs inside, that the animals were starving and were miserable, and that because the shelter never allowed volunteers, we did not know exactly how bad conditions were.

Gürsoy, said the situation in the shelters worsened after President Recep Tayyip Erdoğan ordered all city municipalities across the country to round up stray dogs and send them to shelters in December 2021. The president's response to strays came days after a four-year-old girl was attacked by two off-leash pit bulls in Turkey’s Gaziantep province. At the time, there was significant public outcry over the issue of stray dogs.

Only a handful of shelters in Turkey provide adequate services to stray dogs.

“Although Erdoğan deemed shelters’ clean and safe environments,’ this is almost never the case. Pictures and videos frequently shared by animal rights activists reveal the abhorrent conditions animals are forced to live in. In many cases, animals die of hunger and diseases in tiny and filthy cages, while at other times municipality employees kill them as soon as they collect them from the streets,” reported Gazete Duvar last December.

Others like Mine Vural, an animal rights activist and veterinary technician based in Istanbul, said, “in general in Turkey, shelters are trauma and death camps for animals,” in an interview with The Independent.

Two of the employees seen in the video were arrested, but according to Gürsoy, from the Animal Rights Center at the Ankara Bar Association, the responsibility of the committed act was not just on them. “My observation is that this is a situation that has become a norm. And although the mayor announced that the employees were arrested, the responsibility is also on the mayor office, the municipal veterinary affairs manager, the shelters’ employee manager, all bear responsibility for what happened.”

According to Article 28/a of Law No. 5199, cruel treatment of animals and deliberate killing of animals are considered a crime.

The video, which was later blocked for access based on the decision of 3rd Ankara Criminal Judgeship of Peace, also brought other country-wide grievances to a head, namely how women, the LGBTQ+ community, and other minority groups are treated and how polarized the society has become.

Many flooded Twitter and Instagram with posts about grappling with the reality of feeling less safe, raising children in an environment of fear, and realizing yet again that your rights as a citizen hang by a thread without any guarantees of protection.

On November 25, as the world marked International Day on the Elimination of Violence against Women, images of police violence against women who took the streets across Turkey made rounds once again, highlighting one of the most overlooked and yet important issues in Turkey.

In a recent research study published by SOMDER, a non-governmental organization founded by a group of sociology graduates, on perceptions of young people from diverse social segments about active citizenship and the mechanisms of participation in politics, the results speak for themselves. 96.3 percent of the participants said people in Turkey were unhappy and 27.8 percent said they would change their country to a question, “What would you like to change first in your life if you had the opportunity to change?”

According to a survey from 2020, half of the Turkish youth are unhappy, citing financial difficulties as the primary cause. Over 70 percent of respondents said they would “definitely move abroad temporarily,” while over 60 percent said they would move permanently. A more recent survey published in February 2022 by the German political foundation Konrad-Adenauer-Stiftung (KAS) had similar findings, as some 70 percent of surveyed youth indicated an interest in moving and living abroad.

Turkey is already suffering from a brain drain due to social, political, and economic circumstances.

Writing for Politikyol, an online news platform, scholar Tunay Şendal shared one view of fueling possible change in Turkey — putting an end to political polarization that keeps manifesting in all the fields of Turkish society, often leading to social rifts and restoring social peace. Şendal wrote.

In order to put an end to all forms of violence, regardless of women, animals or creatures, it is imperative that the public order be reconstructed correctly. The indispensable factor for the re-establishment of the public order is social peace. Turkey urgently needs to restore the social peace that it has lost in politics, art, sports and every other field. Otherwise, not only animals but also all living creatures are in danger.