Influencers are both critics and supporters of China in Uzbekistan 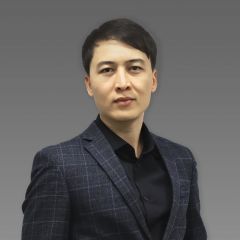 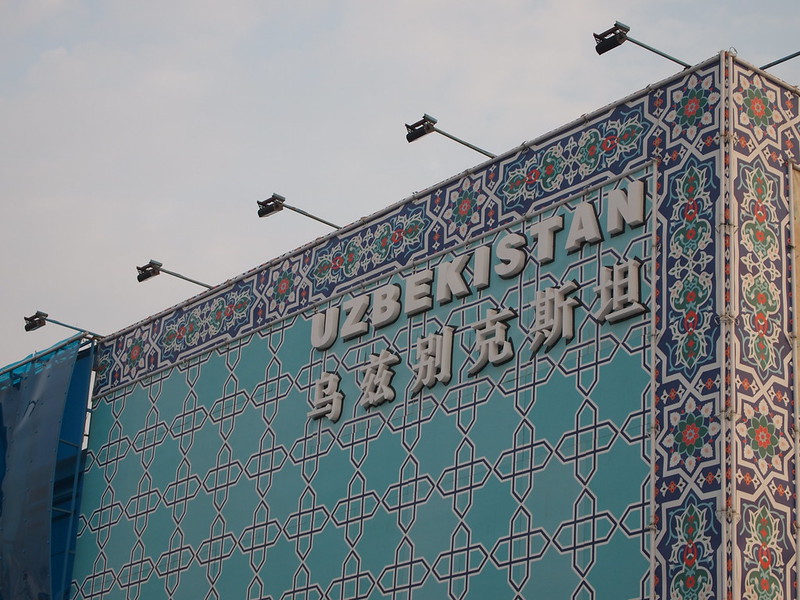 The Uzbekistan Pavilion at the 2010 Shanghai Expo. Photo by William via Flickr (CC BY-ND 2.0)

When people in Uzbekistan get information about China, their perception is shaped by the media they follow. While some worry about Uzbekistan’s increasing external debt to China; others perceive their giant neighbour as a useful economic partner. And some, usually more religious, strongly condemn China’s attitude towards the Uyghurs and consider it a foe of Muslims.

Since the beginning of the Belt and Road Initiative, China’s relations with the countries of Central Asia, including Uzbekistan, have strengthened to new level. According to official data, the volume of trade between Uzbekistan and China has increased 140 times in the last 30 years. Since 2017, the size of Chinese investment in the Uzbek economy has increased five times. From 2017 to the start of the pandemic in early 2020, leading officials of all 14 regions of Uzbekistan have been invited to and visited various provinces and large cities of China. As a result, China has maintained its position as one of Uzbekistan's biggest trade partners. Also, it remains Uzbekistan's largest export market. But, despite the fact that economic and political relations are moving only upwards, the image of China in the Uzbek media space remains complex.

China as a friend in state-controlled Uzbek media

State-controlled media still dominate the media landscape in Uzbekistan. Global Voices analyzed the coverage of China by the National Information Agency of Uzbekistan Uza.uz , the official, state-owned media agency, which is also the country’s leading official news website. Most news (about 44 percent of the total related to China) on this website in 2021–2022 includes political news, with a focus on China–Russia, China–USA and China–Taiwan relations. Interestingly, Uza.uz’s coverage included numerous articles about China’s good relations with Russia, and achievements in the strategic partnership between these two countries. In contrast, only conflictual and problematic situations were highlighted when covering China’s relations with the US. A closer look at the original sources of the news reveals that they are direct references to Russian media outlets such as TASS (a major Russian state-owned news agency) and Ria Novosti (another Russian state-owned domestic news agency). Additionally, Uza.uz has less news coverage about Taiwan and Uyghurs than other more independent sites.

The second biggest category of news in the period — 29 percent — focused on the good relationship between Uzbekistan and China, new political and economic deals and cultural exchanges. In this case, China is presented as a good strategic partner, as in the following example from May 25, 2022:

When it comes to television, which is still the most popular source of media, especially among the older generation and in sub-urban and rural regions, news about China mostly covers soft topics, typically focusing on Chinese culture, history, geography and advanced technologies. There is almost no news touching upon politically controversial issues.

This comes as no surprise: official media in Central Asian countries is often criticised for its high-sounding rhetoric and pro-government context, and it does not cover most politically sensitive news as a rule.

The media sector in Uzbekistan has gained some autonomy since 2016, when the new President Shavkat Mirziyoyev started a wide range of reforms. Although media freedom has not been fully achieved yet, private websites and independent bloggers have started to write or speak more freely about specific political and social situations that are rarely covered by state media. Therefore, different opinions and discussions about China can be found on such platforms.

The private news agency kun.uz, which is locally considered to be one of the most objective and independent media outlets, has the largest audience in terms of coverage: it is currently the most popular news website in Uzbekistan, with a total number of daily subscribers exceeding one million. An analysis by Global Voices of the news related to China published on kun.uz between October 1, 2021 and October 1, 2022, indicates there were 332 articles about China. Most covered political situations, including the conflicts between China and the US over Taiwan. The second largest category, soft news, is followed by bilateral relations and a few mentions of the pandemic. It also includes material about Uyghurs living in Xinjiang.

The Chinese government has been accused of conducting high-tech surveillance against Uyghurs and sending them to forced labor camps where children are separated from their parents. Official Beijing claims that the camps are organized for volunteer education and training.

People in Uzbekistan get uncensored information through the Uzbek-language sections of foreign media companies, such as BBC Uzbek, Radio Liberty Uzbek, and Voice of America. Those media outlets are also known to be loud critics of the political situation in Uzbekistan, and they usually touch on topics that are taboo in the local media.

Another source are Uzbek influencers, both inside and outside the country. In Uzbekistan, influencers often unpack world news and political affairs for the general public in a simpler language, based on their own opinions. People who do not read or watch news on TV or websites usually get information from such opinion leaders on social media. Some of those influencers, for example popular blogger Khushnud Khudayberdiev who usually publishes news about legal affairs and social situation in Uzbekistan on his channel on Telegram, have as many as 400,000 followers.

Uzbek political influencers and those who run independent blogs abroad often mention that Uyghurs face strong pressure from the Chinese government. It is important to note that the Uyghurs are a nation that is linguistically and culturally extremely close to the Uzbeks.  In some influencer narratives China can be seen as adverse and threatening. For instance, popular Uzbek blogger Sanjar Xoja, based outside of Uzbekistan, explained in his vlog how certain countries fell into China's debt diplomacy. Another journalist, Doston Iskandarov, has thoroughly analyzed such  “debt trap” cases in Tajikistan, Kyrgyzstan, Laos, Sri Lanka, and Djibouti.

Some, such as Kamoliddin Rabbimov, point out the unreliability of China’s economic and political muscle given its deficit in democracy. Some bloggers openly criticize Beijing's policies with such context:

Among the Turkic peoples, Uyghurs and Uzbeks are very close in terms of culture and language. Unfortunately, a very aggressive policy is being applied to the Uyghurs in East Turkestan, who are considered our closest relatives. The appalling conditions, torture and sexual harassment alleged to be practiced in the so-called “morality camps” by the Chinese government have been shaking the internet news space for some time now.

Nevertheless, in recent years, some influencers and bloggers have put forth a positive image of China. This is mainly due to increasing Chinese investment and businesses in Uzbekistan, China’s economic and technological advancements, and partially because of the impact of the ongoing war between Russia and Ukraine on Central Asia. In particular, Uzbekistan's investment and trade agreements with China amounting to USD 15 billion during the SCO-2022 summit have been praised by some bloggers.

In a nutshell, China’s image can be seen in various tones on different sources of media in Uzbekistan, and people’s perceptions of it are mostly shaped by the media source they refer to frequently. With the increase of China’s engagement in international geopolitics and in Central Asia, there is going to be more interest in and heated discussions about China in Uzbekistan, and such discussions are getting more politicized.