Many Angolans and Mozambicans keenly followed the elections in Brazil. 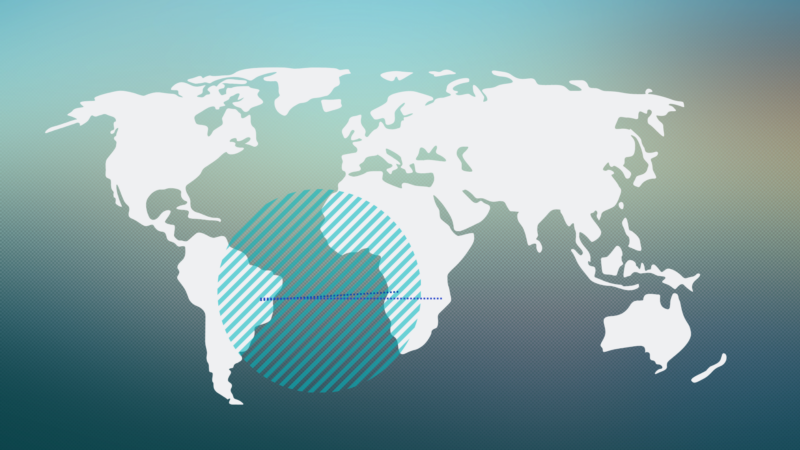 The second round of voting in Brazil on Sunday, October 30, was closely followed in Portuguese-speaking African countries, such as Angola and Mozambique.

The origin of the relations between Brazil and the two African countries dates back to the Portuguese colonial era when the trafficking of enslaved people between the African and American continents characterized their relationship. The three countries are part of the Community of Portuguese Language Countries (CPLP).

In his almost four years in office, Bolsonaro has had little or almost no relationship with Angola and Mozambique. There were very few events that brought senior leaders together, so there are hopes that this could change with Bolsonaro out of office.

Last year, Brazil's vice-president, Hamilton Mourão, a reservist general, made an official trip to Angola. While there, he tried to address problems surrounding the Universal Church of the Kingdom of God, a vast Brazilian evangelical church, at Bolsonaro's request. This year, Mourão was elected senator for the Republican party, “the church's political arm”, as the magazine Piauí observed.

The newspaper O Estado de S. Paulo reported at the time that the accusations against the church in the African country involved “money laundering, tax evasion, and racism.”

During Lula da Silva's first term alone (2003–2010), the then-president made four trips to the African continent, visiting 15 countries. Ten new embassies were opened, and many countries, including Mozambique, had debt forgiven. This relationship between the two countries was consolidated with Lula’s visit in 2010.

Corruption on both sides of the Atlantic

However, relations between Brazil and some African countries are not only made of cooperation, and numerous corruption cases have shaped this history in recent years.

In 2016, the Brazilian newspaper Folha de São Paulo revealed that the National Economic and Social Development Bank (BNDES) suspended disbursements for 25 financing operations to companies working abroad, including projects in Angola and Mozambique.

The projects totaled USD 7 billion in funding, of which USD 4.7 billion has still not been released. The mass suspension involves works in nine countries carried out by contractors who were investigated during Operation Lava Jato and was prompted by a civil suit brought by Brazil's Attorney General Office against the companies for administrative misconduct in June 2015.

Also in 2016, Odebrecht, a Brazilian construction company, admitted in a leniency agreement with the United States Department of Justice to have paid bribes of USD 900,000 to Mozambican government officials between 2011–2014. The only construction project that the Brazilian company built in Mozambique during this period was Nacala airport, which left the Mozambican state with USD 216.5 million of public debt.

The debt persists to this day, and the airport — abandoned and lacking the facilities it was hoped to have — is seen as a false gift. Despite being one of the largest airports in Mozambique, Nacala sees barely any activity, with only four percent of the expected usage, despite the high costs.

Similarly, Brazilian aviation company Embraer, in another leniency agreement, revealed it had paid USD 800,000 in bribes to Jose Viegas, former chairman of the board of directors of Mozambique Airlines (LAM), and Mateus Zimba, former director of oil company Sasol in Mozambique and current regional executive of General Electric Oil & Gas, to ensure the purchase of two aircraft from the Brazilian company in 2008.

The trial took place in Mozambique, and the ruling was that Paulo Zucula, former Minister of Transport and Communications, and Mateus Zimba, former manager of Sasol and consultant to Embraer, were sentenced to 10 years in prison. José Viegas was acquitted.

Founded in Brazil in the late 1970s, the Universal Church of the Kingdom of God arrived in Angola in the early 1990s and is one of the largest religious congregations in the country. The church owns Record TV, a Brazilian media network with branches in 150 countries, including Angola.

In 2013, the church had its activities suspended in Angola from February to March after 10 people died from asphyxiation and crushing during a religious service in the Cidadela Stadium, where the maximum capacity was significantly exceeded. In recent years, though, the church has been affected by internal conflicts.

In 2019, the researcher Teresa Cruz e Silva showed that the fact that the church arrived in Mozambique in 1992, during a crisis following the civil war, contributed to it gaining a large following. The church also owns the television network Miramar, one of the largest in the country.

What Angolans and Mozambicans are saying

Comments from Mozambicans online indicate that many followed the first round of Brazil's elections on October 2, and a number of them showed their sympathy for the candidate Luiz Inácio Lula da Silva. Lula was ahead in the first round, with 48.4 percent of the valid votes, against 43.2 percent for Bolsonaro.

Unfortunately, it seems there will be a second round.
I don't know if with only 30% of the votes left to count, Lula will manage to get past the magic 50% + 1.
Come on, Lula.

That's it.. Boçalnaro has indeed fallen behind. I hope the second round is not African style.
If it's going this way… Welcome back Lula.

However, it was notable that Bolsonaro came first among Brazilians voting in Mozambique, as reported by local media, both in the first and second rounds:

The polls in Mozambique closed at 5pm local time (12 pm Brasilia time) 673 voters were registered in the country, of which 309 turned up at the Brazil-Mozambique Cultural Centre in central Maputo, the capital city.

The Brazilians who live in Mozambique voted for Boçalnaro. Look at that, are they in the wrong country?

Nobody knows the reasons for that victory in Mozambique. In Luanda, Angola, the situation was different. In the Angolan capital, Lula came out with 124 votes, followed by Jair Bolsonaro with 93 votes. In the second round, Lula won again in Angola:

Lula's victory was celebrated at the highest level in both countries in messages from their respective presidents, João Lourenço (Angola) and Filipe Nyusi (Mozambique):

Dear brother Lula!
I wish, in this message, to congratulate you on your victory in the second round of the presidential elections in Brazil.
It was a victory won through perseverance, humility, faith in justice and, above all, it was a victory of the courage of the Brazilian people to face the future with you, towards a stronger and fairer country.
Mozambique has always shared with Brazil the most significant moments of its history, and vice versa, as brothers sharing a path whose destiny guides them towards wellbeing and justice.

D.R. of Congo  6 days ago
END_OF_DOCUMENT_TOKEN_TO_BE_REPLACED