This could give independents the edge in federal and provincial assemblies 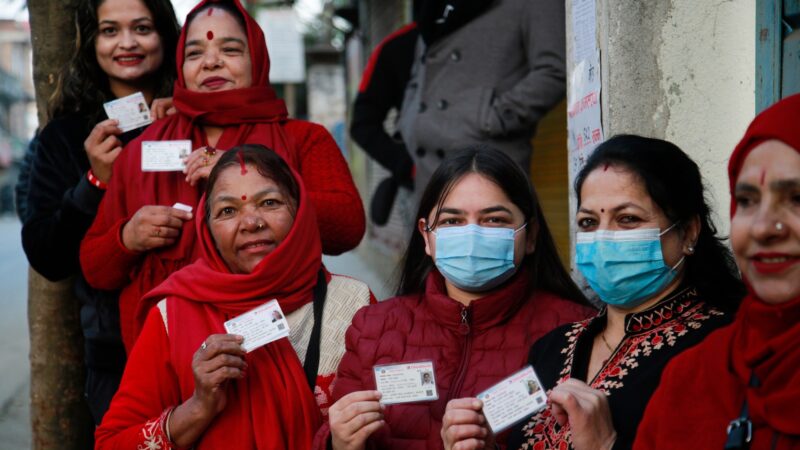 Nepalis across the country were lining up on the morning of Sunday, November 20, to cast their votes, with a total of 11,543 candidates fielding for 825 seats, 275 in parliament and 550 in provincial assemblies.

A lower-than-usual turnout in the national and provincial elections in Nepal signals voter apathy towards incumbent politicians and could favour non-establishment parties.

An election official said he expected the turnout to be 61 percent of the nearly 18 million eligible voters. This is lower than the 66 percent in local polls in May and 68 percent in the last federal elections in 2017.

“We had expected 70 percent turnout, and although we have not got all the results yet, our preliminary estimate is that only 60 percent of those in the voter lists cast their ballots,” Ram Prasad Bhandari of the Election Commission Nepal told Nepali Times. 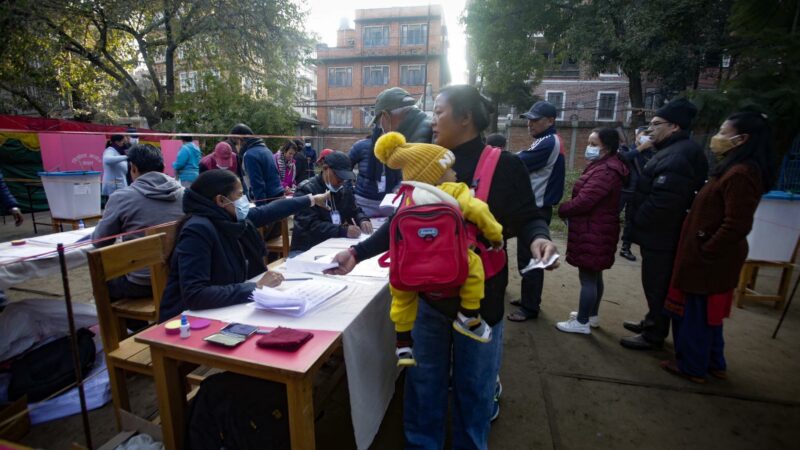 Voters in Laltipur’s Banglamukhi turn up early to cast their ballot. Photo: by Gopen Rai via Nepali Times. Used with permission. 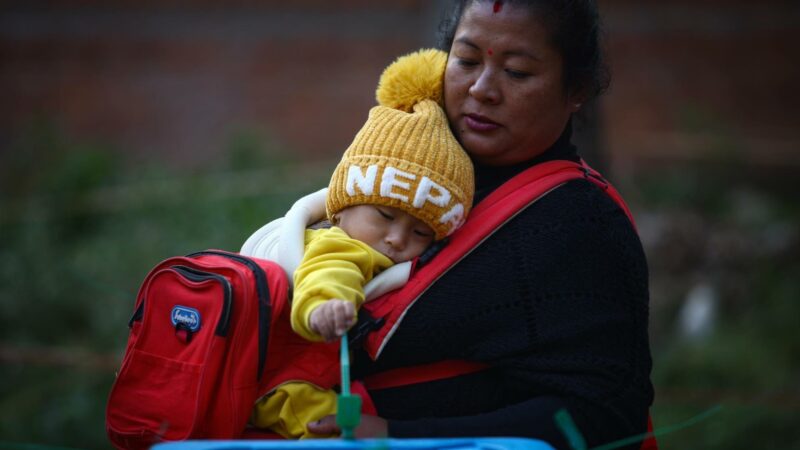 A lower than usual turnout would favour the National Independent Party, independent candidates and those who ran for elections as rebel candidates after not getting tickets from their own parties.

Experts we spoke to cited various possible reasons for the lower turnout: fewer young males in the country because of emigration, the requirement that voters have to go to their home districts to vote, apathy towards coalition parties, and the lack of an agenda from the established parties. 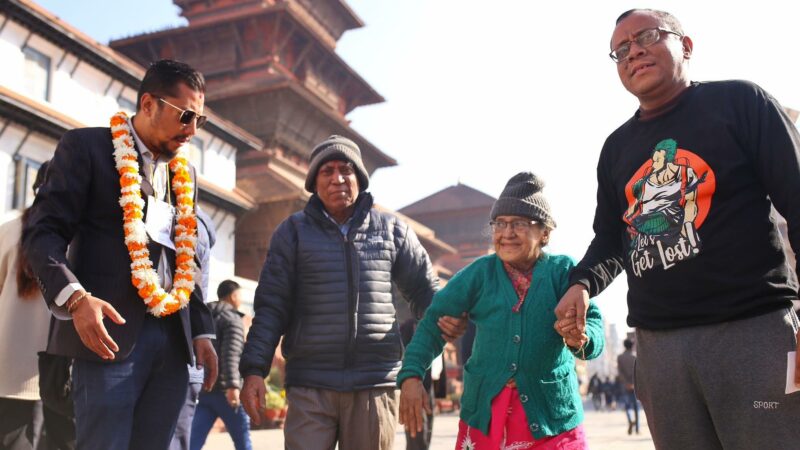 “Voters seem to have thought that these are the same old parties,” says Nilambar Acharya, analyst and former ambassador to India. “Committed voters will cast their ballots anyway, but many others might have felt voting will not make a difference.” 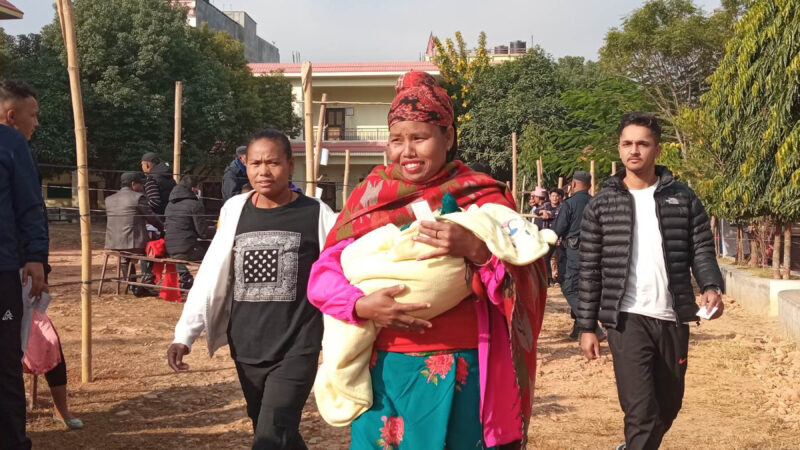 A glimpse of the Election Day in Rampur. Photos: RSS and Shristi Karki via Nepali Times. Used with permission. 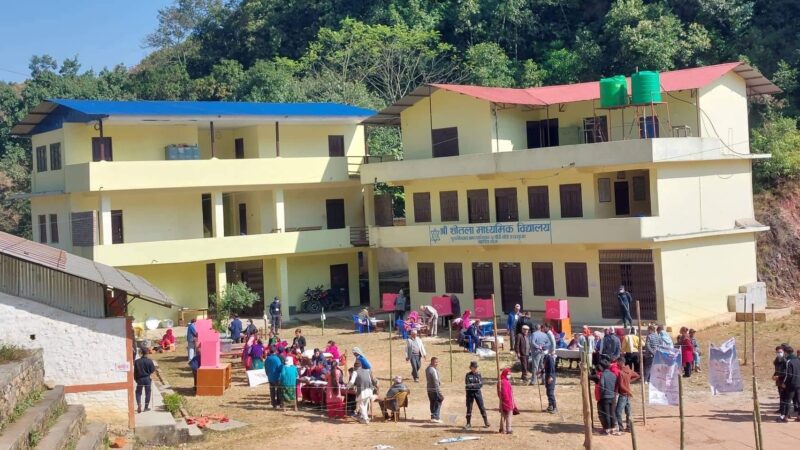 Polling in Syangja. Image via Nepali Times. Used with permission.

Political analyst Indra Adhikari who voted in Nuwakot district said depopulation meant mostly elderly and children are left, which could be the main reason for the low turnout.

She added: “The other reason was the confusion about the ruling coalition. Many voters were asking why they should vote for the Maoists, who were responsible for killing my relatives in the war.” 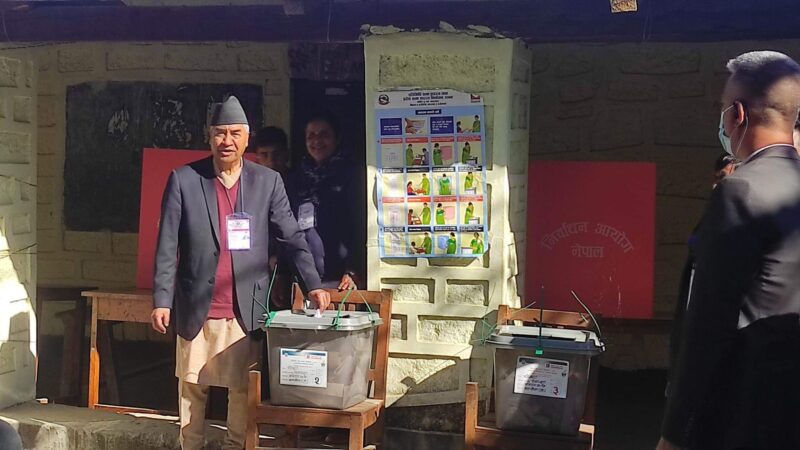 The five-party ruling coalition is made up of the Nepali Congress (NC) and the Maoists, among others, who were enemies during the 10-year insurgency in which 17,000 Nepalis were killed.

The confusion created by the coalition candidates also appears to be the reason behind the suspension of voting in certain centres across the country. 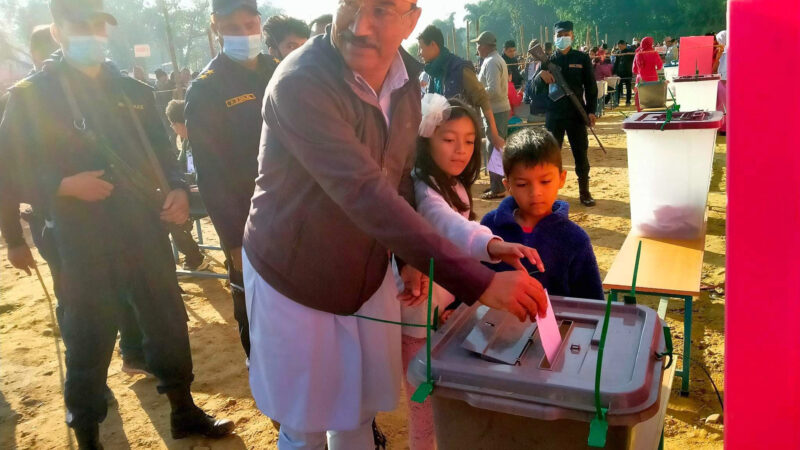 Several polling stations saw voting disrupted with at least 44 voting centres out of more than 22,000 affected. By 3:30 PM, voting in 15 centres had to be stopped.

In the most violent incident in Triveni Municipality of Bajura district in the far west of the country, one 25-year-old was killed and several severely injured when police had to fire on a crowd attacking the polling station when it was about to be closed. The injured were airlifted to Surkhet by a Nepal Army helicopter. 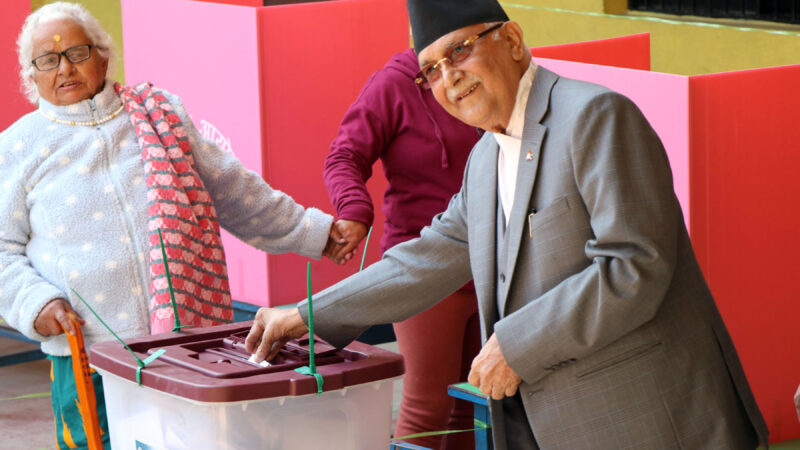 Elsewhere, in the Tama Kosi Municipality of Dolakha, police opened fire to control a dispute between cadres from the governing coalition and the opposing UML. According to Deputy Inspector General Kiran Bajracharya, the police fired 15 rounds to ensure the safety of the polling station and the voters when locals pelted stones at them. One policeman was injured.

Similarly, in Siraha’s Karjanha-6, the police fired three rounds after cadres of the Janata Samajbadi Party (JSP) and Unified Socialists both attempted to capture the ballot boxes. Also in Rautahat, the police had to open fire at a polling station. 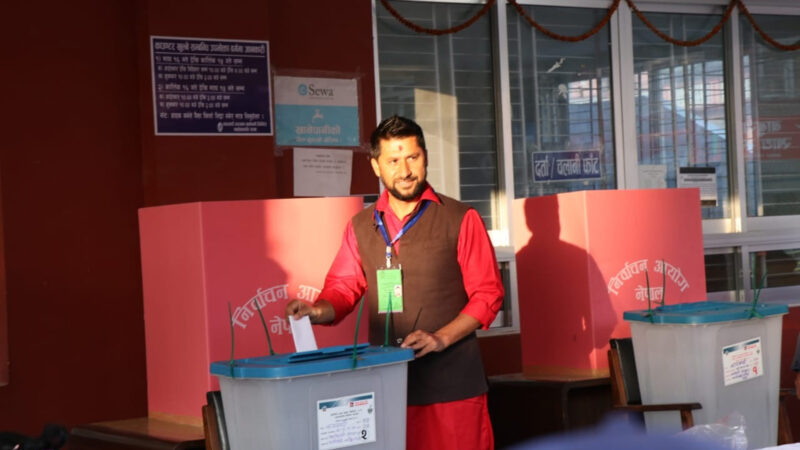 However, the Election Commission says voting in most places was peaceful and orderly. Chief Election Commissioner Dinesh Thapalia said ballot counting would start Sunday night, with results for first past the post candidates expected to come in a week, by November 27. 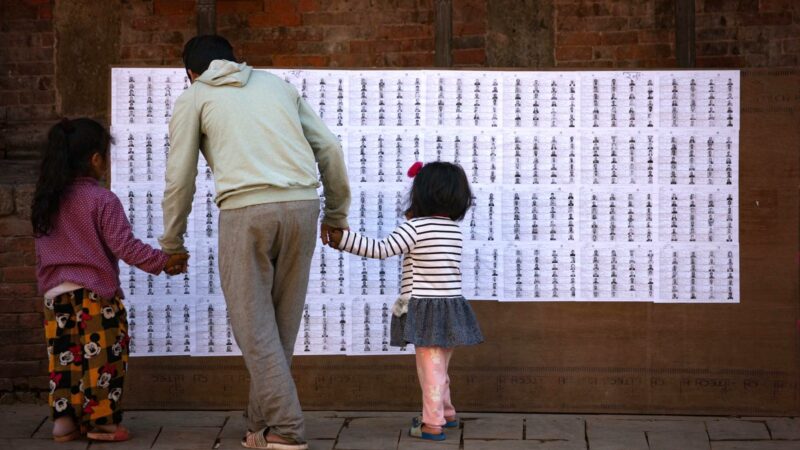 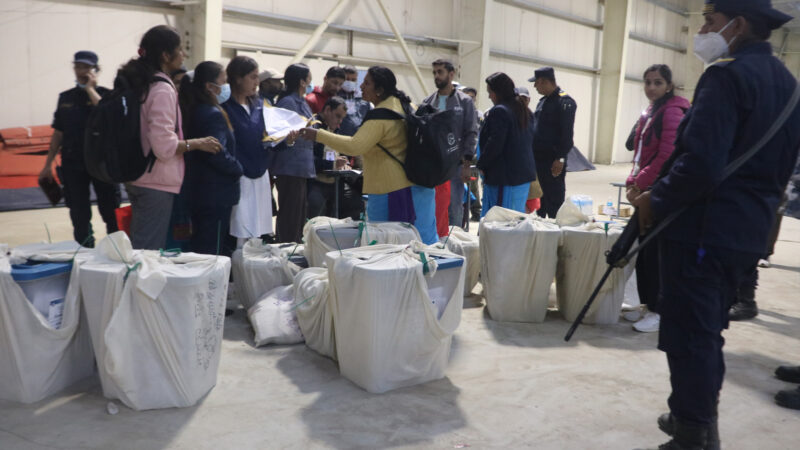 Ballots ready to be collected in Fuglung. Image via Nepali Times. Used with permission.

The complete election result, however, is expected to come in only in two weeks, which once again shows the need for electoral reform, including a quicker, more reliable counting system.