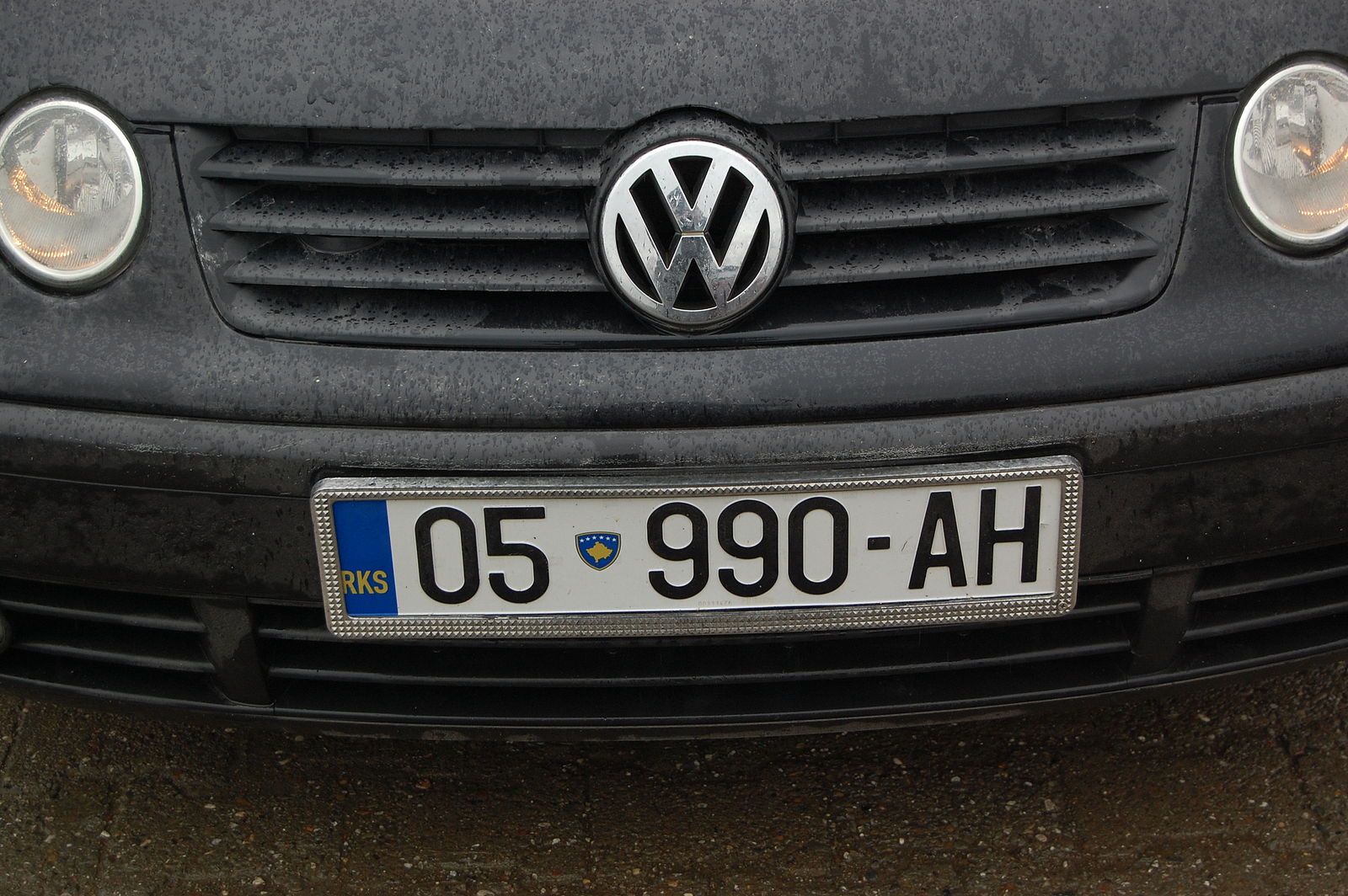 A car with a Kosovo license plate. Photo by Andy Mabbett via Wikimedia Commons, CC BY-SA 3.0.

A row centering on a decision made by the Kosovo government to ban Serbian-issued license plates after a long dispute, continues.

“After many hours of discussion … the two parties did not agree to a solution,” Borrell said. The EU's top diplomat said that a proposal was put forward that could have avoided the current “risky situation” which President Vučić had accepted, but, “unhappily, Prime Minister Kurti did not.”

A European diplomatic intervention has failed to resolve a dangerous row between Serbia and Kosovo over car number plates, with Brussels blaming Pristina for the stalemate https://t.co/CGBTblIyk0

Kurti, meanwhile, blamed Borrell for focusing solely on the license plates instead of the full normalization of ties between Belgrade and Pristina. And Kosovo’s President Vjosa Osmani rejected the accusations on  Facebook, saying “what we saw today from Mr. Borrell was openly exposed unilateralism, accommodation of the aggressor and presentation of a completely distorted reality.

After failing to reach an agreement with Kosovo, the Serbian President Vučić posted a video on Twitter, saying “We protect peace, people's lives and the stability of the entire region.”

Tweet text: “We protect peace, people's lives and the stability of the entire region.“
Video (Vučić talking): “I am proud of the fact that the delegation of Serbia came to Brussels with the unambiguous intent to talk and make deals, to agree to compromises, not to split hairs, and at almost at any cost attempt to preserve peace, lives of people and stability of the whole region. I am not ashamed of it. We acted responsibly and rationally because we don't think any mother, or sister or spouse want [their loved ones] to return in coffins.  We considered it's of outmost importance to give it our all, to accept compromise solutions. We gave our all, on multiple occasions, accepting more and more new demands. We can talk more, open all the issues, but what we must do is  to implement what has already been signed. It's better to talk a hundred years than to have one day of conflict.”

The government in Pristina argues that license plates predating the Kosovo's 1999 war for independence from Serbia can no longer be valid. It says the 50,000 Serbs in northern Kosovo, who only accept local Serb institutions, must now use Kosovo plates.

Kosovo police were due to impose fines of EUR 150 on holders of Serbian-issued plates from 7 a.m. on Tuesday, November 22.

But, in a turn of events, the US intervened and asked for a 48 hours delay in implementation, which Kosovo's Prime Minister Albin Kurti granted.

I thank Ambassador Hovenier for his commitment and engagement. I accept his request for a 48-hour postponement on imposition of fines for illegal ‘KM’ (and other) car plates. I am happy to work with the US and the EU to find a solution during the next two days. https://t.co/iXq1SCM8JL

What is the row about?

The license plate issue has been a source of contention for some time, with local Serbs in Kosovo preferring to use plates issued by Belgrade that Kosovo considers illegal. The row sparked repeated flare-ups over the summer.

The tension dates back to the war in the late 1990s, after which Kosovo declared its independence in 2008. Serbia does not recognize the sovereignty of its former province. Pristina and Belgrade have been attempting to negotiate over technical issues through an EU-led dialogue since 2011.

The EU in August brokered a deal to allow free movement between Kosovo and Serbia, seeking to ease tensions after a series of violent incidents. But the situation deteriorated. Earlier this month Kosovo Serbs resigned from their positions as MPs, mayors, judicial officials and police officers in a coordinated protest against alleged breaches of agreements made between Serbia and Kosovo in Brussels.

‘Escalation must be avoided’

After the meeting in Brussels, Borrell said he would inform the EU member states of the two countries’ “lack of respect for their international legal obligations” and warned that, given their commitment to joining the bloc, they should act accordingly. He went on to inform NATO's chief, Jens Stoltenberg regarding the failure to reach an agreement between Kosovo and Serbia.

Escalation must be avoided. The EU and NATO remain coordinated, also on the ground. @EULEXKosovo is monitoring closely.

Spoke to @JosepBorrellF. We are disappointed that it was not possible to solve the licence plate dispute. Now is the time for responsibility & pragmatic solutions. Escalation must be avoided. @NATO_KFOR remains vigilant.