'So, every time someone feels threatened now they can pull out a gun?' 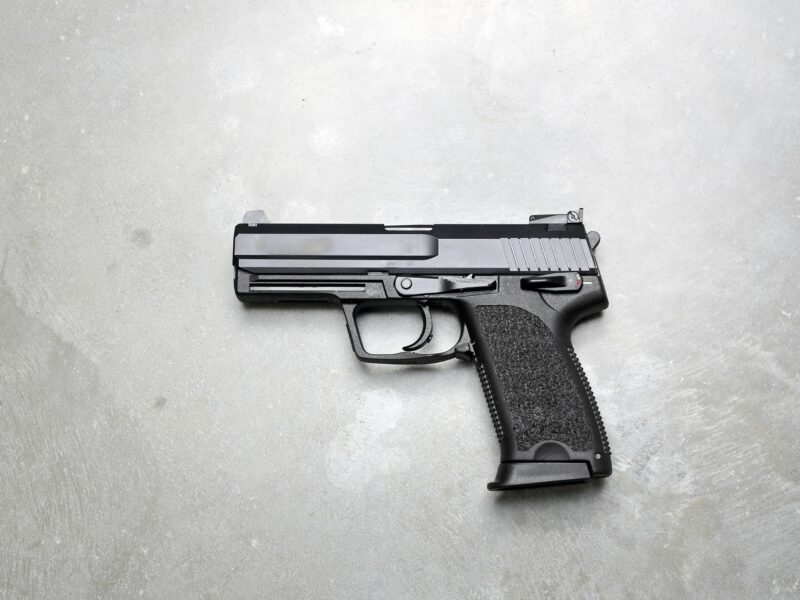 Uptown New Kingston is the financial hub of Jamaica’s capital. With around a million residents, the vibrancy of the city is juxtaposed with the presence of unhoused people who lie in shop doorways, begging from well-dressed professionals as they walk past. Many of these displaced people battle substance addiction or mental health issues, hustling to scrape a living washing cars, finding parking spaces for drivers, or selling small items.

It is against this backdrop that an incident recently occurred near a bank. In a video captured by an onlooker and shared widely on social media, a burly man was seen arguing with, and backing away from, a slight but very persistent woman who appeared to be begging from him. Although their conversation was inaudible, it culminated in the man pulling a gun and pointing it at the woman. This stopped her advances, after which the man walked to his car and drove off.

The reaction from Jamaican Twitter was remarkably uniform, with most users regarding the man’s action as justified. Many suggested that the woman, who is apparently quite well known in the area, was “a nuisance” and “aggressive,” and that the man was threatened.

Comments online put forward the hypothesis that the woman might have been armed, or might have bitten or scratched the man and given him a disease. It was even suggested that she might have grabbed the gun, in which case the man would have been in danger. None of these scenarios actually occurred. The woman stood quite still.

One retired policeman said the man overreacted to a minimal threat:

Others felt that the person who filmed the video was to blame, arguing that the man wielding the gun had been exposed to further danger, as he may be targeted for his gun — a view shared by the senior communications officer at the Jamaica Constabulary Force (JCF):

I hate how ppl can be so stupid and inconsiderate on social media. I refuse to share it anywhere! We are creating a culture none of us can live with enuh https://t.co/EssxYaIEu4

On November 21, the Firearm Licensing Authority (FLA) confirmed the man in the video is a licensed firearm holder, and that he was contacted to bring in his weapon and give a statement. The FLA, the government agency responsible for issuing these licenses, monitoring the safe handling and disposal of guns, and providing training to gun owners, is advising a “safety first” policy to encourage greater caution and responsibility.

There are reportedly some 60,000 licensed firearm holders in Jamaica. According to a recent report, more than 7,000 guns for which the permits have lapsed are currently in circulation. The country's Firearms Act now imposes much heavier penalties for dealing, testing or possession of illegal guns, as well as tighter restrictions on licensed firearm owners, who are encouraged to conceal their weapons when carrying them.

The New Kingston incident — and the overwhelming social media response that the man's actions were justified — raises other questions. For decades, guns have been a feature of Jamaica's political and social landscape, from the turbulent 1970s as depicted by prize-winning author Marlon James to the current widespread use of all types of firearms by criminal gangs. Moreover, a fascination with firearms has been embedded in Jamaican popular culture, from the famous 1972 film “The Harder They Come” depicting gangster life to dancehall music's “gun lyrics,” especially over the past decade. At dances, “gun salutes” remain a common (but illegal) practice when a favourite tune is played.

In an op-ed earlier this year, National Security Minister Horace Chang focused on the illegal gun trade and how it is glorified in local culture:

The ambivalence of the society towards illegal guns has helped to strengthen the gun culture in Jamaica. As a society, we have been tardy in denouncing the illegal gun.

Individuals and corporations alike have openly and tacitly given support and endorsement to cultural activities, music in particular, that distort and corrupt our globally acclaimed reggae culture by validating criminal violence and guns. Yet they fail to see the link between their actions and the high murder rate and shootings experienced in the society.

Just last month, the government banned radio stations from playing music with violent lyrics in an attempt to stem the tide of violence in the country, and in an August 2022 speech, Prime Minister Andrew Holness acknowledged, “We have a chronic gun culture in Jamaica.”

So, is the use of firearms — even legal ones — becoming more normalised in Jamaican society? Does perceived social class factor in, given the consensus that a small, barefoot woman was more of a threat than an armed man?

That lady is a plauge in New Kingston. A PLAGUE. She needs to be off the street, in the care of the state or at Bellevue. She is unsafe. A danger to herself and the rest of us. For the best outcome for all concerned, someone needs to get her off the road.

Apart from the view that all unhoused Jamaicans should be removed from the streets, there were far fewer comments regarding the plight of the woman. On Facebook, the more popular social media platform with Jamaicans, there was a more nuanced response to the incident, although many still supported the man's actions. Hundreds responded to a post on Loop Jamaica's Facebook page:

He reacted exactly how he should. You see how quickly she got back all her senses and walked away…All he's backing up and telling her to stop she wouldn't. I'm glad he didn't allow her to get too close. You can't let your guard down with these people […]

While others spoke of encounters they had with unhoused people, this commenter was very much in the minority:

So, every time someone feels threatened now they can pull out a gun??? This will be the U.S. in no time…gun deaths everywhere. […] CRAZY!!!

This is not the only incident where the prevalence of guns, legal and illegal, has become apparent. While there have been several incidents of the police shooting mentally ill people this year, for which they have been taken to task by the Independent Commission of Investigations, police sources claim that their training does not allow them to properly address the issue:

From our perspective, when we are called, it’s usually by a person in need of help. We are not trained to do psychosocial analysis. We can’t determine if someone is mentally ill. The police work to assist the community mental health unit officers in situations involving the mentally ill.

The impact of the proliferation of guns on marginalised citizens is significant. Residents of low-income communities, including children, hear gunfire on a daily basis. Some say they feel as if they are under siege, with their homes caught in the crossfire. Schoolchildren are adversely affected, often too traumatised to go to school. Inner city youth, often described as “youth at risk,” are especially impacted by gun crime.

Update, November 22, 2022: The gun license of the man involved in the incident has been suspended pending further investigation.