The late anthropologist was a kindhearted scholar, artist, conservationist, and storyteller 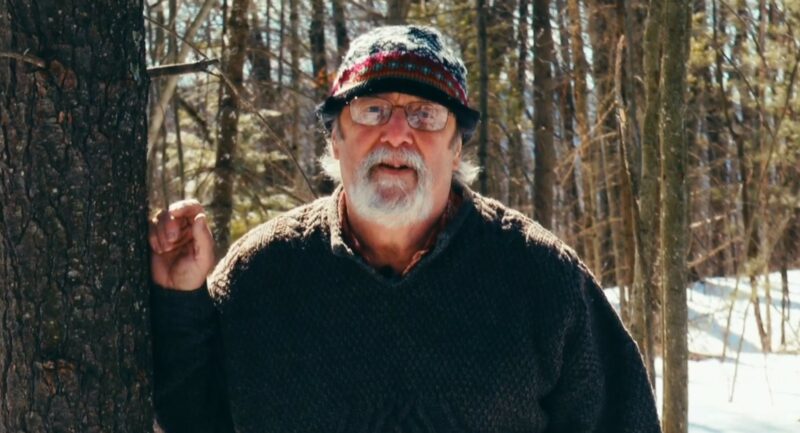 Dr Charles Norris-Brown, an anthropologist, artist and storyteller, travelled extensively to western Nepal in search of stories about tigers. Screengrab from a YouTube video by Falls Area Community TV about his book ‘Did Tiger Take the Rain?’

A quick sketch of a jittery jeep with a bulky man sitting on the roof — this was the last sketch Dr. Charles Norris-Brown showed me after our month-long trip to western Nepal in February 2011. We had travelled to five western districts of Nepal — Banke, Bardiya, Kailali, Kanchanpur and Dang in search of myths and stories related to tigers.

When I asked what was so special about the drawing, he gave a wry smile and said, “I can’t forget this vehicle, I spent two-thirds of my budget on hiring it. And the man on top of the jeep is the driver who seldom smiles.”

Charles, an anthropologist, artist and storyteller from Vermont in the United States, planned to write a children's storybook about tigers. He wanted to visit the Tharu villages in western Nepal to find out the community perception of tigers and collect related stories. He emailed me because I had led the early phase of the World Wildlife Fund's TX2 campaign in Nepal to double the tiger numbers by 2022. As I was interested in collecting stories about tigers, I decided to accompany and help him with the project.

Charles had a unique smile. Whenever he saw a group of children, he would go near them and say, “Haansa, haansa.” Though he meant “smile” for a picture, it sounded like “duck” in Nepali. The children would start giggling and I would join them, too. Then a big grin would light up Charles’s face. He was a man of few words. But his eyes would do the talking.

He would analyse the traits of a person and bestow a memorable moniker. He named one of our friends “Database” because he could identify the right persons at the right places. It was with Database’s help we could easily traverse the western districts of Nepal.

We had many moments of joy, laughter and frustration during the trip. At one place, we reached a river we needed to cross that was narrow but deep. One could easily cross the river on foot, and it would not have taken more than 15 minutes. However, we were in the jeep. We urged the driver to try crossing the river, but he was afraid of getting stuck in the middle. So, we ended up driving for two hours in the dark through dense forest on a bumpy road along the riverbank. Finally, we found a bridge, near the Indian border, where we could cross the river. 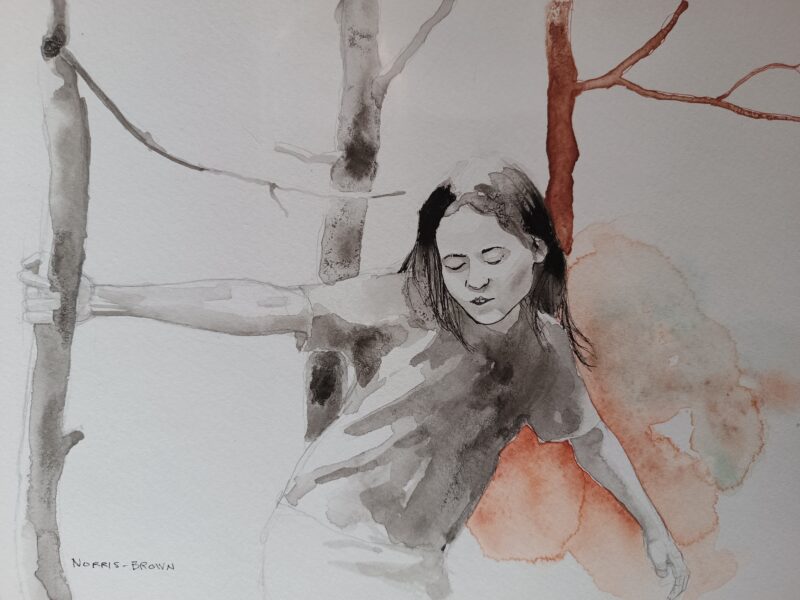 At times, we would feel like dropping the idea and returning only after proper planning. This was partly because most of the community members we met would narrate anecdotes shared by their elders but only a few remembered fables about tigers told by their forefathers.

Luckily, we met an old man in Dang District, around 450 kilometres west of Nepal’s capital city, Kathmandu. He could go on telling moral stories for days, though he had never read nor even heard about Panchatantra, the famous collection of fables in Sanskrit. He told us a story of a monkey, a jackal and a tiger. The story was about a jackal who moved his family into a tiger's den during the rainy season, and how they managed to be saved from being killed by the tiger.

As I translated the story into English, Charles’s face lit up while he was jotting it down in his notebook. He must have found his “Eureka” moment, including some characters for the book he planned to write.

Later, we met two little girls, one in Kanchanpur District and another in Bardiya District, and the story started unfolding — they would make perfect subjects for the story Charles was brewing in his mind.

He would take pictures of men, women, children, trees and landscapes and sometimes sketch quickly whatever seemed interesting to him, and he would also ask children to draw tigers.

He emailed me as he returned to his home in Vermont, USA: “If you remember, I asked them to draw tigers and they drew these fascinating images of their village and the tiger on the other side of the river. So, since I have wanted to base the book on this ‘crossing over from culture to nature, I have been trying to find a way that makes sense for a small child to cross the river.”

He had plans to publish two books. He had said in an interview for the blog Voice of Tharus: “In the first book, the response to the tiger is carried out by children who go off into the jungle to find out why the tiger came to the village. There they meet with a jackal and some langurs who explain the forest and its animals and plants, and why it is so important to keep the forests healthy.” 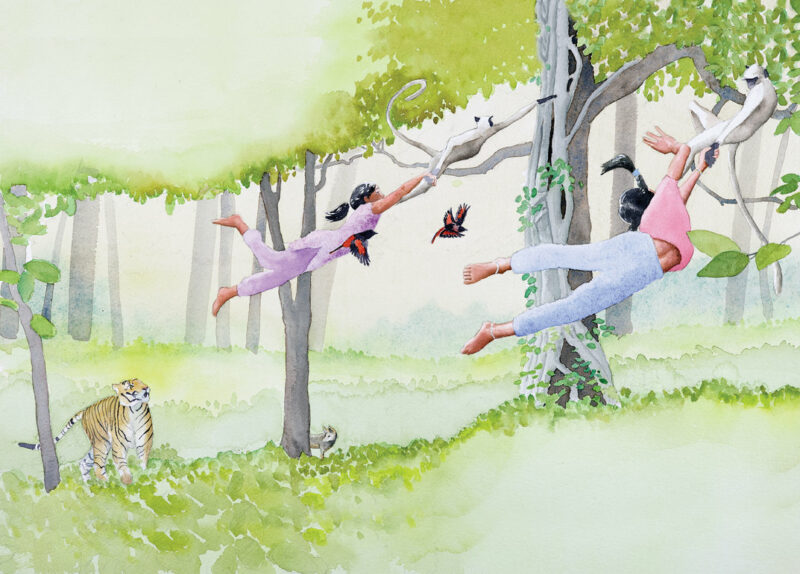 I met with Charles again in 2015 and accompanied him to meet the two girls featured in the book. He wanted to make sure they were happy with the storyline before it was published. We continued to be in touch and he taught arts to a group of Nepali children, including my daughter.

“Did Tiger Take the Rain?” was first published in hardcover by Green Writers Press of Brattleboro, Vermont, USA, in 2016. It is now available as an open-source book on the Pratham Books’ StoryWeaver platform, already translated into six other languages.

Charles wanted to feature a Tharu traditional healer and his granddaughter in the second book. The story would revolve around tigers and conservation, just like the first book.

“I still have a dream of seeing a Tharu-based ecotourism plan take shape in a format similar to the one being managed by the Saami people of northern Sweden,” he had said. “This way it might be possible to help provide some funds for Tharu girls to go to school.”

But fate had other plans. Charles passed away unexpectedly on October 19, in Concord Hospital, New Hampshire.

When I recollect the sketch of the jeep with the driver on its roof, I remember asking Charles, why he didn’t colour it? He chuckled and said, “I would paint the picture when I visit Nepal next – the lush green wheat fields in the background with a layer of mustard flowers above them.”

The land will once again turn green with wheat and wear a layer of yellow mustard flowers this winter. But Charles’ sketch will remain in black and white.