Football is also about respect and dignity for all. 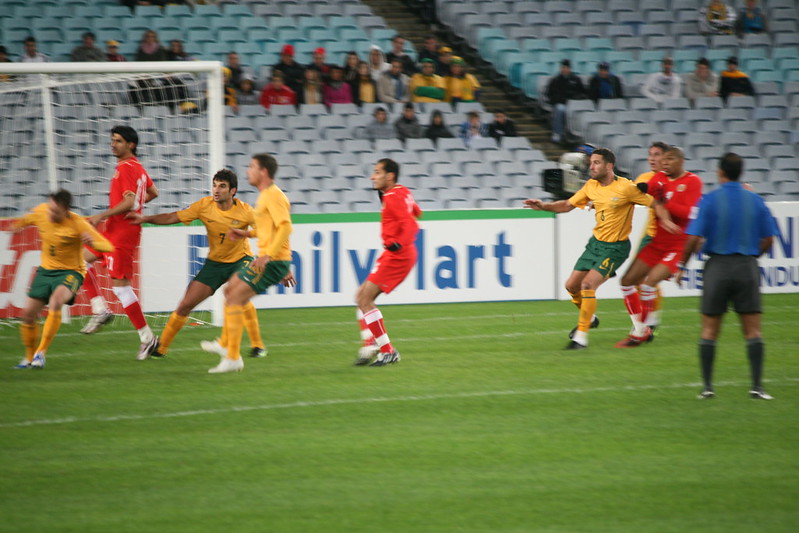 Australia’s football team, the Socceroos, has released a powerful video expressing concern about the plight of migrant workers and LGBTQ+ individuals in Qatar, the host of the FIFA World Cup 2022.

The video, released on October 27, featured 16 current and former Australian players. After the publication of the video, Football Australia, , the governing body of football in the country, and Professional Footballers Australia issued separate statements echoing the message of the Socceroos players.

The players said in the video that they consulted various groups and institutions to learn more about the situation of migrant workers in Qatar.

We have learnt that the decision to host the World Cup in Qatar has resulted in the suffering and harm of countless of our fellow workers.

These migrant workers who have suffered are not just numbers – like the migrants that have shaped our country and our football. They possessed the same courage and determination to build a better life.

A message from the Socceroos. pic.twitter.com/Sd2R6ej8kK

There are reports about a high number of deaths among migrant workers who built the World Cup stadium and other facilities after Qatar was awarded the right to host the games. Reports also showed the unsafe working conditions and exploitative labor practices that exacerbated the suffering of migrant workers.

Aside from championing the rights of workers, the Socceroos players also spoke out against the discriminatory policies of Qatar against the LGBTQ+ community. They made specific appeals addressed to Qatar authorities:

This must include establishing a migrant resource centre, effective remedy for those who have been denied their rights, and the decriminalisation of all same-sex relationships. These are the basic rights that should be afforded to all and will ensure continued progress in Qatar … [and] a legacy that goes well beyond the final whistle of the 2022 FIFA World Cup.

Football Australia shared the observation of the players about recent reforms undertaken by Qatar, but also noted the abuses experienced by migrant families and the LGBTQ+ community.

We acknowledge the significant progress and legislative reforms have occurred in Qatar over recent years to recognise and protect the rights of workers, and we encourage all stakeholders to continue this path to reform.

However, we have also learned that the tournament has been associated with suffering for some migrant workers and their families.

As the most multicultural, diverse, and inclusive sport in our country, we believe everyone should be able to feel safe and be their true authentic selves. Whilst we acknowledge the highest levels of assurances given by HH Amir of Qatar and the President of FIFA that LGBTI+ fans will be safely welcomed in Qatar, we hope that this openness can continue beyond the tournament.

Kate Gill and Beau Busch, co-chief executives of the Professional Footballers Australia, recognized the bravery of the players in releasing the video:

The players have spoken today about what they have learned and what they feel is required to deliver a positive legacy.

They know what values define our sport when it is at its best and they know that football’s impact on people should be universally positive.

They also know that when those values are absent, or if football has caused harm, they have a platform to make a stand.

The players recognise that their views may not be universally popular.

Some will believe they have not gone far enough whilst others will call on them to stick to football and stay out of “politics”, despite this being a matter of human rights.

This polarity says much about the courage of the players and also the increasingly fractured nature of the world.

BBC reported that the action of the Socceroos “is one of the most notable demonstrations of criticism made by any of the teams playing at the World Cup.”

Human Rights Watch affirmed the validity of the statements made by Socceroos:

Players correctly assessed the situation in Qatar, where important reforms have been introduced but require better implementation.

Unprecedented, bold acts of solidarity by both current and former Australian football players have set an important example. FIFA should follow up by announcing it will make right the abuses it has both enabled and will profit from.

In response to the video by Australia’s football team, Qatar’s World Cup organizers said the impact of reforms take time before they are felt. The spokesperson for the Supreme Committee for Delivery and Legacy told the media:

New laws and reforms often take time to bed in, and robust implementation of labour laws is a global challenge, including in Australia.

No country is perfect and every country – hosts of every major events or not – has its challenges.