'[A]nything less than a COP that secures L&D funding will be a betrayal...' 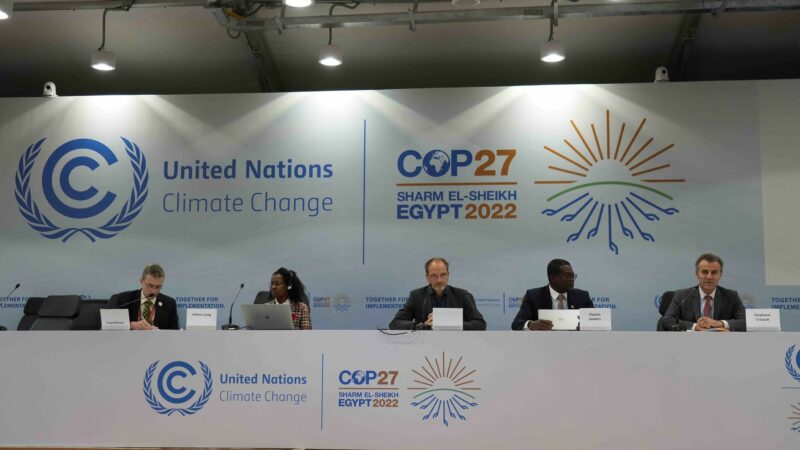 Countries of the so-called developing world came to COP27 in Egypt with a very clear goal: secure a financing fund to address Loss and Damage (L&D).

For decades, this has been the rallying cry sounding from these countries, many of which are already suffering intense climate impacts. They’re not only facing encroaching sea levels and more intense and frequent disasters, but many of these nations are also drowning in debt from which they’re unable to recover.

Things seemed to be turning in their favour a week ago when a last-minute decision was made at the start of the COP, to add L&D to the agenda.

However, with just one day left in the global conference, there still has not been the establishment of an L&D funding facility. Instead, we’ve been witnessing an obvious tiptoeing around this agenda item by developed countries.

In response, high-level representatives from the negotiating bodies — Alliance of Small Island States, the Independent Alliance of Latin America and the Caribbean, G77, and the Least Developed Countries — hosted a snap press conference to let their collective views be known, titling it “Loss and Damage Inaction.”

Essentially, precious time is ticking away while a critical decision on L&D financing gets pushed aside at this COP.

On behalf of the G77, Sherry Rehman, Pakistan’s Federal Minister of Climate Change, stated that the entire COP system should be pivoting toward the concept of common but differentiated goals, as this is part of its core foundation. Likening this to climate justice, she made it clear that if L&D funding is not provided, this will cause negative ripple effects: “Climate justice delayed is climate justice denied.”

COP27 was touted to be a summit for the realisation of implementation, adaptation, and resilience; it was also meant to be an African COP. But, according to the collective, countries of the Global North are dragging their feet on delivering finances to address impacts that Global South countries had little to no hand in creating.

“Our vulnerability should not become a death sentence. We want a powerful political message to come out of this COP, because as the planet is burning, we’re burning up on the front line,” noted a compelling statement from Pakistan.

On behalf of the Alliance of Small Island States, Sir Molwyn Joseph, Minister of Health, Wellness, and the Environment of Antigua and Barbuda added, “We left Glasgow [COP26] with hope. There was a clear expectation that Loss and Damage funding discussions would take place and that providing those funds would be the next step. But this is not the case at COP27. And anything less than a COP that secures L&D funding will be a betrayal of all the people who are working hard to fight for humanity.”

Small Island Developing States (SIDS), such as those in the Caribbean, are experiencing impacts associated with a host of extreme and slow-onset events which affect their people, economies, and natural resources. According to the recent IPCC Working Group I (WGI) report, the negative effects of climate change are already increasing in intensity and frequency. For SIDS, this equates to a real existential crisis.

Island nations are reliant on coastal and ocean resources, including small-scale agriculture, beaches, fisheries, and more. Even small changes in these resources will have big consequences for small economies.

For Minister Joseph, it’s more than just political will that’s needed at this COP — the more critical matter is turning the discussions and apparent commitments into action. “We are frustrated that political commitment has not yet been translated into political action to assist climate victims,” he said. “This is the minimum that we can accept, at this point.”

Bringing reality to the room, Minister Joseph drew reference to the destruction Hurricane Irma caused in 2017 in his home country. Barbuda was battered by 185 mph winds and remained ruined and largely uninhabited for months.

“Why should I be pushed to go to the United Nations and ask for donations and charity? That can't be an acceptable expectation of SIDS at this time,” he lamented, “I am making an appeal to all partners, let us not leave COP27 without establishing the L&D fund … so that if next year Bangladesh, Tuvalu, Barbados, or Antigua and Barbuda is devastated by a storm we won’t have a situation where people have to be re-homed. In many of these countries, there's only one hospital. What are people going to do when that one hospital is destroyed?”

With 24 hours left to sit and work it out, developing countries are not backing down.