The Chinese state media presence in Mozambique is minimal

As the report shows, the language barrier in Mozambique has emerged as an element that prevents China from having greater influence in the country, as China has invested heavily in major foreign languages — English, Spanish, and Russian. Despite many positive signs for Mozambican media's overall resilience to Chinese influence, the report also documents some areas of vulnerability.

The report examined direct responses to CCP media influence in 30 countries and their underlying resilience or vulnerability to problematic influence or manipulative efforts from Beijing. It focused on the period from January 2019 to December 2021.

Relevant factors included laws and practices protecting press freedom, the extent of critical and diverse news coverage related to China and Chinese investment in the local economy, and both generic and China-specific initiatives by governments and civil society to counter misinformation, track investments in media, increase transparency, and protect press freedom and freedom of expression.

The countries included in this report were selected based on several criteria. A variety of countries were selected as a study not only of Beijing's influence efforts but also of the response and impact in democratic settings. To achieve a global analysis, Freedom House selected a diverse sample in terms of geography, language, and nature of bilateral relations with China.

Third, Freedom House looked for countries where there was clear evidence of China's media influence and sought examples of media resistance or CCP political influence. Fourth, it considered the strategic importance and population size of a country, with preference given to countries with relatively large populations or strategic relevance.

Overall, the report revealed that the Chinese government has expanded its global media influence: the intensity of Beijing's media influence efforts was designated as High or Very High in 16 of the 30 countries examined in this study. In 18 of the countries, the Chinese regime's efforts increased over the three years that the report focused on studying.

The report explains that the Chinese Communist Party (CCP) and its proxies are using more sophisticated and coercive tactics to shape media narratives and suppress critical reporting. These include mass distribution of Beijing-supported content through mainstream media, harassment, and intimidation of outlets that publish news or opinions not favoured by the Chinese government. Cyberbullying, false media reporting, and targeted disinformation campaigns were seen as key tactics.

The Chinese state media presence in Mozambique is minimal, and its development is hampered by the fact that it does not produce any content in local languages other than Portuguese, which is spoken by just under half the population. 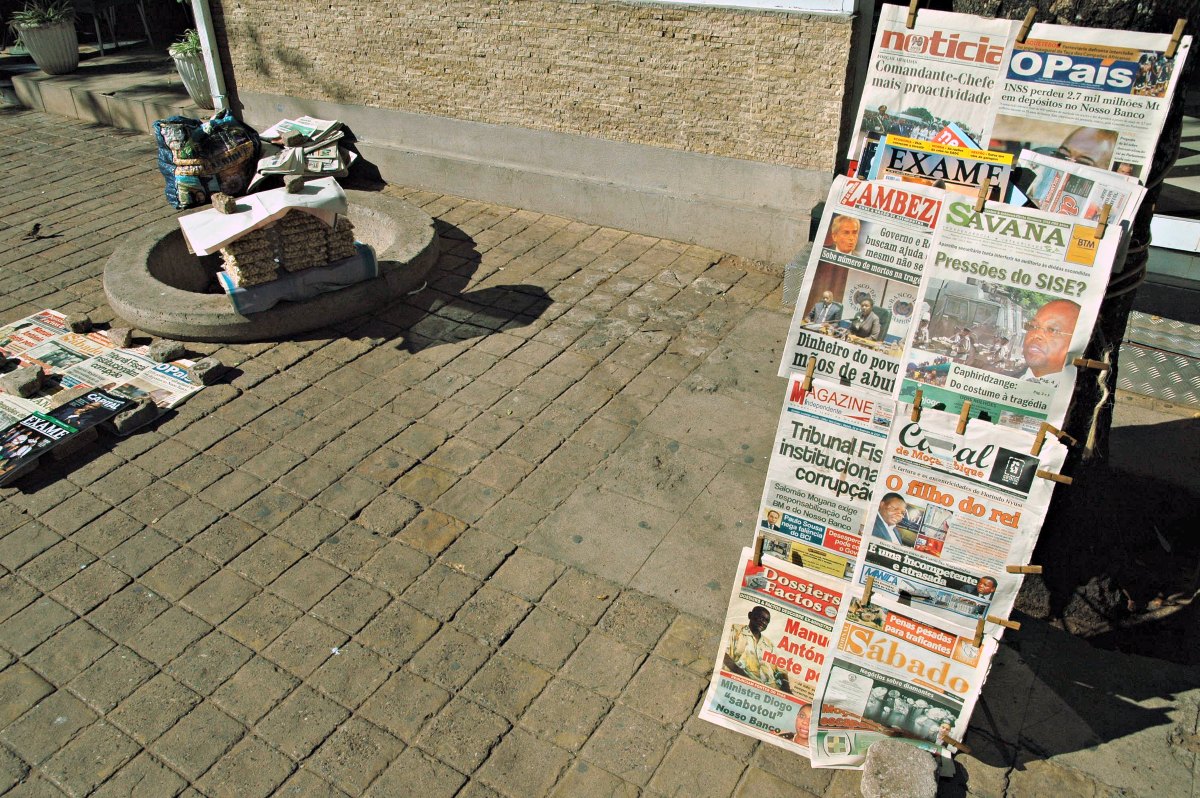 It was found that Beijing's media influence in Mozambique began through a series of content-sharing and cooperation agreements with state and private media prior to the 2019–2021 coverage period of the study. Most of the Chinese state media content that reaches a Mozambican audience is distributed indirectly through local media outlets. However, the strategies of direct media influence may increase as the digital transition increases in the country.

Specifically, the Chinese media, whose content aims to reach the Mozambican audience, only creates content in Portuguese, which limits the potential audience. Portuguese, despite being the official language, is spoken by less than half the population, with fluency concentrated among the political and economic elite. It is indirectly perceived that resistance to China's influence is not intentional in Mozambique, but is due to language barriers.

Likewise, some public opinion interviews reveal that support for China as a model of state development has reduced since 2015, and that general knowledge about Chinese investments or development aid in Mozambique remains low.

Overall, the report reveals that despite the long historical relations between the countries, Mozambique continues to resist the possible influence of China in the communications sector. In fact, according to Freedom House, there was no evidence of Chinese state-backed disinformation campaigns targeting or reaching news consumers in Mozambique during the coverage period.

The report mentions some major threats posed by China within the media sector. These are linked to the fact that signed articles by the Chinese ambassador are regularly featured in Jornal Notícias, which is the country’s largest newspaper by circulation, and his comments are published more frequently than those of other nations’ diplomats.

Although it seems there are some signs of positive resistance, the report categorizes the country as vulnerable. This rating reflects how well-equipped a country is to respond to the influence efforts it is facing. For Mozambique, there are some worrying trends, like the strong historical link between the PCC and the ruling Frelimo Party, that can be seen as an element of influence and manipulation of the communications sector, given that both parties have an authoritarian tendency based on communism.