Descendants of Indigenous peoples join to fight for climate 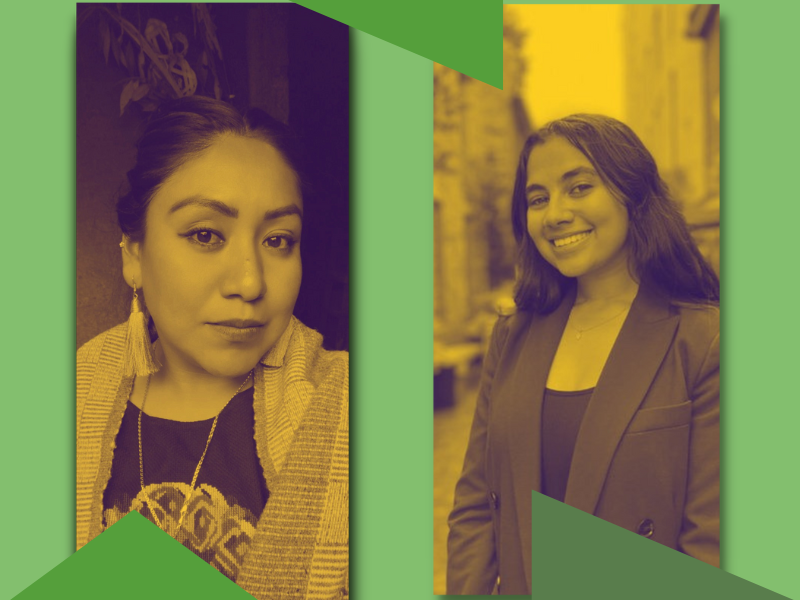 When Fatima Zahrae Taribi, a 20-year-old Moroccan climate justice advocate, met Luz Edith Morales Jimenez, a young land defender from Michoacán, Mexico, she wondered how they could communicate. Zahrae speaks French, Arabic, and English, and Morales speaks Spanish and Purépecha, an Indigenous language from her region. Yet, when they met in a climate camp in Tunisia ahead of the international climate conference COP27, the UN's annual international environmental conference, they understood each other without needing words.

“The odd thing was that I don't speak Spanish and they don't speak English, so we had to figure out how to communicate. Like the proverb goes, actions speak louder than words, and with them, our only option was to do actions together and speak through our eyes and emotions.” Zahrae told Global Voices through Instagram. “I couldn't believe that we connected on such a deep level with no words.”

Although the Atlantic Ocean separates these two young women of different Indigenous origins, they have experienced comparable effects from colonialism, land dispossession, and climate change.

Morales’ father, a Purépecha Indigenous man who tried to protect their ancestral lands from encroaching development projects which would cut down old-growth forests for the monoculture of avocados, was shot and killed by Mexican police in 2017. Three other people were killed, and 10 were tortured. Yet five years later, authorities have failed to deal with the case. Since then, his daughter has fought for justice. 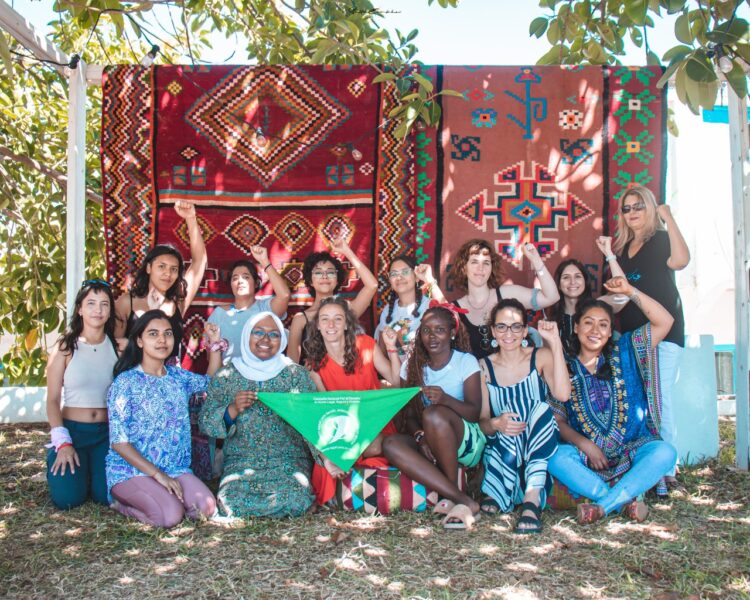 Meanwhile, Zahrae comes from a long line of Indigenous Amazigh Moroccans who speak their own language but have endured discriminatory policies to make them adhere to “Arabism.”

For the indigenous Amazigh people, responding to the difficulties posed by climate change might mean the difference between life and death for entire communities.

The use of water-intensive industrial farming methods has made the nation's limited water resources more apparent. As food insecurity and water shortages become more common, officials are struggling to find creative solutions, which is particularly complicated in Moroccan regions where Indigenous people are bound to the land.

Amazigh populations must cope with difficulties like above-average poverty rates and prejudice, as well as more obvious environmental challenges like maintaining forests as structural drought intensifies throughout the Maghreb, Sahel, and beyond as a result of the climate crisis.

Zahrae’s grandfather served as a land custodian and devoted his life to defending the people's right to their land from French colonists. Zahrae took up his mantle to continue guarding the land after years of worsening drought.

“I think of myself as a continuation of his soul, as I am a protector of the land against another enemy: climate change,” Zahrae said.

The two young women met at the Climate Justice Camp in Tunisia earlier this year and reconnected at COP27, which is being held in Sharm-El-Sheik, Egypt, from November 6–18.

COP is the United Nations’ largest international climate conference, bringing together heads of state, non-profit organizations, business leaders, and activists to take action toward achieving the world's collective climate goals as agreed upon in the 2015 Paris Agreement.

This year's conference, COP27, brings together over 190 countries against the backdrop of global crises. Food and energy costs are at record highs as a result of COVID-19's effects and Russia's invasion of Ukraine, and nearly every region of the planet is suffering extraordinary climatic catastrophes, including record rain, heat, fires, and storms.

The main goals of COP27 include developing financial plans to address climate change and lower global temperatures by at least 1.5 degrees Celsius through reductions in greenhouse gas emissions.

Indigenous peoples frequently pay a hefty price for their unwavering dedication to the environment. For Zahrae and Morales, climate change is the symptom of ongoing structural issues. They both face “racism, gender violence, extractivism, and imposed death,” Morales says through WhatsApp.

“Indigenous communities are always the ones who preserve the majority of the diversity that exists on the planet, without expecting anything in return. We are living resistances that have survived all the mega-projects of the big cities since ancient times; we are the ones who give life and safeguard all that remains of nature,” she continues. She is demanding that leaders comply with their promises toward Indigenous people.

More than 80 percent of the world's biodiversity is protected by Indigenous peoples worldwide, despite their estimated five percent population share. Biodiversity plays a crucial role in mitigating climate change and ensuring human survival. Yet, Indigenous peoples’ ongoing commitment to the land and ecosystems often comes at a high price.

In Latin America, land defenders, who are often Indigenous, are routinely killed. In 2021, 54 land and environment defenders have lost their lives in Mexico, according to the non-profit Global Witness. “Mexico was the country with the highest recorded number of killings, with defenders killed every month, totaling 54 killings in 2021, up from 30 the previous year,” their most recent report reads.

Many more are harassed, criminalized, and intimidated by the government, businesses, and other actors. They are particularly at risk when opposing mining and renewable energy mega-projects (such as large wind farms or hydroelectric plants), industrial monocultures, and other private or public projects that threaten their communities, forests, and water sources.

In Northern Africa and the Middle East, the challenges of speaking up for the environment and climate often come with the risk of being imprisoned or forcibly disappeared. In Egypt, for example, where the conference is held, 60,000 political prisoners are estimated to be behind bars. The country has been charged with preventing environmental organizations from conducting independent policy, advocacy, and fieldwork necessary to safeguard the nation's natural environment.

Despite having contributed the least to global warming and environmental degradation, Indigenous peoples and other historically colonized and marginalized peoples are at the frontlines of climate change effects. Advocates using the term “climate justice” seek to rectify this unbalance. Ocean levels are rising. Pollution, extreme heat waves, and droughts are health and crop hazards.

Locals in both regions also point to the hoarding of water for business or political purposes, leading to conflict. Women, in particular, are at risk of climate change vulnerability and violence.

“Milpamérica resiste” can be loosely translated to “The America of the corn resists,” referring to Indigenous people. The banner translates to “The earth's cure, we are the water that puts out the fever of mother earth.”

These are some of the factors that motivate Zahrae to create a safer environment for climate advocacy. “My first step was to figure out ways to make it accessible, just, and safe for individuals to advocate for the cause they believe in.” Zaharae started Moroccan Youth for Change, a community where young Moroccans may meet and talk about issues they are facing, such as climate change.

Morales, on her part, is active in Futuros Indígenas (Indigenous Futures), a network of Indigenous activists and journalists from Mexico and Central America who empower Indigenous people to share their own narratives about climate change.

When asked about how women from the Global South can leverage their similar lived experiences, Morales says: “I have always believed that unity is strength. We can take advantage of our shared crises to support each other.”

For Zahrae, meeting Morales and other young climate activists was key. “Thanks to these people, my hope and trust in humanity have been  restored and I am able now to tackle the upcoming challenges with a smile on my face and a serenity in my heart.”