How to engage international attention when the revolution appears failed? 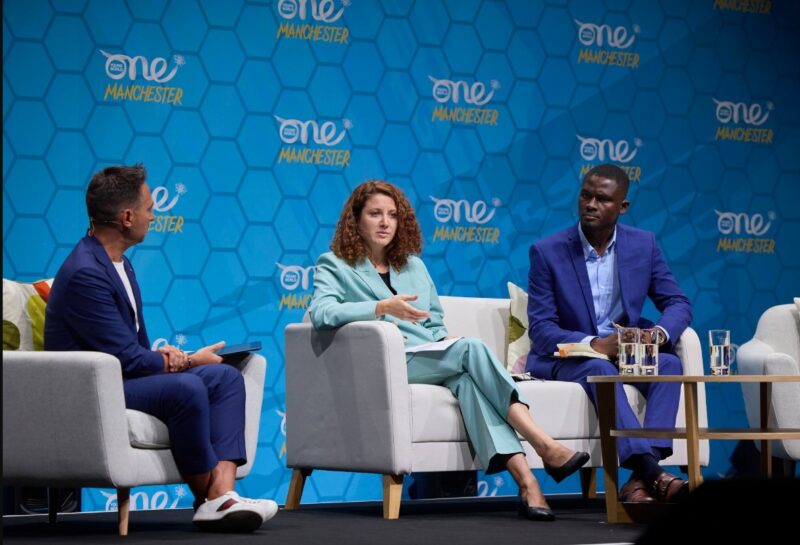 Photo from personal archive of Hanna Liubakova. Used with permission.

Today, the slogan of Belarusian opposition “Жыве Беларусь” [Long live Belarus!] was declared a “forbidden Nazi symbol.” The current Belarusian regime is considered to be a Kremlin-backed dictatorship that brutally represses all political dissent.  In 2020, protests shook the country, when its leader Alyaksandr Lukashenka claimed to have won the national elections for the sixth time in a row.  Sviatlana Tsikhanouskaya, a former English teacher and wife of a jailed blogger and activist Siarhiej Tsikhanousky, was Lukashenka’s main opponent during the elections, and protests were held in her support. They were brutally dispersed by the Belarusian police, with at least one person killed, and thousands jailed.  Tsikhanouskaya left the country and has since then officially represented Belarusian government in exile.

Recently, Global Voices published an article on the continuous anti-war and anti-dictatorship resistance in Belarus. The piece was based on a Twitter thread by Hanna Liubakova, who uses her Twitter account to publish news about Belarus in English that are hard to find elsewhere. Liubakova has also previously written for Global Voices, and agreed to talk about her latest work with Belarusian media and activism.

Global Voices (GV): Please tell us a little bit about yourself, how are you connected to the activism and journalism in Belarus?

Hanna Liubakova (HL): I am a journalist from Belarus. I left the country in 2020, because even before the elections and protests, I was surveilled. I knew that I would need to leave. I joined the Atlantic Council while I was still in Belarus, but then I got this sort of signal that it was better for me to leave the country. Now I report about those protesters from exile. I am currently a non-resident Fellow at the Atlantic Council, which is a Washington DC based think tank. I also work at several organizations that focus on media development. And we work with the Belarusian outlets. Some of them are still inside the country but there are also those who fled the country.  Our main focus now, and one of our priorities is how to reach those neutral audiences inside Belarus, how to deliver news to them, how to make them interested in political news. Right now, their news consumption is mostly around non-political news. So, we are focusing on how to make them interested in politics, in human rights, in current affairs in general. And my other priority as an expert is to provide information about Belarus to foreign media. I publish this via Twitter or by the Atlantic Council or speak at conferences.

GV: Just recently you did a training for Belarusian journalists on topics that may interest the international media.  Could you tell us a little bit more about that? Specifically, which topics do you think could be interesting for attracting attention of international media to Belarus once again?

HL: Before I did the training, I asked a question on Twitter, in order to get the response from foreign and Belarusian journalists and editors who follow me, about what would be the topics that attract the attention of international media to Belarus.  I received some great responses from editors, which were really interesting.  I think the most important and really relevant [thing] for us is that the resistance is not over, and I think that Global Voices  had also emphasized this in the recent publication already.  That is very important,  what is happening inside the country.  We have to show that  it's not just that the Belarusians are siding with Russia, with the Kremlin, and they support it.  Because that's what many people think and they have this stereotype in the West.  I suppose that it is really difficult to see resistance when there are no protests, when we don't see those pictures of hundreds of thousands of people on the streets. And of course, I understand why people think that the revolution is over, but it's not the case. We see the resistance, and there are so many interesting developments and initiatives inside the country.  There are many  people who tried to stop the movement of Russian troops or who protested in some other way. They are jailed, and the repercussions are really harsh.  But this is happening. Also, what many people do is they share information. They are inside the country. And they became citizen journalists for us, and they share this information with us. That is how we are able to follow what's happening inside. It also shows their interest, it shows that they are against regime, they're against the deployment of Belarusian troops, or the use of territorial waters for the invasion. The moods inside the country, the opposition, the resistance are so important. This is also what the foreign editors are interested in, and we have to show this to them as much as possible.

GV: Were there any other topics that they mentioned?

HL: The other really important [thing] that those editors who responded to my tweet are really curious about was to focus on the economic situation. The reason for this is that Belarus is under sanctions, so many investors and businesses left the country. A lot of people are interested in what was happening in Belarus, because there were labor strikes, so many are wondering whether these strikes are going to come back.  Recently, we saw that there were strikes of the private businessmen because of this ban on inflation that the regime came up with. This is also why another important question is what is happening with the economy because of this ban? Because economy is one of points of pressure on the regime. That's why many are so interested.  Another aspect is the information about oligarchs and people close to [the Belarusian leader] Lukashenka, what is happening with them?

One more issue that the Belarus media need to write about, and what will be relevant for international media is the moods among the military and how the country has been used by Russia. For example, most recently, it was confirmed by British intelligence that the Russian soldiers are now trained in Belarus.  I hope there would be more information coming from Belarusian journalists about that.

GV: Would you recommend some independent sources the readers could refer to while searching for information on Belarus, in English or any other languages?

HL: To be honest, there are not so many sources. I think that English versions of Belarusian media outlets would be really relevant and important.

For example, Belsat TV has one, or Radio Liberty, Radio Free Europe is a really a great source of verified trustworthy information. Of course, there are also Twitter accounts, which one can follow. I am not talking about self-promotion here, there are many others.

Hanna Liubakova’s Twitter account provides daily verified updates from various sources on what is going on in Belarus; she has over 145 000 followers.