A staycation anyone? This Kenyan hospital defied the law to advertise a vacation with social media influencers

Is there anything wrong with a hospital offering a staycation? 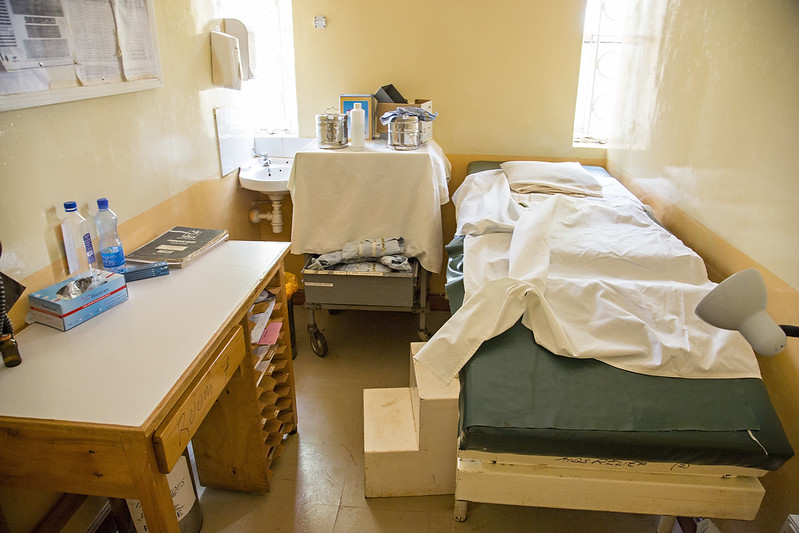 On October 28, 2022, Kenyan social media influencer Mungai Eve posted photos advertising a staycation at a small outpatient clinic on the outskirts of the capital Nairobi. The Instagram post, which appears to be a paid engagement, elicited strong reactions and public discourse among Kenyans online around the advertising and ethical standards of healthcare providers.

The clinic, Komarock Modern Healthcare, has a controversial history of working with social media influencers. However, the Kenya Medical Practitioners and Dentists Council (KPMDC), a statutory authority established to ensure the provision of quality healthcare, has neither commented on nor fined the clinic in the past or recently. In April 2021, the Council fined three hospitals for false advertising.

Komarock Modern Healthcare also has a controversial history of medical abuse and misconduct. From being accused of negligence that led to the death of patients undergoing procedures, to former patients lodging a formal complaint with the KPMDC against the clinic in 2021. As Dr. Rowena Njeri a health systems activist advised the public to lodge official complaints to the council over and above just sharing their stories and experiences on Twitter, little remains to be seen of the past formal complaints that former patients have lodged against the clinic.

A hospital staycation anyone?

The post which, at the time of publishing this story had over 21,000 likes, has so far elicited scores of comments as her followers “try and guess.” It doesn’t disclose that it's a paid partnership.

However, it is the question that Muthuri Kinyamu, an expert in the hospitality industry and the founder of Turn Up Travel posted on his Twitter page that has elicited strong commentary whilst eliciting two moral questions into the public discourse.

What are the rules and regulations for healthcare providers around advertising and the use of influencers? Is it ok for hospitals to offer staycations?

But first, what are staycations?

Staycations, from tourism to Healthcare

Staycations — holidays spent in one’s home country, more often involving day trips to local attractions — became popular in 2020 following the COVID outbreak which restricted international travel. Faced with an international tourism crisis that lasted over two years, Kenya’s hospitality industry, which for the longest time only focused on and catered to international tourists, had no choice but to find innovative ways of attracting citizens as local tourists. Despite being Africa’s top travel destination for safaris, Kenya’s tourism industry suffered devastating effects from the pandemic.

As the demand for quick yet affordable getaways has grown, so has the need by companies to create awareness about themselves and their service offering. Enter social media influencers.

Whereas the concept of using social media influencers to market staycations is now a mainstay with the hospitality industry globally, the idea of a hospital using an influencer to advertise and market their premises for a staycation not only seems absurd but morally appalling, according to many Kenyans online who reacted to the Instagram post after it was cross-posted onto Twitter.

Law on Advertising by Health Institutions

Clause 7 of the Medical Practitioners and Dentists Board Act of 2016 prohibits health institutions from advertising, soliciting, or attracting business or patients where undue influence is used through arranged referrals.

seek to advertise, solicit or attract business or patients

through any of the following means—

(a) an “intermediary” that would amount to professional touting;

(c) false or misleading statements, or where undue influence is

(d) arranged referrals where commission or otherwise is

It is therefore not surprising that many Kenyans were quick to call out the clinic even as many brought the advertising to the attention of the medical practitioners’ board for their intervention.

It bothers me when people want to invest more in influencer advertising than actual Quality improvement. But the public needs to understand that stories on the streets don’t help. Please file a complaint officially with @KmpdcOfficial if you feel violated in any way.

Influencer marketing has become a multi-billion dollar industry as social media continues to form an integral part of the strategy for businesses and organisations due to its relatively lower cost of advertising compared to Above the Line (ATL) channels such as TV and radio.

A 2019 Social Publi study by research firm GeoPoll found that 93 percent of marketers have used Influencer Marketing. Over half of those surveyed said they regularly allocate at least ten percent of their budget to advertising via social media.

Komarock Modern Healthcare is hardly the first clinic in Kenya to use influencers to advertise its services a clear contravention of the act. However, they have become the most visible due to their engagement of various well-known Kenyan personalities for social media marketing. While speaking to the media in April this year, the KMPDC Deputy Director Communications and Public Relations Simon Kiraithe said:

“The use of celebrities, influencers and other high profile individuals to advertise or subtly recommend some hospitals is not in line with the Kenya Medical Practitioners and Dentists (Practitioners and Health Facilities) Advertising Rules, 2016.”

Beyond issuing press statements, the council is yet to set a precedent that will reign the hospitals in despite calls by the public. Whilst some questioned why the clinic, Komarock Modern Healthcare, needed so much ‘hyping,’ others shared their disturbing history with the health institution. Many have raised red flags about the clinic’s aggressive marketing strategy with some suggesting that it may be a case of ‘where there is smoke, there's fire.’