Relatives of Russian drafted soldiers weep: ‘They were abandoned, like dogs…’ 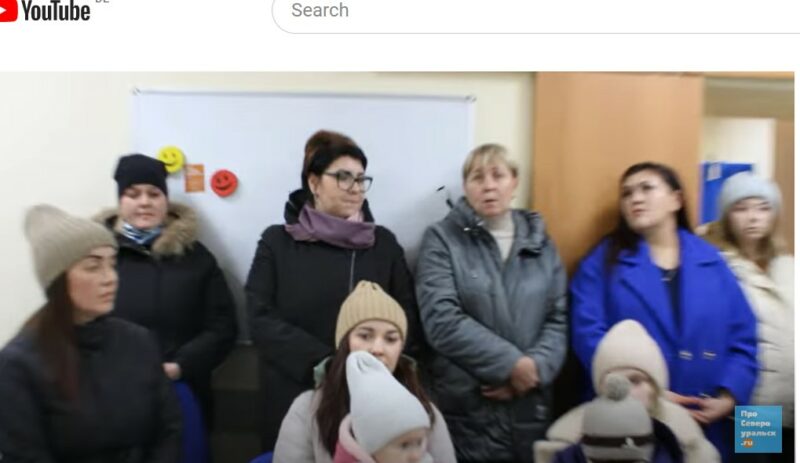 Screenshot of the YouTube video of the appeal, published by Proseverouralsk online media

In a climate of self-censorship in which the Russian media, out of fear of repressive laws, rarely publish personal testimonies that may be critical of the authorities, two small regional online sources in the Urals region were brave enough to publish appeals from the relatives of drafted soldiers during the last week of October 2022.

Drafted soldiers and their relatives occasionally use social media once they are organized and tech-savvy enough, but in this case, the soldiers’ loved ones were able to describe their experiences with the help of professional journalists — many of whom are from the same media outlets that on March 2, less than a week after the Russian invasion of Ukraine started, reportedly published anti-war slogans on the front page of their newspapers, for which they were fined RUB 1.5 million (approximately USD 24,000).

The relatives, it is important to highlight, are asking for the attention of civil society and the regional government, as opposed to that of the military or President Vladimir Putin, because they have “already written appeals everywhere” and did not get the answers they sought.

Wives and mothers from two small cities in the Urals, Serov and Severouralsk, came to the media in hopes of raising public awareness regarding the conditions that recently drafted soldiers are facing on the battlefield in the Russian-occupied territories of Ukraine — in this case, the Luhansk region.

My son called yesterday. They were left abandoned, without command, practically without weapons, cold, they are all sick. The [Russian] checkpoint does not let them through to get back [from the front lines]. They are considered volunteers, although they are not. They have no commanding officers. Today they received a call again, to once more send them into battle. They refused, because they were not trained in anything. I understand that a war is going on, but what they [the authorities] say on TV, [the mobilized soldiers] have none of that. They have been under mortar shelling for several weeks now, alone.

[The commanders] gave them an order: you must go to the SVO zone [“special military operation,” as it is prohibited to call the occupation a “war” in Russia]. If they refuse, the commanders immediately threaten them with a criminal offence.

The father of one soldier was also concerned for the troop's well-being:

They have no food; they have 1.5 liters of water for two days for two people.

Today my husband called and said they were sent into battle […] They were thrown there during the night, and they were abandoned, like dogs, on some mountain […] 90 people were brought there, and only 40 came down from the mountain.

The meeting was organized with the help from the Committee of Mothers of Soldiers. The non-governmental organisation has not been too active of late on the federal level, but it appears to be more vibrant in the Russian regions.

The relatives’ plea for help has taken a lot of courage, given Russia's adoption of a series of repressive pieces of legislation on “fake” information about the war. Speaking out seems to be the only option for them to try and save their sons, husbands and brothers, who they say went into Putin's draft “without running or hiding, only having a few hours to pack.”

The Russian military draft began on September 21 and, according to Russian government officials, ended in November. However, as no decree was signed, the process may well continue at any point in time. Meanwhile, hundreds of thousands of men left Russia between September and October 2022 in order to avoid the draft.