They face violence and victimisation at home, school, and the workplace 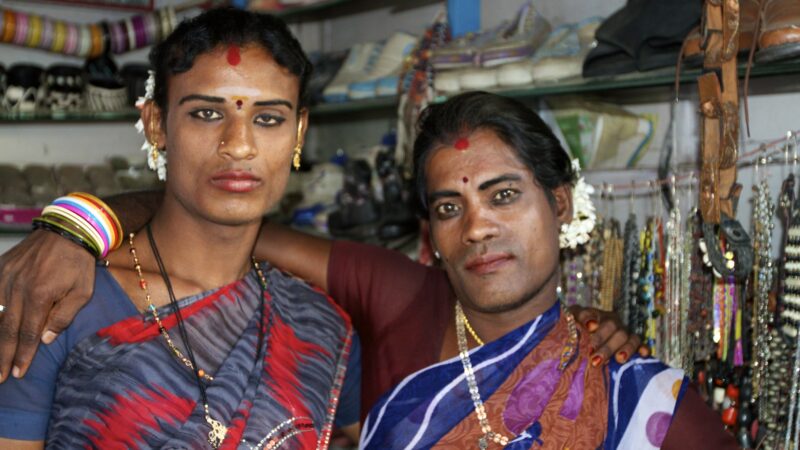 Hijras are physically men, however, they identify as spiritually female. They are social outcasts in India and often live together in groups, many working in prostitution or begging for a living. Image via Flickr by Johanan Ottensooser. CC BY-NC-SA 2.0.

In India, there is a wide range of identities related to transgender people, including Hijras (also known as aravanis, kothis, and jogappas), eunuchs or intersex people. In many South Asian countries, these people often are officially recognised as third-gender people. Challenges that transgender people face are manifold from their birth till their death. The first challenge is to accept oneself as different from the larger bi-gendered perspective around. The next is adapting to the family, school and surroundings and getting their support; those who fail to end up separating themselves from the outside world. The hardest one is the backlash — that includes violence and victimisation — they face from various stakeholders involved in their lives, that often makes it difficult for them to hold typical jobs. And, finally, they face challenges from the uncooperative health sector and the police.

Global Voices interviewed Somabha Bandopadhay by email to discuss the myriads of challenges that transgender people face in India. 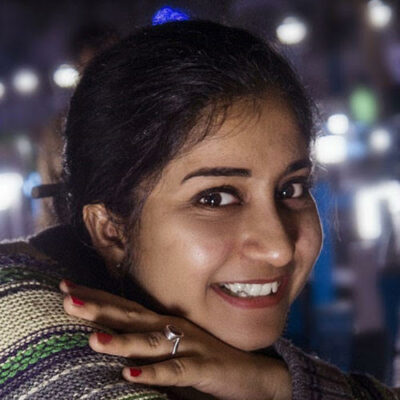 Bandopadhay is a Visiting Research Fellow at the School of Criminology, University of Montreal, Canada and, in India, she is the University Junior Research Fellow at The West Bengal National University of Juridical Sciences, Kolkata where she is also getting a PhD on transgender violence and victimisation. She is a community activist and has engaged in advocacy, legal awareness and sensitisation work with the community, police and judicial officers in her state: West Bengal.

Bandopadhay talked about her work raising awareness about the need for fair and equal treatment of transgender people and ending discrimination. Responses have been edited for clarity.

Global Voices (GV): How and why did you start your activism and research on transgender issues?

Somabha Bandopadhay (SB): In grade eight, my sociology teacher introduced the discourse on transgender persons, and his words inspired me so much that gradually I took an interest in exploring them. At law school, the same interest continued intermittently. But there was a moot court competition that accelerated my love for the subject, committing me to work for them for the rest of my life.

I continued research on the topic as part of my LLM (Master of Laws) dissertation and chose to keep the work ongoing for my PhD. I realised that human rights law has massively failed to protect this group of people who are the worst affected group in every circumstance.

GV: What is the current situation for transgender people in India?

SB: It is true that the landmark 2014 judgement is there to confer protection.

The judgement was the first judgement, and the only one from the Supreme Court of India, that legally recognised transgender people or “third gender” people in India, conferring on them the right to self-determination and legally recognising the sexual reassignment surgery (SRS) process. The judges recognised the plight of the transgender persons and directed that they can be legally protected through the gender identity of their choice in ID cards, and welfare schemes and that their safety is ensured.

The new 2019 act to protect transgender rights has also been brought forth, however, the implementational challenges remain.

Passing laws is certainly not a dignified attitude towards them.  Welfare schemes are now slowly being conceived for them, but the government is not finalising the prerequisites needed to get the benefits. Transgender persons  and most importantly, safety and security in terms of the violence and victimisation they face at home, school, on the street and workplace and from other stakeholders like teachers, police, and hospitals are still distant dreams.

GV: What is the difference between transgender people and Hijras? How different are their struggles?

Hijras
Hijras have a major role to play in the Indian society and have rituals to follow and undertake during marriage or childbirth or death. The members of the Hijra profession visit the homes and perform the rituals and bless the household for prosperity and happiness. It is a profession whereby performing these rituals they earn their livelihood and have a strict hierarchy to maintain in their group.

Hijra is a profession, like, for example, being a priest, and also a socio-cultural identity that is primarily practised in the Indian subcontinent but also in the neighbouring countries. As a profession, it comes with its own set of responsibilities like any other profession and dates back a few centuries. So, their struggles are different in many ways.

In the Hijra profession, it is within the community that struggles take place and transgender persons  are protected from the outside world, but, for transgender persons in other professions, the fight is constantly with society at large in different places — at the workplace, a clinic or other places.

SB: It is based on social conditioning more than other things. This encapsulates social and cultural factors that are built on the notions of bi-genderism. This is the problem. On religious grounds, I would say it is less because in most religions transgender people's existence has been mentioned in a positive light, which people tend to overlook or confuse with homosexuality. So, it is the societal beliefs and perceptions that have led to this situation.

GV: How do transgender people confront and resist discrimination against them?

SB: This is a question best answered by transgender persons themselves, as each has their own stories and experiences to share. But, as someone who works closely with the community, I can say that it is harsh. However, they have no options but to fight back, either by approaching the courts, gathering the community for help, going to the police, conducting protest marches, or, in the worst and weakest examples, letting these go and probably even ending their lives if they are unable to cope. It depends on various factors such as how they react and how they respond, it has myriad forms and my response is only a tiny nutshell.

GV: How does your work contribute to the advancement of transgender peoples’ rights?

SB: I am looking at the safety concerns of transgender persons from a legal perspective. As a result, I am looking at violence, victimisation and human rights, a law that necessarily looks at protection against criminal acts. This is because I feel that, without safety and protection, all other civil rights protection and welfare schemes are futile exercises because, clearly, transgender people would face criminal consequences in those civil rights domains as history shows. I hope to be able to put forth this to the right authorities who would hopefully act in accordance with this to protect the lives of transgender persons.