Climate activists are not impressed 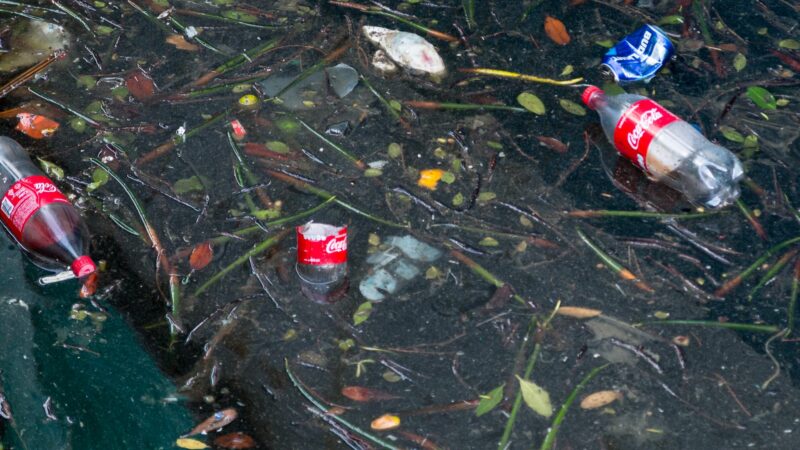 While there is plenty to criticize about this year’s COP27 summit (such as Egypt’s human rights abuses and civil society crackdown), Coca-Cola’s sponsorship is incredibly problematic and may even set back the environmental and anti-plastic movements.

But activists are rightfully pushing back — and the opposition is growing.

99% of plastics are made from fossil fuels. This partnership undermines the very objective of the event it seeks to sponsor.#BreakFreeFromPlastic #COP27 https://t.co/EILbGYYSzc

The civil society organization, Clean up Kenya, called the move “disgusting” and noted that nearly half of the plastic bottle waste found in Kenya could be traced back to Coke.

Ugandan Climate activist and UNOCHA Ambassador, Nyombi Morris, told the BBC: “When polluters dominate climate negotiations, we don't get good results. As an African activist, I am concerned that more of our lakes are going to be filled with plastics again.”

Residents in low-income countries have legitimate reasons to be angry at Coke. The corporate giant has spent billions of dollars funneling its product into low- and middle-income countries but rarely puts any effort into ensuring these places have adequate infrastructure to manage the incoming waste.

Indonesia, a country notoriously overrun with plastic pollution, has experienced this first-hand. According to Nina van Toulon, founder and director of the Indonesian Waste Platform. “You go to the most remote village here, hours from anywhere, and there is bottled water and Coke. But then the people in the village burn it. These companies have made the effort to get their products to these villages, but they don’t make the effort to get the plastic back from the villages.”

A change.org petition demanding the UN remove Coca-Cola as a sponsor was created in October and has garnered over 236,000 signatures so far. The organizer posted the following statement along with the petition:

I was a delegate at COP26 in Glasgow. Most days I felt despair – some days I cried. The infiltration of corporations into the conference was sickening – the collected CEOs of the world's biggest polluters, brazenly lobbying politicians to protect their interests and inflate their profits, telling us how we could save the planet if we bought more of their stuff.

COP conferences are supposed to be gatherings of national leaders, engaged in urgent negotiations to prevent climate change, not a multi-million dollar jamboree for corporate polluters and their lobbyists.

The UNFCCC must stop receiving corporate sponsorship today – starting with ejecting Coca-Cola as sponsor of COP27.

This is a textbook case of corporate greenwashing — Coca-Cola gets to boost its brand name and associate itself with the environmental movement, making it seem like it is part of the solution instead of one of the primary problem causers.

In reality, a 2021 brand audit report from the NGO Break Free From Plastic has found Cola-Cola to be the world’s biggest plastic polluter for four years in a row. And though 2022’s results are still pending, it is likely that it will win again this year.

In 2019, the company admitted that it uses 3 million metric tons of plastic packaging in a year. It also produces 120 billion single-use plastic bottles every year.

Environmental activist John Hocevar, Greenpeace USA Oceans Campaign director, says the sponsorship “undermines the very objective of the event it seeks to sponsor.” Adding, “Coca-Cola produces 120 billion throwaway plastic bottles a year — and 99 percent of plastics are made from fossil fuels, worsening both the plastic and climate crisis.”

In February this year, Coca-Cola made broad climate pledges that it will reduce its plastic output by 25 percent by 2030; however, it has failed to release any concrete plan for doing so and, thus far, seems more interested in greenwashing its brand than finding real solutions.

In its 2021 report, Break Free From Plastic found that in 2019, Coca-Cola invested USD 4.24 billion on advertising and marketing and just USD 11 million on its environmental initiatives that year: a river cleanup program. This reeks of a PR stunt rather than a genuine commitment to cleaning up communities affected by plastic pollution. The report read:

The best way for Coca-Cola to address its plastic footprint is by producing less of it in the first place, not by cleaning it up once it is already in the environment. Top plastic polluters like Coca-Cola would rather spend money on greenwashing instead of redesigning their product packaging or system of delivering their products to consumers. By failing to take real action to address the problem at source, these corporate polluters are passing the burden to those least responsible for the climate and plastic crises — especially young people, low-income communities, and countries in the Global South.

And the evidence only confirms Break Free From Plastic’s assertion. An investigative report and leaked recording published by The Intercept revealed that for decades Coca-Cola lobbied against plastic control policies in the US, which would have made companies responsible for the plastic waste they generate. It threw millions toward anti-recycling bills and pushed hard against any accountability. The recordings are damning and give ugly insight into how lobbying works in the mega-corporate sphere — in other words, money is power and power is influence.

If we are going to make any lasting sustainability shifts, this system needs to change. Corporations should not be able to buy their way out of emission responsibility. If climate predictions are correct, we (optimistically) have about nine years to avert climate catastrophe. To do this, corporate polluters need to radically transform their business models — or we as citizens need to transform it for them and reject companies that see environmental commitments merely as a corporate marketing tool.

Until Coca-Cola comes to the table in good faith, with a concrete sustainability plan, it should not be taken seriously as a purveyor of climate solutions — and definitely should not be sponsoring the largest environmental conference of the year. Until then, it is just another corporation trying to win over customers with a shiny green veneer.

If COP27 organizers and UN officials really want to make a difference in the fight against climate change, they will take a hard stand and reject Coca-Cola’s sponsorship.