Explaining the 20th Congress of the Communist Party of China: Security and safety 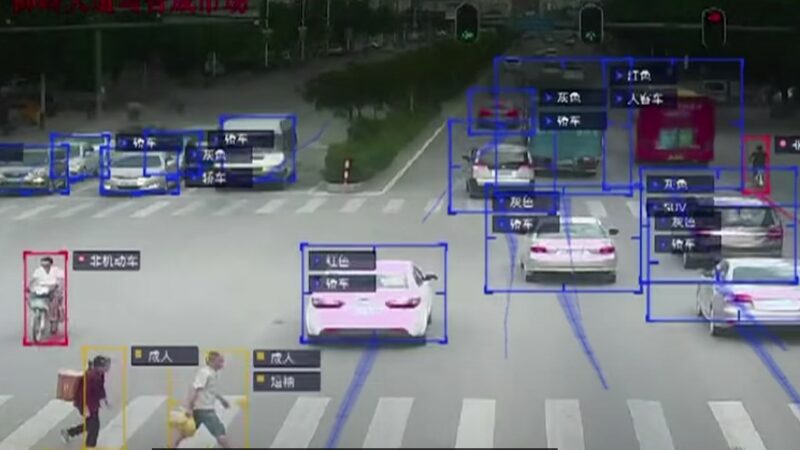 Global Voices is publishing a series exploring the language used during the 20th Congress of the Communist Party of China (CPC) and analyzing its implications for China’s national policy and diplomacy. Find the first and the second articles here.

Security has always been a top concern in China. Yet, after enacting the National Security Law in 2015 and the Cybersecurity Law in 2017, Beijing continues to implement harsher security policies and extend its policy reach beyond the mainland border to Hong Kong and Macau in the name of security. As noted by the Washington-based research organization, The Center for Strategic and International Studies, the term “security and safety” (安全), appeared much more frequently in the CPC Chief Secretary Xi Jinping’s 20th Congress report than five years back:

Since 2015, Xi Jinping has started building China's legal framework to establish a more “holistic” approach — as spelt out in his speeches — to safeguard China's national sovereignty, security, and interests. In his third term, as reflected in Xi’s report, safety and security concerns would no longer be confined to strategic areas, it has become a guiding principle covering all other policy areas, including people’s physical and health, food, energy and nuclear markets, the supply chain, environment and resources, economic development, economy, internet and information sectors, military and technology development, social welfare, ideology, social and political stability, ocean and space exploration, and more.

China Dialogue, an NGO on global environment and sustainability issues, sees China’s holistic approach to security as a reaction to “uncertainty” brought by geopolitical tensions and the COVID-19 pandemic:

🌏This reflects a hardening world view brought about by trade wars, geopolitical tensions and the pandemic.

🫘The concept of “holistic national security” was a keyword in Xi’s address, with special emphasis on food, energy and supply chain security, among others.

The CPC’s security compulsion is also reflected in Xi Jinping’s cabinet choices. For the first time in history, the Minister of State Security, Chen Wenqing, entered the top decision-making body and was appointed the Secretary of the Central Political and Legal Affairs Commission, the state's most powerful body which oversees all law enforcement authorities:

“Another norm-breaking decision was to make Chen Wenqing, China’s current spy master, a Politburo member for the first time since the Ministry of State Security was created in the 1980s.”https://t.co/qPf5gGNrGr

As for the seven-member Standing Committee of the CPC's Politburo, three are Xi Jinping’s close associates: Zhao Leji headed the party's top anti-graft body, the Central Commission for Discipline Inspection (2017–2022), and was responsible for implementing Xi’s anti-corruption campaign; Wang Huning is the CPC ideologist and script-writer for Xi’s China dream and road map to national rejuvenation; and Ding Xuexiang is Xi’s most trusted secretary. The other three members have strong mega-city management experience before their promotion. Li Qiang, who enforced Shanghai’s zero-COVID lockdown earlier this year, now serves as the new Premier, the second most powerful person in the Chinese government; Li Xi, the CPC head in Guangdong (2017–2022), is now in charge of the top anti-graft body; and Cai Qi, who was notorious for his brutal eviction of poor rural migrant workers in Beijing, is now the first secretary of the CPC.

It seems quite inevitable that Xi's cabinet will consider strong city management and social control crucial to the CPC's holistic security approach.

The surveillance state and the CPC's sense of safety

During the week-long Congress, the CPC justified its heavy-handed social control measures by appealing to the public need for a sense of safety. Following Xi’s opening address, Xu Ganlu, Deputy Minister of Public Security, stated in a Congress press conference that China is one of the safest countries in the world as people’s sense of safety was up to 98.6 percent in 2021, 11 percent higher than in 2012, according to a survey conducted by National Bureau of Statistic of China. Xu boasted that the sense of safety in Xinjiang is up to 99.14 percent.

Judging from the survey’s questionnaire, the indicators to measure people’s sense of stability are mostly crime-related threats to life and property, such as homicides, robberies, burglaries, etc.

Got it. 👍 Now what are the stats on how safe you are if you have opinions other than the party's, bro?

The CPC's definition of safety/security is vital to the building of a surveillance state, as explained by veteran Chinese journalist Cheng Yizhong in a Twitter thread:

From the standpoint of those in power, China is without a doubt the safest country in the world. There is absolutely no space for mass protests that resemble the 1989 Tiananmen pro-democracy student movement and uprisings to take place. Even a dinner gathering up to a certain scale would require registration and approval. The rulers of course feel safe, and they can enjoy their power and wealth in peace. But ordinary residents do not feel safe. I don’t think people would dare let their kids walk or play in the streets alone at night…

While it is undeniable that social security has improved and police have become more effective in crackdowns on criminal activities, in this sense, Chinese people feel safer. Yet, this comes with an unfathomable price — millions of surveillance cameras have been installed covering a territory of 9.6 million kilometre square like a spider web. The price is far beyond taxpayers’ blood and sweat, it endorses the power of the single party to trespass law, infringe individual freedom, privacy and human rights…

As pointed out by many China observers, the CPC's obsession with national, political, and social security/safety will likely lead to a normalization of its dynamic zero-COVID policy, which adopts auto-geolocation tracking and mandatory venue check-in for all citizens, to assess their potential health risk on the person's health code application. Any individual who is identified as a close contact with an individual infected with COVID-19 would be subjected to quarantine and regular PCR testings until the person is proven virus-free.

Under the COVID monitoring system, individuals’ social contacts, their whereabouts and health conditions are no longer private matters, and their sense of safety is supposedly more than 98 percent — just one percent less than people living in Xinjiang, where mobile phones are installed with spyware to detect individuals’ phone contacts and track their online footprints and suspicious activities, according to a Human Right Watch's report.