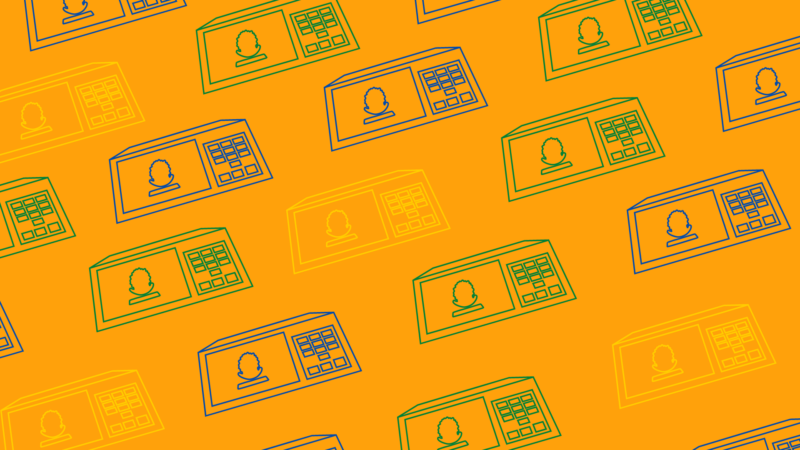 It started with a call to arms from actor Samuel L. Jackson, Marvel's Nick Fury himself, through his Twitter account, and on October 28, two days from Brazil’s presidential election runoff, some of his “Avengers” got behind him to spread the word to Brazilians about the importance of voting.

Jackson tweeted in Portuguese, tagging fellow actors from the Marvel Cinematic Universe (MCU) for support to get Brazilians to declare why they will be voting, following a tweet by Brazilian comedian and TV host Fabio Porchat:

I hear you here! @RobertDowneyJr, @MarkRuffalo, @chrishemsworth, @DonCheadle, @wongrel, come and check out!

🚨THIS IS NOT A TEST 🚨
Voters from 🇧🇷, send your stories about how and why you are voting. It's time the real heroes assemble. #NotEveryHeroWearsCape

Fabio Porchat: Look the fans! We may even call the Avengers to help out during the elections! Here the villains are empty supermarket bags, guns at schools, lack of medicine at health units…This is really a work to super hero. Is anyone there listening?

Mark Ruffalo, aka The Hulk, who had already engaged in the pro-Lula campaign in the first round, shared a tweet from Thelma Assis, a physician who won Big Brother Brazil in 2020, defending science. Bolsonaro acted against the use of masks and delayed the purchase of vaccines during the COVID-19 pandemic. Brazil has registered over 680,000 deaths related to the pandemic:

Thelma: Imagine going through a pandemic again? I'll vote for vaccines this Sunday. And hero, to me, is someone who defends science!

Robert Downey Jr, “Iron Man,” retweeted a user's comment that she had been going out and talking to people who hadn't yet decided whether they were going to vote. In the first round, more than 32 million Brazilians abstained, despite voting being mostly mandatory in the country:

Great, @debora_dpio! The best strategy, as well as the best technology, is simple and effective. You can change the world talking to whoever is standing next to you. It takes courage, but it works. The world is with you. #NotEveryHeroWearsACape

Debora Pio: My strategy is going out with my candidate’ stickers on everyday and talking with whoever approaches me. It's been working! There are still people in the streets thinking about not going to vote — it's worth to exchange ideas with this crew.

Thanks @nefercatt!! Keep on doing it! We have to save the Amazon to Brazil, our children and our planet. Time to do what it takes to go voting. #NotEveryHeroWearsACape

Nefercatt: I've managed to call to the ballots 3 more people, who were not interested in voting this year, who are tired of this scenario and were going to abstain. The argument was the Amazon, our home and its people need to be respected and preserved!

Don Cheadle, who played Iron Man's friend James Rhodes/War Machine, responded to a tweet by political scientist Nailah Neves, on the historic struggle for Black and Indigenous peoples’ right to vote. More than 50 percent of Brazilians identify as Black and the country has over 250 different Indigenous peoples:

Thank you @Nailahnv. Our history of fight propels us to reclaim justice. Remember, they wouldn't work so hard to deny our vote if they weren't afraid of our vote. They think it gives us power. And they are right. So, let's use it.

Benedict Wong, who plays Wong in the Marvel movies, retweeted a message about voting against high food prices. Brazil returned to the UN Hunger Map and has an estimated 33 million people living in food insecurity, despite the country being one of the world's main food suppliers:

Brilliant @dantasthalitaa! In the end, it's not about parties or politicians. It's about doing what we can so no family is hungry. It's the same in all places. And that's why fight and why we vote! Don't stop!

Thalita: Here in João Pessoa (northeastern state of Paraíba), no one bares anymore the absurd prices at the supermarket. That is why I'm going to the streets to talk with people who did not go to vote in the 1st round and putting posters so we can save democracy in the 2nd round and having food on the table again!

Still in the comics realm, writer Alan Moore, creator of “V for Vendetta” and “Watchmen,” published a letter supporting Lula, as confirmed by his daughter Leah:

Alan Moore's open letter to Brazil. I will post the BR text below when i get a link. #AlanMoore #Brazilelections pic.twitter.com/vn6mFPn9KL

Actor Mark Hamill, who played Luke Skywalker in the Star Wars movies, also tweeted in support of Lula both in the first and second rounds. As did Sandman writer Neil Gaiman.

Bolsonaro has the support of former US president, Donald Trump, and from Brazilian football star Neymar, who has been posting on social media campaigning for him. The athlete even promised Bolsonaro a goal during the Qatar World Cup.

‘The most important day, October 30′

Other international voices also discussed what is at stake in the Brazilian ballot. The science magazine Nature issued an editorial headlined, “There’s only one choice in Brazil’s election — for the country and the world,” adding that “a second term for Jair Bolsonaro would represent a threat to science, democracy and the environment.”

Before the first round, British newspaper The Guardian had already published an editorial pointing to the risks of Bolsonaro's re-election. Now, they reinforced it:

More than 2bn trees have been felled during Mr Bolsonaro’s term in office. He has also fostered an increasingly dangerous culture for environmental defenders – as exposed by the murder of the activist Bruno Pereira and the Guardian contributor Dom Phillips this June. In contrast, analysts suggest a victory for Lula could see an 89% cut in rainforest loss.

A secondary – but still deeply alarming – risk is of a further entrenchment of anti-democratic authoritarianism. If Mr Bolsonaro is re-elected, he will be emboldened, and will benefit from the strengthened rightwing presence in Congress. There are fears that he could undermine institutions and change the constitution to allow himself a third term.

The New York Times published a six-minute video three days prior to voting, claiming October 30, the runoff day, will be the most important day for Planet Earth:

On Sunday, Brazilians go to the polls to elect their next president. But at stake is something far more important than the leadership of the largest economy in South America. pic.twitter.com/WKbaX9sdF0

Polls have been indicating Lula's win, repeating the first round, when he received 48.4 percent of the votes against Bolsonaro's 43.2 percent.  The results will be confirmed on the same election day, October 30.