'One the finest actors [and] broadcasters has exited the stage' 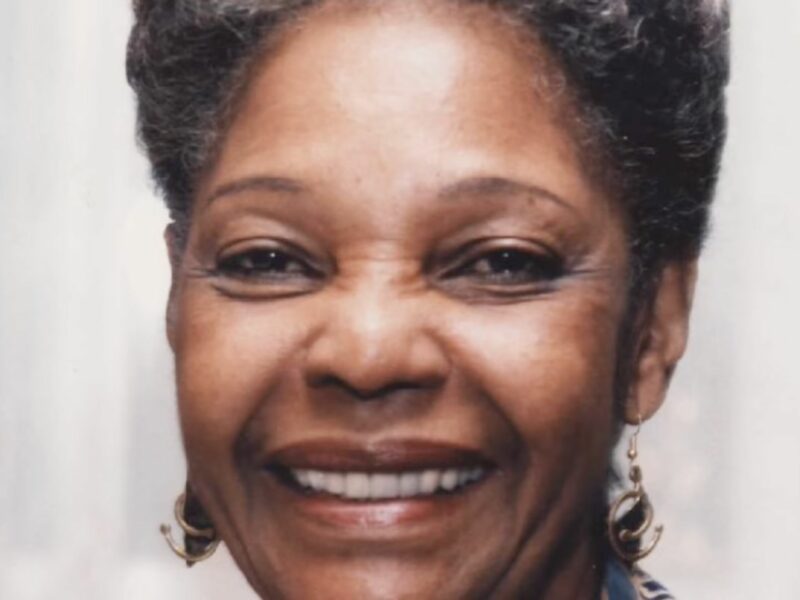 Jamaican actor, producer, writer and broadcaster Leonie Forbes passed away on the evening of October 25 at the University Hospital of the West Indies in Kingston. Jamaican netizens remembered Forbes not only for her body of work, but for her warmth, generosity of spirit, and willingness to guide younger practitioners. Greatly admired for her professionalism, Forbes was a household name in the Jamaican cultural landscape and well-known throughout the region. Fondly known as “Auntie” to many Jamaicans, she lived up to the name in that she embodied the qualities of mentor, role model and protector.

She was one of the foremost names in Jamaican media with an impressive body of work as an actor, journalist and educator.

RIP to a lovely human. pic.twitter.com/sGQqIViZGa

Forbes was born on June 14, 1937, and grew up in Kingston. She was an only child, which may well have contributed to her inventiveness and creativity. After building a solid educational foundation in Jamaica, she left for Canada, where she attended the Durham College of Commerce. Once back home in the early 1950s, she worked as a typist – a common occupation among women of that era – at the Sir Philip Sherlock Centre at the University of the West Indies, and began typing scripts for playwright Barry Reckord. This connection to the world of theatre was strengthened through visits to the newly minted Jamaica Broadcasting Corporation (JBC), which she eventually joined as a radio announcer in 1955 and was greatly admired for her diction and smooth delivery.

At Reckord’s invitation, Forbes auditioned for and took on a supporting role in a 1957 revival of the pantomime “Busha Bluebeard,” performing in 12 of these annual productions at Kingston's Little Theatre. She took up a scholarship to the Royal Academy of Dramatic Arts (RADA) in London in 1960, where she studied drama for radio, television and stage, and performed in several productions, including as Cleopatra in Shakespeare’s “Antony and Cleopatra.” At the same time, Forbes began writing for the BBC Caribbean World Service, and appeared in numerous British television dramas.

Returning to Jamaica in 1966, Forbes continued working with the JBC. Two years later, she moved to Australia, where she acted in a number of radio dramas for the Australian Broadcasting Corporation (ABC) as well as in a production of “The Merchant of Venice.” While there, she taught drama at several schools in Brisbane, Queensland. When she came back to Jamaica, she was appointed as head of Radio Two, JBC’s FM service, and became the overall director of radio broadcasting in 1976. She spearheaded a series of popular radio dramas through the JBC Drama Workshop, including “Let’s Say Grace,” which she wrote herself.

Throughout this period, Forbes continued acting in both local and overseas productions, in film, theatre, and television. In 2021, Forbes played a memorable role as Judas’ mother in excerpts from Easton Lee’s Easter play “The Rope and the Cross.” She also played leading roles in plays like “Sea Mama” and Trevor Rhone’s classic “Old Story Time.” Her film credits included “Club Paradise,” “Milk and Honey,” and “Children of Babylon,” among others.

Forbes was honoured for her role in “Lord Have Mercy” in 2003, receiving the Gemini Award that year for Best Actress in a comedy-drama. More recently, she was bestowed with a certificate of merit and a citation in acknowledgement of her outstanding body of work by the Consul General of New York. She received Silver and Bronze Musgrave Medals for her contribution to the arts from the Institute of Jamaica, as well as a Centenary Medal, and an Order of Distinction (O.D.) from the Jamaican government in 1980.

As a writer, Forbes co-authored “Re-Entry Into Sound,” a standard text used to train broadcasters across the Caribbean. In 2012, she published her autobiography, told to former poet laureate Mervyn Morris, who noted:

I have enthusiastically admired many performances by Leonie Forbes, and have expressed my admiration in print. So, although I did not know her well, I was pleased to be asked if I would help with the autobiography she wanted to write. I said yes, and she began to talk her life. Prompted minimally, she gave up information well beyond her involvement in theatre. I was captivated by her story and her way of telling it.

Prime Minister Andrew Holness noted that Forbes’ name was “synonymous with Jamaica and with Jamaican theatre and broadcast,” and that “her voice commanded both respect and admiration.” Opposition Leader Mark Golding also shared his condolences, while Minister of Culture Olivia “Babsy” Grange called Forbes “a broadcaster of the highest calibre” and “one of the most revered actresses on the Jamaican stage for over five decades.” She further praised Forbes’ diligent preparation process, “willingness to share her vast knowledge and experience with young thespians,” and “iconic part she played in the development of theatre, radio broadcasting, television and films in Jamaica.”

One member of the Jamaican diaspora posted a photograph with his fond memory of her:

Ms. Leonie Forbes. A quintessential Jamaican actress. Icon. As a child, I saw you as Jamaica's Elizabeth Taylor. You captured me with your on-screen and on-stage presence. Mesmerizing. Effortless. Masterful. When I did a production with you decades ago at the Philip Sherlock Centre, you mentored me with such warmth, compassion, and kindness which I will never forget. Walk good, Ms. Lee.

A radiant Leonie Forbes as her Theatre family celebrated her 85th Birthday in June of this year. Jamaica's Queen of the stage passed away today. May her Soul rest in Peace 🙏🏽❤️💐 pic.twitter.com/1932omZGGe

Many creatives, though in awe of her, found Forbes surprisingly approachable and kind. One young screenwriter commented:

Every place has its legends: Leonie Forbes is one of Jamaica’s greatest. As a young person, I watched her on film & stage. Imagine my luck when I got to work with her, twice: sharing the stage as actors & her bringing my words to life on screen. Thank you. RIP & Walk Good! pic.twitter.com/P2ozMjZydB

Miss Lee,
I am pushing through the sadness. I've been dreading this. But though absent in flesh, you will be ever present in spirit. You, ray of luminous light, wielder of love, I will reside in my heartland always. I'll miss your calls and voicemails fi remin mi seh yuh love mi pic.twitter.com/mA8ICr34qz

One of the finest actors…broadcasters, Leonie Forbes, has exited the stage. I am forever grateful for what I learnt from you.
Walk Good Auntie Leonie pic.twitter.com/BAsva2B0co

A Radio Jamaica sports journalist shared that she received regular guidance from Forbes:

Devastated to hear of the passing of broadcasting icon Leonie Forbes. We spoke often via phone. Our relationship began when she called & corrected my pronunciation of condolences. We had a lovely chat & exchanged numbers. She would call ever so often to encourage criticize

I'm heartbroken. She used to call me every single time I presented the news. Some days with constructive feedback… other days to tell me how much of a joy it was to watch me on air…. She was an icon. RIP Leonie Forbes. pic.twitter.com/c8dAyLLtai

One of Forbes’ broadcasting colleagues shared her own memories:

Leonie Forbes gave me many moments of joy. She could utilize the King's English with aplomb, but, could cast a spell on you when she used our Jamaican language. A talent that was bigger than our shores. We had brilliance, I wonder if we knew. Soar in the realms of the ancestors.

Playwright, actor and broadcaster Dahlia Harris summed up the depth of feeling, respect and love for Forbes:

I was astonished that she consistently hit that mark and even more amazed that she was willing to help others achieve that standard. As members of the local film, television, theatre and radio industries we absolutely adored her. Miss Lee, Auntie Lee, Auntie Leonie was our great love. We have lost a national treasure.

She tweeted a photograph of herself with “Miss Lee,” with a simple caption: