In Trinidad & Tobago, Divali remains a festival beloved by people of all faiths 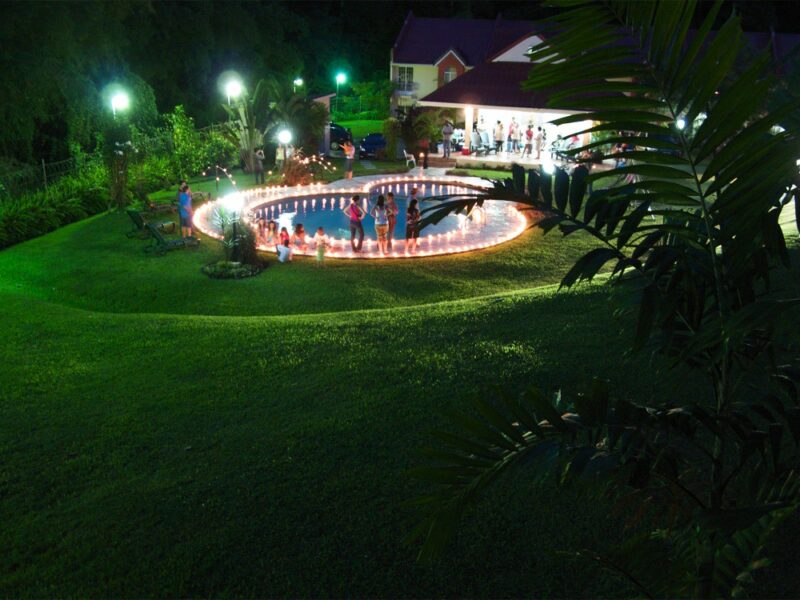 Divali, the Hindu festival of lights, which symbolically celebrates the triumph of good over evil through the lighting of deyas, is one of the most beloved observances in Trinidad and Tobago. While the Caribbean nation has a significant East Indian demographic — a large percentage of which ascribes itself to the Hindu faith — Divali is a national holiday observed and enjoyed by most citizens, regardless of religious affiliation. In such a multicultural society, the same can be said of other major religious holidays, like Christmas and Eid-ul-Fitr.

As is the norm for such celebrations, Hindus prepare for the big day by cleaning and decorating their homes with deyas — small clay receptacles that hold oil and wicks, and are lit on Divali night. Dressed in their finest clothes, Hindus offer prayers and worship to Mother Lakshmi, and many communities maintain the tradition of displaying hundreds of deyas on bent bamboo frames organised into different shapes — quite a sight to behold!

The community spirit is also fostered at the official Divali Nagar site in central Trinidad, a destination where people of all faiths can go to celebrate the tenets Divali encapsulates, hear stories and see performances representing Lord Rama's victorious return to his kingdom after 14 years in exile, and patronise stalls selling Divali clothes, art, religious items, delicacies and more. The food at family feasts on Divali night is typically vegetarian, the high point of which is dessert consisting of traditional sweets like kurma and barfi.

Divali has traditionally had the power to unify Trinidad and Tobago's multi-ethnic population by embracing concepts like knowledge over ignorance, but there is always the occasional outlier. This year, one tweet, in particular, caught people's attention:

Came to buy a bible for my grandmother.. the mall that the store is located has Deyas lit for Divali. Then gentleman who’s selling me the Bible says “I have to play my gospel music for This jumbie thing they have light outside for Divali”
Me: takes back my money🙃

The reaction was swift, with many people incredulous that such attitudes still exist in such a diverse and predominantly tolerant society:

Why some “Christian” people so stink? If yuh can't change yuh ways, pick the option to hush your tail. https://t.co/bxToPWpDAW

the sad horrendous trauma of the colonised, so tied to the religion of their enslavers they can't see their way. https://t.co/SxojsK2Wy0

One commenter on the thread was all for the “live and let live” approach:

Sigh. Why can't we let people live. Why must we condemn another's religion. Do onto others are you would like them do onto you.

Gross, I think they should open the Bible and take a look at the words sometimes

Many social media users were supportive of Greenidge's decision to ask for her money back and purchase the Bible elsewhere:

I don’t know why some “Christians” don’t worry about themselves. Everything ungodly for them & they walking around the place judging everything and everybody. I was taking my $$ back too

The overriding tone in the local blogosphere, however, was respectful and joyous, proving the extent to which the festival of Divali resonates with Trinbagonians of every creed and race. Nowhere was this better encapsulated than in local pianist Johanna Chuckaree‘s performance on location at Trinidad's cherished Temple in the Sea: