Activists predict homophobic and transphobic violence in Russia, but most avenues of escape are slammed shut 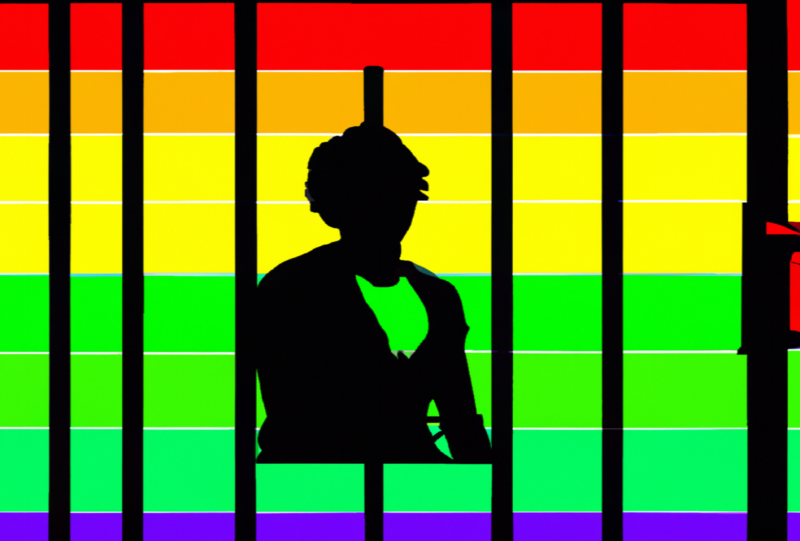 In light of the horrific never-ending news about Russia's invasion of Ukraine, it seems that nothing else of importance is going on in the region.  Thus new legislation that is literally life-threatening for Russian LGBTQ+ people, which is going to be passed by the Russian parliament on October 27, 2022, has been given little coverage in the international media.

However, as previous academic research shows, when the initial law on “Propaganda of LGBTQ+ people to minors” was passed in 2013, attacks on the LGBTQ+ community increased. Now, there is no doubt the Russian parliament will pass a new law prohibiting the spread of “propaganda” of LGBTQ+ and “pedophilia” to all age groups, including people over 18. How will this impact this already vulnerable community in an increasingly repressive dictatorship?

At the first glance, the main threat is to publishers, who actually sent a letter asking to explain the bill, and to online and offline cinemas, TV, theatres, media (for those outlets which are not yet blocked inside Russia).  They will have to be “more careful” in choosing what to write, broadcast and perform, according to the proposed law. Because the law also includes provisions for prohibiting pedophilia propaganda, the publishers asked: “Would Dostoevsky’s scenes in ‘The Brothers Karamazov’ be considered propaganda of pedophilia? Would Nabokov’s ‘Lolita’ be such?” Yet they received a very vague answer from Alexander Khinshtein, one of the authors of the new law.

LGBTQ+ activists based in Russia and abroad comment the proposed legislation

We are a collective of women writers, and I am also leading writing courses. Among the stories we write, we do have a lot which mention LGBTIQ. I also myself identify as queer.  After they passed the law on propaganda to minors [in 2013], we had to adjust but still had possibilities to work and publish, although we had to mark our stories with 18+.  I also did not accept teenagers to any of my courses, although a lot of them wanted to learn how to write. But now, with the adaption of this new law, I feel like we are being shown to the door. However, not all of us can emigrate and leave Russia.  The city where I live, it is my home, I built a life and a career here from zero. Now, I feel that all of us are not safe anymore, that everything is falling apart.  I feel helpless. I feel like they want to close the closet, you know?  We do not want to go back to the closet.  The closet has to be destroyed.”

Others contacted by Global Voices express their opinion in even more drastic terms. Vanya Solovey, gender researcher, associated member at the Center for Transdisciplinary Gender Studies at the Humboldt University of Berlin, believes that, beyond prohibiting artistic and performative depictions of the LGBTQ+ community, the main impact of the law will be further marginalizing the community in Russian society and cementing the perception of them as an “outsider group” of “abnormal” citizens. As he elaborates:

I believe that if the new law on LGBTIQ propaganda is to work at all, then it will be primarily on a discursive, symbolic level. It might make it even harder for LGBTIQ organizations to operate, although it is already extremely difficult. Yet if we think back to the first law that banned propaganda among minors, it was applied very selectively. Its main impact was discursive: it legitimized homophobic and transphobic discrimination and violence. Studies have shown that, after it was adopted, violent hate crimes against LGBTIQ surged. This is what such laws do: not so much punishing ‘propaganda’ but rather declaring political homophobia and transphobia as part of the state ideology and giving free reign to those who wish to attack LGBTIQ people. On a more general level, I believe the new law has a lot to do with the current Russo–Ukrainian war. The Russian state is in deep crisis; it is barely functioning. For MPs to discuss further repression against LGBTIQ people now seems just as absurd a show as that despicable concert on the Red Square to celebrate the annexation of Ukrainian territories. The system is trying very hard to make it seem like it's still working, but it is clearly not. In the end, I think there is a good chance that the law won't be implemented at all.

The effect of sanctions

After the beginning of the Russian invasion of Ukraine, the financing of all Russian NGOs has drastically decreased. Many of them cannot receive donations from abroad any more due to sanctions in the banking and financial industry and foreign agent legislation. The most recent prohibitions on cryptocurrencies have stopped the last droplets of foreign funding. It applies to NGOs supporting victims of domestic violence, refugees, human rights — in short, everyone.  LGBTQ+ organizations are in the same boat.  Moreover, issues with access to visas to the EU are further diminishing possibilities of asylum.

But many activists and activist groups, such as the feminist anti-war resistance movement in Russia, think that, after the adoption of this law, LGBTQ+ people will be in real danger because the possibilities of prosecution become endless.  Here is what they posted in their  Telegram channel:

During the discussion of this law, there was a lot of militaristic rhetoric used. LGBT propaganda was called the core of the hybrid spiritual war that the ‘collective West’ declared to Russia. According to the MP and owner of the Tsargrad pro-state pro-war TV channel Konstantin Malofeev, the frontline of the was ‘here, in the denial of traditional family values.’  Moreover, failures at the front in Ukraine were associated with ‘a decline in morality; victory over “sodomy” will lead to victory in the war,’ it was said.

Aggressive attacks by Parliament’s Speaker Volodin, who used harsher language than the authors of the law themselves, Putin’s constant reference to the topic of ‘certain genders’ and ‘parents number 1 and 2,’ suggest that the laws are likely to be adopted in the shortest possible time. They will further be used for ‘witch hunt’ of demonstrative repressions against ‘hybrid war agents,’ which will be played by LGBT families, book publishers and directors.

Following this post, they tweeted an assessment of risks for the LGBTQ+ community:

“We do not want to spread panic, but we consider the situation dangerous. We advise you to assess the risks and treat the adopted amendments with the utmost seriousness. The likelihood that the persecution will affect the widest possible range of people is quite high.”

Both the LGBTIQ community and LGBTIQ organizations in Russia are in dire need of support. LGBTIQ people are among the most vulnerable groups: A lot of people need safe housing, support with basic necessities, psychological help. All this requires money, which LGBTIQ organizations don't have anymore. As a side effect of economic sanctions imposed on Russia as the aggressor, LGBTIQ organizations have been cut off of foreign funding, and of course, Russia doesn't fund them either. There is a need to find ways to transfer funds to LGBTIQ organizations so they can continue their work. Besides, a lot of people are trying to leave Russia, and as LGBTIQ people are disproportionately affected by poverty, they often cannot leave even if they want to. So if someone from the international community is asking themselves how they can help, another gap to close can be helping people get out of Russia into safety.

The law on prohibiting propaganda of LGBTQ+ will be passed in Russia next week.  Time is running out, and the plea to help needs to be urgently heard by EU policy makers, human rights groups, and the international community.