The restrictions went into effect on October 18 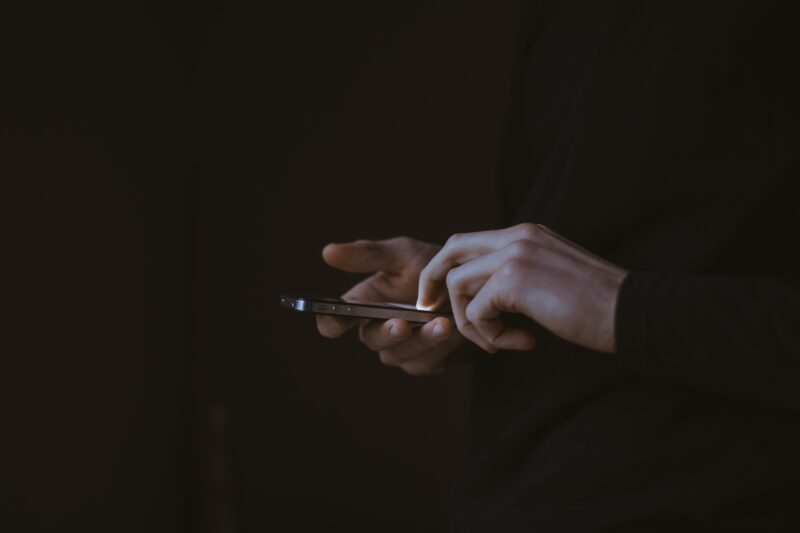 Image by Gilles Lambert. Free to use under Unsplash License.

Turkish lawmakers approved a bill on October 13 purportedly meant to combat fake news and disinformation, but local civil society organizations describe the bill as an underhanded censorship or disinformation bill which will be used to squash dissent and criticism. Critics of the bill say the 40-article legislation passed by Turkey's parliament is a threat to freedom of speech and could have disastrous consequences ahead of Turkey's 2023 election.

There are a number of concerning new restrictions in the bill — mandatory content removal, violations of user privacy, further platform regulation measures, and more — though one of the most worrying articles is Article 29, according to which “anyone publicly distributing false information on Turkey’s domestic and external security, public order and welfare could face between one and three years in jail for instigating concern, fear and panic in society, faces imprisonment from one and up to three years.” The new restrictions went into effect on October 18.

In response to the bill, an international coalition of 22 press freedom organizations said the bill, “with its vaguely-formulated definition of disinformation and ‘intent’, overseen by Turkey’s highly politicized judiciary, will put millions of internet users at risk of criminal sanction and could lead to blanket censorship and self-censorship in the run up to the 2023 elections.” Turkey is scheduled to hold a general election in June 2023.

The bill also comes on the heels of a recent revelation about the government's Bilgi Teknolojileri ve İletişim Kurumu (the Information and Communication Technologies Authority, BTK) collecting private user data in a massive breach of user privacy since 2021. One MP, Onursal Adiguzel, from the opposition Republican People (CH) party, described the findings as “the biggest tapping scandal in the history of the Republic.”

The bill was proposed by the ruling Justice and Development (AK) Party and its ally, the Nationalist Movement (MH) Party members, and has been in the works since last year. The two parties claim the bill is similar to existing legislation in Europe, such as the German NetzDG, but critics disagree. It has been criticized for its opaque legal definitions, and for weaponizing unclear terms such as disinformation, fake news, baseless information, distorted disinformation, security, public order, and public peace.

In an interview with The Guardian, Emre Kizilkaya, head of the International Press Institute's Turkey branch, said the bill “criminalizes what the authorities call disinformation without defining what that actually means. A judge will decide how to define disinformation and intent, which really gives arbitrary powers to the government to criticize journalism.”

The fierce opposition to the bill was also voiced by opposition political party members. Ahead of the bill's adoption, one member of the parliament, Burak Erbay, smashed his phone with a hammer during his speech at the parliament. “Break your phones like this, you will not need to use it,” Erbay said ahead of the vote.

On October 14, another lawmaker said Turks may be heading into polls come election month without Twitter, Facebook, or WhatsApp. “This censorship law allows the state to shut down Facebook, Twitter and Whatsapp,” said MP Garo Paylan referring to the bill authorizing prosecutors and the BTK to shut down platforms if they do not comply with government requests to provide data on users.

The new social media censorship law adopted by the Turkish parliament marks the launch -by president Erdogan- of Turkey's next election season. The 2023 polls will be Turkey's most unfair vote since the country's first free and fair elections in 1950

Censoring the media and beyond

The bill does not only concern journalists. Its vague definitions may also hold users accountable for any post they share. “Any social media platform user will be held liable within the premises of this law for any post/tweet/share,” explained Emre Ilkan Saklica, the head of editorial at the fact-checking platform Teyit.org in an interview with DW Turkish. Scientists and independent economists may also face consequences over their projections and analysis.

On October 19, over 200 renowned Turkish writers issued a statement condemning the new bill, writing that it “will plunge the country into a deep darkness.”

And there are more restrictions, such as removing hashtags according to article 34 of the newly adopted bill if they are found to violate the law. This article comes atop of already existing legal punishments for various offenses. According to Article 299 of the Penal Code, any person who insults the president can face up to four years behind bars. So far, students, artists, journalists, lawyers, and average citizens, have been prosecuted or faced trial. Meanwhile, Articles 36 and 37 require communication apps such as WhatsApp, Signal, Telegram, and Skype to appoint local representatives. The new law also obligates these platforms to provide personal user data upon government requests.

The control over social media platforms “represent a draconian new chapter ahead of elections in 2023,” said Sarah Clarke, Head of Europe and Central Asia at Article 19 in a joint statement with Human Rights Watch. According to Yaman Akdeniz, Law Professor and founder of the Freedom of Expression Association, “social media threatens the government's control of media in general” given they serve as the only remaining avenues for people to access information and express themselves.

Ahead of the 2015 elections in Turkey, the state intensified the crackdown on media by resorting to “information campaigns and physical intimidation.” A violent mob organized by the AKP parliamentary deputy and leader of the AKP Youth, Abdurrahim Boynukalın, attacked the headquarters of Hurriyet Daily News, a left-leaning newsroom. Boynukalın was not punished at the time, and seven years later, he successfully secured a court order issued by a criminal judgeship of peace to block access to any news items about his involvement in the attack, on the grounds that it violated his personal rights. Following the court order, more than 100 news items that mentioned his name were blocked online.

Turkey's very own Ministry of Truth

These recent measures are just the tip of the iceberg. In August, the Directorate of Communication established a “Center for Combating Disinformation.” Similar to the vague terminology referred to in the October 13 bill, there was little transparency around the center's purpose and procedures. In a statement issued by the International Press Institute at the time, the international organization expressed concern and questioned the center's mandate as a government body to “combat ‘disinformation.'” The statement read:

The establishment of the centre should be seen in the context of the government’s recent attempts to control the information environment as the country heads towards the next elections.

That context includes the newly adopted disinformation bill, amendments to the Press Code of Ethics introduced by the Press Advertising Agency (BİK) in July 2022, a social media bill, and other online restrictions. So far, the center has published two weekly bulletins that list news items the center describes as fake news of the week. In the second bulletin, the center referred to the devastating coal mine blast at a state-run facility that killed 41 workers. It claimed that news reports of the blast holding the state institutions for failing to implement better safety measures were fake and that the state has taken measures to prevent such incidents.

On October 18, after filing a motion with the Constitutional Court to overrule the new bill's Article 29, deputy chair of the opposition CHP Engin Altay called the new law a “Stalin law,” saying that the new bill allows the state, “to present their own lies as truth.”

The parallels between Stalin and the new bill are not surprising. After all, it was Stalin himself who coined the term “Dezinformatsiya” [disinformation], elevating it “to its own government agency, aggressively spreading lies against political opponents and misleading citizens with bogus propaganda on a mass scale.” Fast forward to present-day Turkey, and the unfolding events attest to what Stalin and others did decades ago, but this time on an unprecedented scale.