Explaining the 20th Congress of the Communist Party of China: Jiangshan

Safeguarding the single party state is the top priority 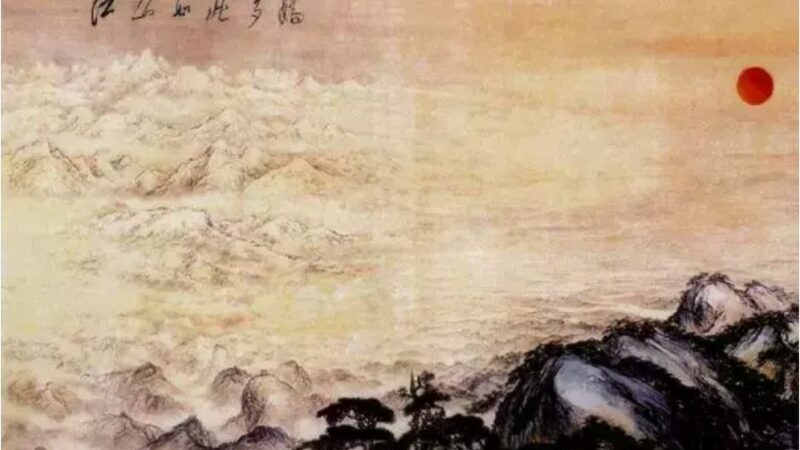 The 20th Congress of the Communist Party of China convened on October 16, with the party's Chief Secretary and Chinese President Xi Jinping giving the opening address.

Under the single-party political system, the CPC Congress, attended by 2,296 delegates who represent 96.7 million members, will elect around Central Committee members which would approve a list of 25 top party officials in the Politburo and its Standing Committee, the party's most powerful decision-making organ, headed by the Chief Secretary.

Hence, the “successful” opening of Congress implies that Xi will most likely secure an unprecedented third term as president and further consolidate his power in the CPC’s Politburo, as explained by several media outlets.

In 2018, the National People's Congress approved the removal of the two-term limit on the presidency in China's constitution. The change allows Xi to renew his leadership indefinitely.

For China’s observers, the official documents and public addresses during the week-long Congress offered clues to China’s political trajectory for the next 5 years. One analytical method is by examining key political terms.

In this series of 5 posts, Global Voices will explain the meaning and context, as well as local responses to some of the key terms that appeared or vanished during the 20th CPC Congress.

The first term for this series is Jiangshan (江山), which literally means river and mountain in English, and it is officially translated as “a country” by Chinese state-owned media outlets.

The term appears in Xi Jinping’s opening address to establish the legitimacy of the CPC’s leadership in China. The transcript and video of Xi’s Jiangshan narratives,  some with official English translations, have been promoted by official media outlets on all Chinese social media platforms.

[Official translation] This country is its people; the people are the country. As the Communist Party of China has led the people in fighting to establish and develop the People’s Republic, it has really been fighting for their support.

The Twitter-based translator-activist group, the Great Translation Movement, rebuked the official Chinese translation and pointed out that the translation of 打江山, which can be literary translated as “beat and conquer river and land,” should be “conquer the country” rather than “fight to establish.”

Other spontaneous reactions from the Chinese-speaking communities rest on the logic of the expression. Twitter user @srpnmamtf highlighted the problem:

Some also posted photos or videos showing how Chinese law enforcement authorities beat up people to ridicule the party's leadership in “beat and conquer Jiangshan.”

Exiled Chinese human right activist @tengbiao pointed to another translation problem and argued that the term Jiangshan should not be translated as “country.”

The official translation beatifies the expression of Jiangshan as the country. In fact, the term is referred to the regime (political system).

The land and power of ancient Chinese emperors

Under Tengbiao’s Twitter thread, more joined in delineating the meaning of the Chinese term. Many pointed out that the use of the term reflects the mentality of the ancient Chinese emperors.

The term “Jiangshan” when used as a political expression, resonates with ancient Chinese politics and implies the regime’s absolute power over its lands, people and prosperity under its territories.

The meaning of “Jiangshan is complicated. It can refer to the regime or its territories. It is similar to the idea of turf among the Mafia. Once the Mafia conquer a turf, they can extract illegal revenues from it.

Mao Zedong,  the former CPC leader and the founder of the People’s Republic of China, also used the term “Jiangshan” to express his political ambition in his most popular poem, “Snow – to the tune of Chin Yuan Chun” (1936). Here is the translation of the second verse of the poetry via Marxist.org:

江山如此多娇 – This land so rich in beauty
引无数英雄竞折腰 – Has made countless heroes bow in homage.
惜秦皇汉武 – But alas! Chin Shih-huang [the first emperor of a unified China] and Han Wu-ti [the emperor who ruled for 54 years during Han Dynasty and established the Han Chinese civilization]
略输文采 – Were lacking in literary grace,
唐宗宋祖 – And Tang Tai-tsung [an emperor from Tang Dynasty whose political reform led China into a golden era] Sung Tai-tsu [the first emperor of the Song Dynasty]
稍逊风骚 – Had little poetry in their souls;
一代天骄 成吉思汗 – And Genghis Khan, Proud Son of Heaven for a day,
只识弯弓射大雕 – Knew only shooting eagles, bow outstretched
俱往矣 – All are past and gone!
数风流人物 – For truly great men
还看今朝 – Look to this age alone.

In 1959, the late painters Fu Baoshi and Guan Shanyue created artwork to accompany “Snow – to the tune of Chin Yuan Chun” to celebrate the 10th anniversary of the PRC. The sun in the painting represents the CPC, and the painting has been hanging in the Great Hall of the People ever since.

The reign of the single-party state

After the establishment of the PRC, the connection between the people, Jiangshan, and the CPC was tightened. “Socialism is Good,” a propaganda song written in 1958 under Mao's era, is the best example of the single party's ideological frame. Here are the last two verses of the popular political song:

Xi Jinping has taken up Mao's legacy, particularly in his political vision of the Jiangshan. It was no coincidence that the China Post revived Mao's “Snow – to the tune of Chin Yuan Chun” by reading it aloud over a 3D cartoon and adding it to a miniature stamp in September 2021.

Xi’ speech about Jiangshan in the 20th Congress also follows the CPC convention in combing ancient Chinese political conventions with modern political terms — this time with the emphasis on “fighting to establish” or “conquering” the Jiangshan.

The political rhetoric, which reflects the determination of the party to safeguard the single-party regime with force, however, has become less and less appealing as people wish to move forward rather than back. On Weibo, there have been very few critiques as well as resonations on Xi's Jiangshan quote thanks to strict censorship measures. But screenshots of critical comments, such as this one, are still circulating:

Fight and conquer the rivers and mountains! They continue to exist without your fighting for it, the rivers continue flowing… Those who fought turned into ashes… You safeguard what? Without your safeguard, they won't run away. Only you and your gangs can run away. Your offspring have stolen the mines in the lands and rivers… turned them into USD and hid them on the other side of the Pacific Ocean…