'An extraordinary artist. An even better man.' 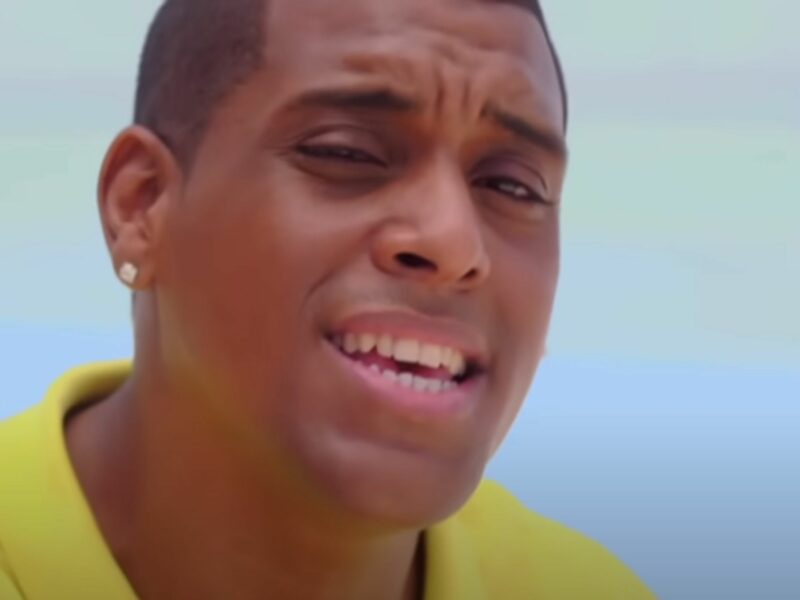 Screenshot of the late Haitian musician Michael ‘Mikaben’ Benjamin taken from the YouTube video of one of his famous songs ‘Ayiti Se'(Haiti Is).

Michael “Mikaben” Benjamin (or “Mika,” as he is fondly called, the well-loved Haitian musician who was perhaps best known for his uplifting song “Ayti Se” (Haiti Is) — a love song to his country released two years after the country's devastating 2010 earthquake — died suddenly on the evening of October 15. The 41-year-old singer passed out after performing with the Haitian konpa band CaRiMi in a concert in Paris, of a suspected cardiac arrest.

CARIMI concert that was held at Paris has to stop. After performing on stage, Mikaben fell and lost consciousness. The medical staff had to come to revive the artist. Michael Guirand says the situation is complicated. Everyone had to evacuate the hall.#mikaben #carimi pic.twitter.com/6RO9lvGs6W

The shock and grief of his fans, which began with concert-goers, soon spread to social media channels, where the symbolism of the singer dying while carrying the Haitian flag was not lost on his followers:

“Ou Pati” was the last song you performed on one of the biggest stages in the world for one of the most iconic moments in Haitian music history. #Mikaben – you left everything on that stage. You left us with a smile on your face and your Haitian flag on your back. pic.twitter.com/SvCjLWUEpV

Bertrhude Albert interpreted his holding of the Haitian flag this way:

@mikaben gave his life to Haiti. He carried our flag on his back until his dying breath. At one point before singing you can see he was in deep pain and yet he persevered. It’s almost as if the same flag he was fighting for gave him strength to finish what he began. ✊🏿🇭🇹 #Mikaben pic.twitter.com/uDeVeD3yr2

The news was difficult for many to process, especially because the singer was so young and vibrant. One Twitter user even suggested “Mika” should be afforded a state funeral.

Never seen something so eerie in my life. He was laughing saying goodbye and he just…. fell.

Like he tripped over something. We kept waiting for him to get back up to Crack a joke. The whole stadium. But he never did.#Carimi #MikaBen

Many Twitter users sent messages of “Ale an pè” — Haitian Kreyòl for “Go in peace,” while others acknowledged him as a “Haitian musical legend” whose last performance was “unforgettable“:

As the son of the famous Haitian singer Lionel Benjamin, music was always part of Mika's life. He began composing songs when he was a teenager, and learned to play several instruments, including the piano, guitar, bass, and drums. He made his first foray into public performance via “Christmas Telemax,” a popular talent competition, where he won fourth place with his song “Nwel Tristes” (Sad Christmas):

When I was In Haiti, It ain't Christmas yet if @mikaben Christmas song ain't playing on the Radio. I can't believe it. 🙏😢😢💔💔 #Mikaben pic.twitter.com/SDdUEyFntV

Mika would continue to write and record as a solo performer, and his songs steadily gained popularity not only in Haiti but throughout the French Caribbean, in Europe and in the United States:

A lot of us grew up listening to #Mikaben and he was one of those artists who could sing in any languages” Creole, French, Spanish and English “ you would have a great vibe..that’s pure talent. Thanks again Mikaben Your Arts will be on forever 🎼✍🏽 #carimi #haiti #kompa pic.twitter.com/mmiXnxOB4e

A year after the release of his eponymous album in 2004, he formed the konpa group Krezi Mizik, with whom he recorded and toured until 2009, when he resumed his solo career. However, he continued to explore collaborations with other acts, including regional talents like Jamaican dancehall's Elephant Man and Vincentian soca star Kevin Lyttle.

In the midst of the grief over the world's loss of a musical talent, however, some social media users considered how traumatic Mika's death must be for his family. The singer's wife, Vanessa, is due to give birth to their second child together this December. He also had a child from an earlier relationship:

#Mikaben wasn’t just a beloved and talented artist, he was someone’s son, husband, dad, best friend, etc. I urge you to refrain from sharing the videos of this man’s last moment. We are all in shock AND we have to consider his love ones. He/They deserve the respect.

Ppl really think they can have access to you at all times. That man was more than a musician, he was a husband, a father, a son, etc. Give his family space to breathe and the proper stillness to grieve. His wife should not have had to tell y’all that… #Mikaben

While sadness was evident, the overwhelming sentiment about Mika's life and music, however, was one of gratitude, with one Twitter user suggesting he died doing what he loved:

An extraordinary artist. An even better man. Thank you for all the beautiful words you sang, for all the people you inspired, for all the amazing things you did and for flying our flag high, always! You will be missed. 💔
RIP #MikaBen pic.twitter.com/bhfO65CqP1

As we remember Mikaben, let it not just be his love songs (although he is responsible for some of my favorite love songs), but also his songs that spoke to the issues of our people in #Haiti and #BlackPower all around.

Mika, may the beat of the drums guide you home to the ancestors. Prayers for your family and all who loves you #Mikaben #Carimi https://t.co/tmEHAS8y8j

Jean Webens Jecrois, however, tried to hold on to hope amidst the tragedy:

We should always take into account the fact that life is tragic. Human life lasts one single renewable second. Some people never die, #Mikaben is one of them.

Haiti — and the rest of the world — may not have Mikaben anymore, but they will always have his music.