“We also speak Russian in Moldova, but don't want to have anything to do with the so-called Russian World”, says Moldovan writer Iulian Ciocan

I did actually write a novel about Russian tanks in Chișinău 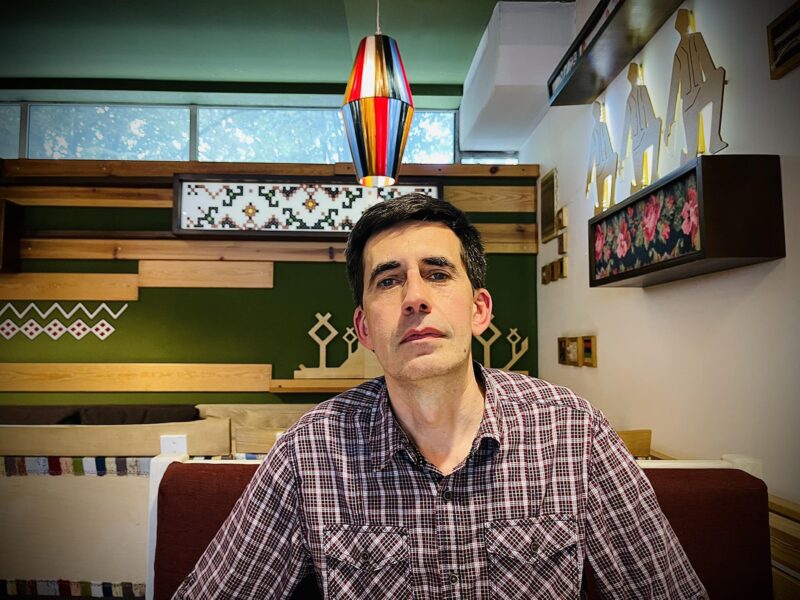 Moldova is a country at the crossroads of multiple linguistic, ethnic and religious identities, and has been part of various empires before gaining independence in 1991. To discuss its rich and mixed history, as well as the impact of Russia's invasion of Ukraine, Global Voices interviewed Moldovan author Iulian Ciocan. The interview took place in Moldova's capital Chișinău and was conducted in Russian.

Moldova is a multilingual and multiethnic country bordering Ukraine and Romania. While ethnic Moldovans represent 75 percent of the population, there are other important minorities including Ukrainians, Gagauz, Russians, Bulgarians, and Roma. Romanian is the official language, yet Russian is widely spoken, particularly in urban settings, and used in media, education and business.

During the Soviet period, Moscow artificially created a language called Moldovan and imposed the Cyrillic alphabet — which is also used for Russian — to write what is in fact the Romanian language. In 1994, independent Moldova reverted to the Latin alphabet that is used in Romania. But Moscow never gave up its ambitions to control Moldova: it supports the authorities of the self-declared republic of Transnistria in the east of the country. Following a deadly war from 1991–92, that territory declared its independence from Moldova and, to this day, retains governmental, military and economic control over what represents 12 percent of Moldovan territory. Transnistria is not recognized by the international community as an independent state.

Global Voices asked Moldovan novelist and journalist Iulian Ciocan how he perceives the current situation in Moldova, given Russia's war in Ukraine, but also in relation to Moscow's rhetoric about what allegedly defines the “Russian World.” 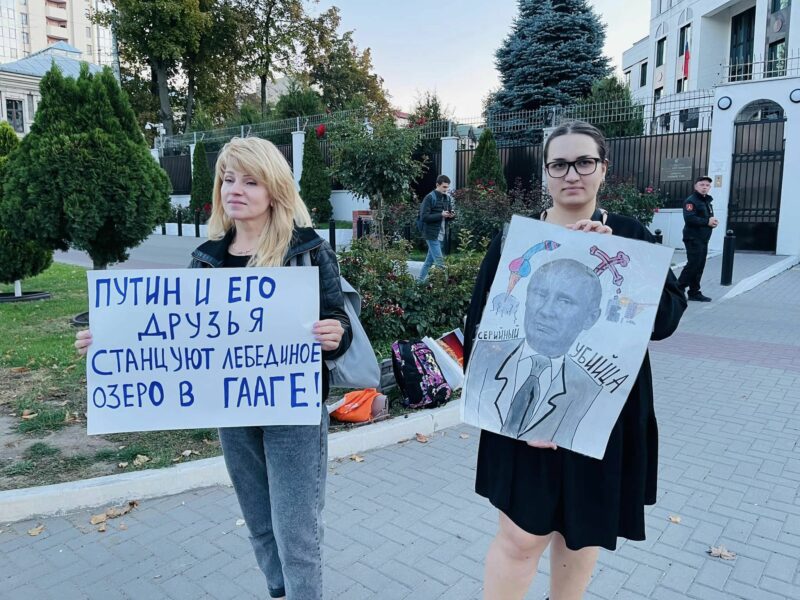 Moldovan demonstrators in front of Russian embassy in Chișinău. Photo by Filip Noubel, used with permission.

In 2015 I published a dystopian novel in which I imagine how Russia and Transnistria occupy Moldova; it is called “Iar dimineața vor veni rușii” which means “In the Morning, the Russians Will Arrive.” I wrote it before 2014, though, when Russia occupied Crimea. This is of course a piece of fiction, but many people in Moldova have an internalized fear because there have been Russian invasions in the past: in 1940, and in 1812. I speak to a lot of Russophones here, and to Russians who come to Moldova. My impression is that many of them consider this land to be “their [Russian] territory.” So I think that if Russia conquers Odesa [in Ukraine], they will also claim Moldova. Bessarabia [alternative historical name of most parts of today's Moldova] was a province of Tsarist Russia for over 100 years.

In my recent interview to the French daily Le Monde, I explained that there are preconditions in Moldova for an invasion to happen, it is always in the air, regardless of who is governing Moldova. I never felt very comfortable here as a writer: this is a zone between the Dniester and Prut rivers, of temporary arrangements where nothing is created to last very long. I always felt like that: Today this is Moldova, tomorrow it could be part of Russia, or of Romania. This awareness influences our mentality: What we start might not endure, it can be destroyed at any moment.

Ciocan, as all writers, models language to best serve his style. Sometimes he uses Russian phrases or words, in his prose, so Global Voices asked him about his views on the de facto bilingual situation of Moldova, and his own relationship to the Russian language:

Here in daily life, people are very tolerant; nothing has changed since this war [Russia's second invasion of Ukraine that started on February 24, 2022]. What is problematic is the idea that Russians should come here, and occupy this land. The fact that my neighbor might speak Russian is not a problem in any way, unless that particular person wants Putin to come here and rule. So the main question is whether local Russophones are connected to Putin's narratives, or not. To be clear: We do speak Russian in Moldova, but don't want to have anything to do with the so-called “Russian World.”

Linguistically, culturally, and literally, Moldova has re-established strong ties with Romania since 1991, as Ciocan explains, but the shadow of Russia remains:

Since I write in Romanian, I consider myself to be a Romanian writer. Where I live is really beyond the point, so I position myself as Romanian writer with a post-Soviet background. We were under Russian and Soviet rule, thus our social experience departs from what Romanians have gone through: We are indeed close, yet different. At the same time Romania considers us to be Romanian writers, and invites us to events, projects and publication grants, and we can join the Union of Romanian Writers.

But despite that, when I am abroad, I constantly have to face confusing situations about where I am from, and have to explain where Moldova is located, though since this war, people seem to be more informed. I also notice that, to this day, any Russian writer is generally well regarded abroad, simply for being Russian, regardless of how well they actually write. I experienced that in France where people think any Russian writer is a second Dostoyevsky or Nabokov. But people in the West will never be able to understand what has happened and is happening in the post-Soviet space if all they read are texts by Russian authors.

Global Voices asked him how he relates to the contested term of European literature:

I believe in the concept of European literature and can relate to it: World War I and II are a central theme defining European literature that we all share. Yet we are also very diverse, even within one language tradition.  My own journey, as I lived in the Soviet Union, started with Soviet authors, as we had no other choice, as well as with Russian classics, such as Gogol, Chekhov, Bulgakov. Dostoyevsky most likely inspired Freud to study the subconscious and publish his studies about psychoanalysis. Clearly, as a writer I cannot look at language in a negative way: Language is a tool, and I cannot accuse it of anything that Putin is doing. So for me, the fact that I speak Russian is a plus.

After 1991, I read in translation many other authors, mostly from Western Europe, and then realized it is best to read the so-called “smaller literatures” that are closer to our experience: Kadare from Albania, Hrabal from then Czechoslovakia, other writers from Hungary, Bulgaria, Serbia. They have been part of larger empires, or went through a Soviet invasion, so there is often a direct link between their literary characters and History with a Capital H in their books.

About his immediate plans, Ciocan concludes:

The war forced me to think about what might happen if it reaches Moldova: Will I stay or leave? — something I think about every day now. I did after all write a novel about Russian tanks on the streets of Chișinău. This is a huge tragedy, every morning I read Ukrainian, then Russian news websites, compare the gap between them. Now I am thinking about a novel that speaks about the war — I cannot write as an Ukrainian who has been through Mariupol, yet I can write about being very close to the war, and how it shapes our daily life.