Musk denies his ties to Russia and China 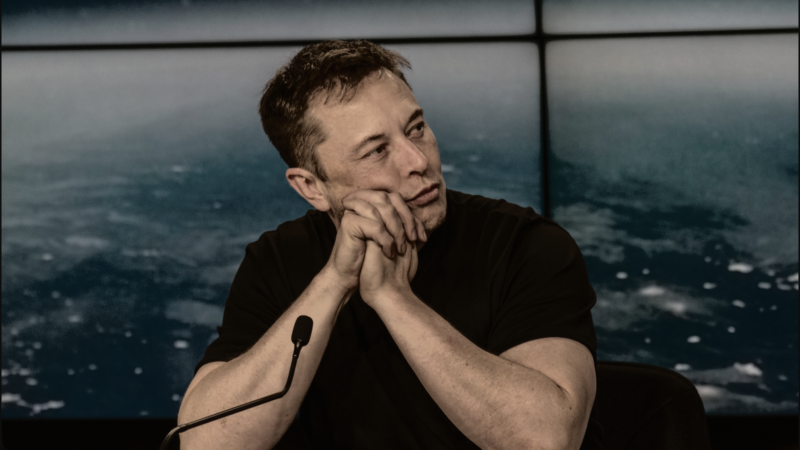 Tesla and SpaceX CEO Elon Musk has been under fire after stepping out of the business realm and sharing controversial views on Twitter and in a media interview about peace deals on the current Ukraine-Russia and Taiwan-China crisis. Speculation has been boiling on Twitter about Musk’s possible ties with Beijing and the Kremlin.

Speculations and conspiracy theories exploded on October 12, with many calling for a full investigation on Musk’s possible foreign influence, after Ian Bremmer, an expert on Eurasian geopolitics, claimed that the powerful entrepreneur spoke with Putin and the Kremlin about Russia's “red lines” on Ukraine before he put forward his peace plan.

BREAKING: Right-wing billionaire Elon Musk desperately denies the credible report that he spoke directly to Vladimir Putin before posting a controversial tweet about the Ukraine invasion that was widely perceived as pro-Russia. RT TO DEMAND A FULL INVESTIGATION INTO MUSK!

Musk denounced Bremmer’s claim saying that he only spoke with Putin 18 months ago about his space project:

Nobody should trust Bremmer

Ian Bremmer stood by his story. In his weekly newsletter, Bremmer said Musk told him that he had direct conversations with Russian President Putin and the Kremlin concerning Russia’s redlines before he tweeted about the Ukraine-Russia peace proposal. Ian Bremmer also stated that Musk, the founder and CEO of SpaceX, refused to enable Starlink connection in Crimea in order to prevent escalation in the current war.

Elon Musk was widely praised on Twitter last February after SpaceX, a spacecraft engineering company, enabled Starlink service in Ukraine as Russia invaded the country. It was later revealed that the US had paid millions to ensure Internet communication in Ukraine would not be disrupted by the war.

Bremmer’s revelation on Starlink seemed to have confirmed political activist Bill Browder’s observation on the exchange between Elon Musk and Russia's influence over recent outrages of Starlink in Ukraine’s frontline battlefields:

This plea from Putin’s most important propagandist, Margarita Simonyan, to Elon Musk to turn off Starlink came one day before Starlink starting malfunctioning in Ukraine in some areas https://t.co/Kus1GkCv3k

Talks on peacebuilding in Ukraine and Taiwan

From what I'm hearing, Elon Musk is not simply expressing his own view but transmitting a concrete proposal—wrapped in a threat—from Putin himself. https://t.co/y0rdktyAUJ

Then in an interview with the Financial Times published on October 8, the Tesla CEO suggested China “figure out a special administrative zone for Taiwan” in the form of “an arrangement that’s more lenient than Hong Kong.”

The Republic of China (ROC) was established in 1912, and its ruling party Kuomintang escaped to Taiwan after the defeat of the China Civil War in 1949. ROC was a member of the United Nations until 1971 when a resolution was passed to replace China’s representation from ROC to the People’s Republic of China (PRC) under the Communist Party of China (CPC). Despite the shift in its diplomatic status, the ROC/Taiwan remains a political, military, and economic independent entity.

Musk’s proposal, however, suggests giving up the ROC/Taiwan’s sovereignty to China in exchange for a so-called peaceful resolution of the current cross-strait crisis triggered by Beijing’s military drills in response to the US House Representative Nancy Pelosi's visit to Taiwan. As expected, China state-sponsored commentator Hu Xijin immediately praised Musk on Twitter, followed by appreciation from Qin Gang, Chinese Ambassador to the US:

I would like to thank @elonmusk for his call for peace across the Taiwan Strait and his idea about establishing a special administrative zone for Taiwan. Actually, Peaceful reunification and One Country, Two Systems are our basic principles for resolving the Taiwan question… https://t.co/KYH1Gsu3Um

While Taiwan’s premier Su Tseng-chang dismissed Musk’s comment by saying that he “doesn't know much” about the region, others saw his comment as a strategic business choice.

Musk siding with Chinese dictatorship on Taiwan is also easy to explain when you consider that Musk's motivation is Tesla success at all costs.
“Tesla sold 83,135 China-made vehicles in wholesale in September, smashing its record of monthly sales in China”https://t.co/KB4OWzxrKw

According to Electrek, a website on electric transportation, Tesla’s monthly output in its Chinese factories will be up to 100,000 by the end of 2022.

In the FT interview, Musk was also quoted as saying that “Beijing has made clear its disapproval of his recent rollout of Starlink in Ukraine to help the military circumvent Russia’s cut-off of the Internet,” and that “Beijing sought assurances that he would not sell Starlink in China…What this comment must mean is Musk committed not to sell Starlink in Taiwan, which Beijing considers to be a sovereign part of China.”

Charles Mok’s worries about Musk’s possible Faustian bargain with China are not groundless. Elon Musk had an in-depth dialogue and took a ride on Tesla's new car model with the Chinese ambassador in California in March.

Tesla's stake in China has complicated Elon Musk’s Twitter-acquisition plan. In fact, tech activists and groups have urged the US Congress to investigate Musk's foreign ties after he proposed to carry on with the acquisition of Twitter with an ambitious plan to turn the social media tool into China’s WeChat-like all-powerful “everything app.” Some activists in the digital rights sector say they cannot trust Musk, including Michael Caster:

Elon Musk willing to throw #Taiwan under the bus to appease his business relations in #China, think what concessions he'll jump to as head of Twitter to censor content or hand over personal user data when Beijing comes a knocking. https://t.co/5XvxOqnAG9

After Ian Bremmer’s revelation of Musk's conversation with Putin, a full investigation of the entrepreneur’s foreign ties seems inevitable.