'Explainer [...] will forever make me want to book a flight to Trinidad' 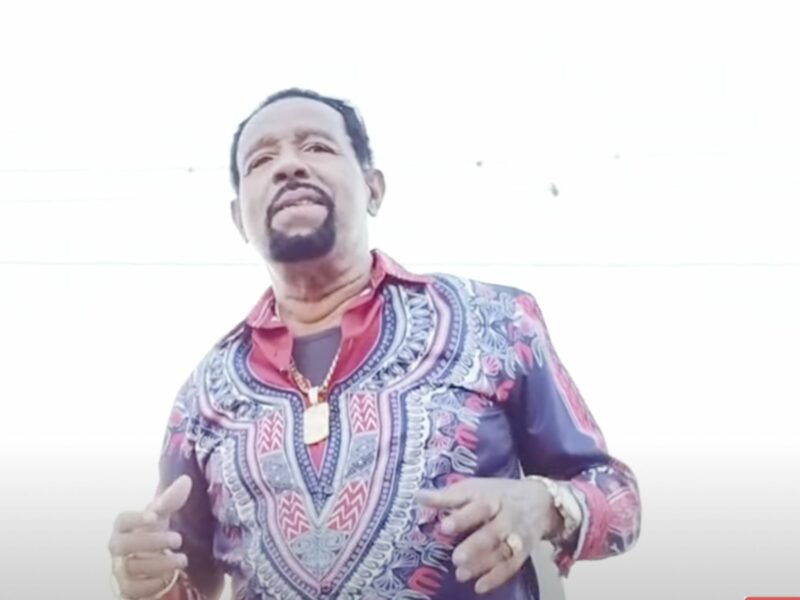 Trinidad and Tobago has lost another calypso great. Winston Henry, a prolific composer, singer, and producer who was fondly known in the world of calypso as “Explainer,” passed away on October 7 at the age of 74. The Trinbago Unified Calypsonians Organisation (TUCO) announced his passing on its Facebook page, and remembered him being “affectionately dubbed the messenger, because he composed songs which expressed the ills of society and the oppression of the poor man.”

Calypsonian Explainer has died | Loop Trinidad & Tobago R.I.P Sir thank you for your contribution to the culture https://t.co/xXai6Qloti

Henry was born on November 13, 1947, and at 20, embarked upon his calypso career by debuting on the hugely popular national talent show “Scouting for Talent.” Two years later, in 1969, he joined the Southern Brigade calypso tent, a venue that showcased each Carnival season's performers and their lyrical offerings. By the following year, he was on the billing at Lord Kitchener‘s famous Calypso Revue, thanks to the recommendation of fellow calypsonian Emrold Phillip, aka “Brother Valentino,” who at that stage was more established. Henry would remain at the Revue until 1974, but, being a huge fan of calypso legend The Mighty Sparrow, joined his mentor's Original Young Brigade tent in 1975, where he had his first popular tune, “Man and Wages.” The following year, his composition “Mr. African” got him as far as the semi-finals of the National Calypso Monarch competition.

Explainer was determined to make his mark in the calypso arena. The very next year, he made the finals with a tune called “Caribbean Integration.” He would go on to compete in the Calypso Monarch finals 10 times over the course of his career, although the title always evaded him.

Part of his charm as a performer was his ability to cleverly blend serious messages with a dose of humour, and package the songs in a danceable melody. In 1979, he enjoyed a particularly successful Carnival season with hits that included “Kicksin’ in Parliament,” “Sunday Night Fever,” and “Yuh Got to Pay.” He was also completely unafraid to experiment with new styles, having ventured into the realm of Soca Parang, a festive hybrid made especially for the Christmas season, and having composed the first Ragga Soca tune, “Dem Weh Dred.” Many of Explainer's future compositions would stand firmly in defence of the Rastafarian community, attempting to clarify misperceptions prevalent at the time.

He was a calypsonian not afraid to take a stand. After spending a decade as a professional calypsonian and realising that the prize money for “Scouting for Talent” — the amateur talent television show that helped launch his career — was more than was on offer in the Calypso Monarch competition, he penned the protest song “Not Me and the Monarchy,” which became a huge hit and caused then sponsor Sissons Paints to increase the prize money from TTD 1,000 (USD 147) to TTD 12,000 (USD 1,767). In 2020, the winner of the competition received a prize of TTD 800,000 (USD 117,798).

Explainer's acclaim only increased thereafter, and the 1980s was a good decade for him. He teamed up with music producer Rawlston Charles, with whom he created memorable tunes like “Ras Mas,” and undoubtedly, what to this day remains the song that is most closely associated with him — 1982's “Lorraine,” which tells the story of Explainer leaving his woman in cold Brooklyn because he cannot resist the urge to travel to Trinidad for Carnival. The tune became an international hit, making it onto the British charts at position #35.

In 2005, soca star Bunji Garlin collaborated with Explainer to do a remake of “Lorraine,” which did very well, highlighting the timelessness of the song.

According to Facebook user Giselle Decle, the song “never got old…and it never will.”

Explainer of Trinidad gave the soca world one of its sweetest songs ever. He died today. RIP 🕊 https://t.co/oii8p3H3ct

In the '80s, Explainer enjoyed success with songs like “Rasta Chick,” “Free Base is Waste,” and “Is Horse.” Towards the end of the '90s, however, he stopped competing, saying that music was “a mission and not a competition.” Composition was such an integral part of his career, however, that he continued to write songs for fellow calypso artists, many of them women. He also took the role of cultural ambassador seriously. His international performances, which included North and South America, Europe and, of course, the Caribbean, took him to prominent venues like Royal Albert Hall, The Apollo Theater, and Madison Square Garden. He even performed at the renowned Studio 54.

Explainer was a true musician, in that he enjoyed the collaborative process of creating songs. He was also a master of reinvention, working with younger soca performers like Blaxx, JoJo, Farmer Nappy, MX Prime and Nelly Cottoy. His website also had an entire section dedicated to new releases.

In 2018, Explainer received the Hummingbird Medal (Gold), a national award, for his contribution to the field of calypso. According to the Copyright Music Organisation of Trinidad and Tobago (COTT), the calypsonian had registered as many as 179 songs.

Having spent more than half a century in the industry that he loved, Explainer remained active until very close to his death, even participating in virtual concerts during the COVID-19 pandemic, and spending time educating children about the history and art form of calypso.

As news of his passing broke, many shared tributes and links to his music on social media. One musician, Gary Hector, uploaded a video of himself playing a few verses of “Lorraine.” He then analysed the lyrics, explaining what made them so compelling. However, he felt that Explainer, like so many other national cultural treasures, was not valued enough:

We have the great ones here…we have them, [but] we just walk all over them, we bury them alive. There — I said it!

Damn Trinidad & Tobago 🇹🇹, we losing our gems one by one 💎

The National Carnival Commission, meanwhile, said it was with a “heavy heart” that they mourned the passing of “a widely celebrated and much-loved calypsonian”:

Explainer graced stages, here and across the world, with his unforgettable compositions and flair. Over more than 4 decades, he proudly flew the flag for Trinidad and Tobago […] More than an inveterate calypsonian, he was a pioneer who created such a presence through his talent, wit, and overall down-to-earth demeanour that he will truly be missed.

As social media users shared his music and their memories of it in their lives, Facebook user Abeo Jackson posted a simple but fitting farewell: