At least 4,000 teachers quit their teaching profession in the 2020/21 school year 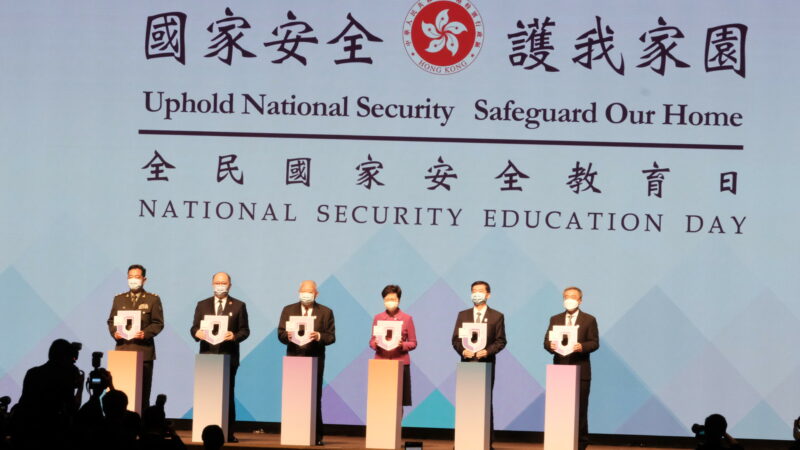 Image from inmediahk.net. Used with permission.

The following post is the English version of a Chinese feature report published on Hong Kong based online news outlet, inmediahk.net, on September 18, 2022. It has been republished on Global Voices under a content partnership agreement with inmediahk.net.

At least 4,000 teachers left the teaching profession in the 2020/21 school year, according to the Hong Kong Education Bureau. The number reflects a 70 percent surge in resignations compared with 2,380 in the previous year. More teachers are expected to change their career paths in the coming year as a result of crackdowns on teachers and strong government intervention in the classroom.

The mass exodus of teachers came after the enactment of the National Security Law (NSL) on June 30, 2020, along with the introduction of the national security curriculum and new “loyalty oath” requirements.

The Education Bureau claimed that the mass exodus was “a personal choice” and that the government would address the problem by strengthening school management and providing promotion opportunities for young teachers. It did not address any policy-level concerns.

To find out what compelled thousands of teachers to quit their careers, reporters from inmediahk interviewed some former teachers about their experiences.

A democratic and free environment for children

Alan, 53, had been teaching physics and mathematics since 1992 before he left at the end of 2020. By then, he was the physics department head with a monthly HKD 90,000 (approximately USD 11,500) salary. However, he was determined to leave Hong Kong:

I don’t want my children to grow up in such an environment.

He sold his home and moved to England with his wife and their 15- and 18-year-old children.

He  always saw teaching as a life-long commitment, but after the anti-China extradition protests in 2019, he anticipated the erosion of freedom in the city. Before he left, he had seen many complaints targeting teachers.

Around mid-2020, some pro-Beijing politicians and groups in Hong Kong set up hotlines and websites that encouraged the public to report people suspected of violating the NSL. The so-called suspects included journalists and school teachers allegedly engaged in “professional misconduct.” This initiative was later taken over by the Hong Kong police.

To integrate into his new home in England, Alan found a part-time job as a hotel receptionist. He also worked as a private tutor for students in Hong Kong and the UK. He does not regret giving up his career, stressing:

Seeing my children growing up in a democratic and free environment and having a happy school life is more important.

Schools in Hong Kong are no longer educational

Tiffany, 43, a teacher in charge of administrative affairs in a primary school, also migrated to the UK. She explained her decision:

After 2019, the school climate changed rapidly. The administration reminded teachers to be careful when teaching in class and writing on social media to avoid complaints. The environment was not educational.

From 2019–2021, the Education Bureau received 502 complaints about teachers’ professional misconduct, of which 344 were related to the 2019 protests. Of the 189 substantiated cases, six teachers were deregistered, 50 received letters of reprimandand, 59 received warnings, and 39 received written advice, and 37 were given verbal reminders of the NSL policies.

Tiffany received a complaint from parents after she asked students to complete homework involving newspaper clippings. The parents accused her of bringing politics into the school and questioned her political orientation.

While she had received no punishment, she anticipated that “things would get worse.”

In the 2020/21 school year, elements of national security were introduced to the campus.

All public schools were required to fly the national flag daily and conduct weekly flag-raising ceremonies in the 2021/22 school year. To meet the requirement, Tiffany's school established a flag-raising team and a ladder squad. The school carefully picked students from pro-government families to join.

On that day, all other classes were suspended in Tiffany’s school. Teachers went into the classrooms with PowerPoint presentations promoting the National Secutiry Law.

Tiffany is not worried that her daughters will be “brainwashed” as she has taught them about current events and has taken them to rallies in the past. However, she does not want to see her daughtering living in a conflict-filled, hostile environment. She has reminded her daughters to avoid talking about protests with her classmates or mentioning pro-democracy slogans.

There are so many red lines. They will eventually learn how to “survive” and grow up, but I don’t want to see them just learning how to survive, I want them to learn freely.

Ah Tien, who had more than 20-years teaching experience, was in charge of implementing the National Security Education before she left her school this summer.

Self-censorship has become a common practice in schools. For example, when teaching General Studies, her colleagues would carefully pick topics that are “politically correct.”

The “Specific Measures” explicitly state that “teachers should not advocate personal political positions or convey distorted values or make inciting comments.” She simply stopped talking about her personal feelings in class, such as her opinions about the June 4 crackdown of the student movement in Beijing Tiananmen, 1989.

She decided to change her career path in the Summer of 2022:

I am so fed up with the fear of stepping into red lines and making mistakes.

Young teachers are also leaving the education sector. Among them are Keung and S.

Keung was a science and computer teacher. Although the two subjects do not have very strong national security elements, he also felt the adverse effects:

When teaching energy and natural resources, we have to cite examples from China and highlight “ecological security” and “resource security” from a nationalistic point of view. As for computer class, the focus is on “cybersecurity,” and we have to teach the students to be responsible for their online speech and fact-checking.

As schools have to hand in regular reports on teaching outcomes, teachers must include national security elements in their teaching materials and students’ homework.

In November 2021, the Education Bureau handed down a new curriculum framework for “Values Education” to all public and subsidized schools. It specializes in strengthening students’ national identity and cultivating values such as law-abiding, empathy, and hard work. In Keung’s school, the classroom teachers are responsible for implementing the curriculum.

Do I really want to execute this? I find it difficult to talk about something I don’t believe in. I really don’t want to be the one doing this… last year, you could just avoid sensitive topics, in 2021/22, you have to take an active role [in the national security education].

Despite a smooth career prospect, Keung decided to quit and change his path.

Likewise, S. who has taught Chinese subjects for five years, could not persuade himself to implement the curriculum. He plans to quit and study abroad in 2023.

Under the national security education framework, the new version of the Chinese history textbook for junior high school students has added elements of the Basic Law, including the claim that “Hong Kong has been a Chinese territory since ancient times.” Hence, Hong Kong is deliberately marked on the map of the Qin Dynasty  (259–210 BC) as the first emperor of Qin undertook a military expedition to Baiyue — which is southern China and northern Vietnam on today’s map.

S. remembered that when he stepped into the classroom, he planned to read the text and get the job done, but eventually, he couldn't utter a word.

No space for deliberation and compromise

In addition to implementing the national security education framework, all teachers must attend related training seminars provided by the Education Bureau. During those lectures, S. suffered stomach pains and headaches. He silently wept during the training:

My body doesn't work, and I could not bear such a kind of nonsense and absurdity, I simply can't take it.

In response to criticisms from the education sector, the Education Bureau stressed that there is no space for deliberation and compromise in an article published on its website in February 2021: