Parliamentarians draw attention to messages with insults and death threats 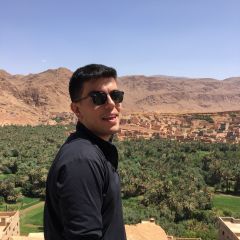 With the first round of the presidential elections on Oct. 2 approaching, cisgender, transgender, and travestis in women involved in Brazilian politics have been denouncing on their social media episodes of gender political violence, considered now an electoral crime in Brazil.

Messages of sexist, racist, and even Nazi-inspired references are among the threats that have reached councilwomen and congresswomen. The women have common affiliations to leftist or center-left parties and the shared defense of agendas linked to diversity and the fight against inequalities.

The most voted City Council member in the 2020 elections and the first transgender councilwoman in Belo Horizonte, Minas Gerais, Duda Salabert (PDT, Democratic Labor Party), denounced in early August that she received an e-mail with a death threat from a “neo-Nazi group that is present in forums and virtual environments.” The message also contained Nazi references, she says.

A police report was registered and, also in the networks, the councilwoman said that she had lost her job as a teacher:

Because of these Nazis I've lost my job last year, since they've sent emails to the school where I worked saying I would turn the place into a sea of blood, if I'd continued teaching there

About two weeks later, Duda, who is now also running for the federal Lower Chamber, was targeted again. In her office, she received newspapers with Nazi and homophobic writings and drawings. In the messages, Duda is addressed in the male gender and the message says that she should be isolated “in a concentration camp full of crap just like you:”

SOS Terrible: I've just received another Nazi threat, now by letter. A letter with this content has just arrived at my City council office: newspaper pages with writings and Nazi-linked images.

The congresswoman stated that she is campaigning with a police escort and bulletproof vests.

Another councilwoman elected in 2020 in São Paulo, Erika Hilton (PSOL, Socialism and Liberty Party), received an anonymous e-mail in March of this year, also with a death threat.

She is the first travesti (Latin-American gender identity) to occupy a seat in the City Council and, since the beginning of her term, has faced threats with transphobic and racist content.

The intimidation led Hilton to file a police report and, as in Duda's case, open debate about the LGBTQIAP+ political violence. At the time, via Instagram, she commented:

Since the beginning of my mandate, the threats and aggressions are constant, and my life has changed completely. I can't receive friends at home, I can't go to the market alone, I am always accompanied by security guards and an official car. My aggressors think they are going to stop me, but despite the fear, natural in face of the routine of threats, they are wrong. I will continue to stand firm, taking care of myself, but deepening the political work that we have started.

In the first weeks of August, Hilton was threatened again after, together with councilwoman Natasha Ferreira (also from the PSOL, in Porto Alegre, Rio Grande do Sul), denouncing to the Federal Public Prosecutor's Office homophobic speeches of President Jair Bolsonaro in a podcast interview.

Addressed in the male gender, both were threatened with death in an e-mail that contained sentences such as “hate is our reason for living” and a threat of bombing their homes if they didn't abandon public life.

The message was initially directed to leaders of PSOL, the party of the two, and to state deputy Erica Malunguinho (the first Black transgender person in the country to hold this position, in São Paulo, who ended her campaign earlier this year), with the intention to be forwarded to Hilton and Natasha.

After confirming her candidacy for congresswoman in 2022 at the end of July, Erika Hilton commented on the new hate message she received, to Estadão:

It is clear that the recurrent threats against me and so many other women, either they be politicians or journalists, are intended to embarrass and intimidate us to stop our actions […] In my case, they explicitly say that I should give up being a candidate and leave public life. They will not succeed.

Hilton's party colleague, congresswoman Sâmia Bomfim, who is also from São Paulo and running in these elections, filed a complaint after receiving similar death threats. The congresswoman said that her son and husband (also Congress member Glauber Braga) were quoted in an email whose references are the same as the ones in the messages sent to Salabert.

I even thought about not disclosing it. But I reflected that, even though it was not the first threat, it was the most serious and perverse. Very similar to those that were directed to Manuela D'Ávila and Duda Salabert […] Gender violence cannot be naturalized. This fascist aggression against women in politics needs to stop.

Running for vice president in the 2018 elections with Fernando Haddad (Workers’ Party, PT), former congresswoman Manuela D'Ávila (PCdoB, Communist Party of Brazil) has given up on candidacies in 2022, stating that the processes of political dispute were too “hard and violent” for her and her family, in a text published on her Facebook profile.

One of the messages, released by her in early August, contained rape threats, curses such as “slut” and wished for the death of her 6-year-old daughter and her mother. On Instagram, the former congresswoman stated:

To be a public woman in Brazil is to be threatened permanently. It is choosing a place for fear, another for courage, another place to pretend to ignore […] This is one more of the threats that I, my daughter, and also my mother suffer.

The United Nations Map of Women in Politics shows that female representation is still small in Brazil.

According to the report, a partnership between UN Women and the Inter-Parliamentary Union (IPU), which analyzes the presence of women in executive, governmental and parliamentary positions, the country occupies 140th place in the global ranking.

Benny Briolly (from PSOL) became the first travesti elected in the state of Rio de Janeiro in 2020 for Niterói's City Council. On May 17, 2022, after speaking in a session in the State Congress, she publicly denounced State Congress member Rodrigo Amorim (PTB, Brazilian Labor Party) for political gender violence.

At the time, Amorim referred to Briolly as “boizebu” and “freak of nature,” treating her with masculine pronouns. The case was taken to the Regional Electoral Court (TRE) of Rio de Janeiro. He became the first defendant for political gender violence in the country in August, according to newspaper Extra.

Briolly, now a candidate for Congress, revealed in a dossier sent to the Civil Police that she has received more than 20 death threats.

Amorim is also known to have broken a plaque that honored Marielle Franco.

On her social media, Briolly said:

May my body and my militancy serve as a support and example for all those who are silenced or oppressed by a genocidal State. I am here for you, at your disposal to do real politics and return power to your hand: my people!

These and other cases of gender violence in the political arena hark back to the fight of Marielle Franco, who was murdered in March 2018 while working as a  councilwoman in Rio de Janeiro.

Marielle, a Black and LGBTQIA+ woman, was also from the PSOL and defended agendas similar to those of Benny, Duda, Erika, Manuel, and Sâmia. The mastermind behind the killings of her and her driver Anderson Gomes has yet to be identified by the police, more than 1,600 days after the crime.

Experts from the UN and the Inter-American Commission on Human Rights defined the crime as “an attack on the heart of a democratic society and an emblematic case of the threats faced by human rights defenders in Brazil.”

Four years after Marielle Franco's murder, Black and LGBT women elected are still victims of political violence. The Brazilian state bear responsibility on this. To guarantee #JusticeForMarielleAndAnderson is to protect Black women!

Data and ways to fight back

With an LGBTQIA+ focus, in 2021, the Marielle Franco Institute surveyed violence suffered by elected trans women in the country. Among the 28 women elected, all reported having suffered some kind of violence during their mandate, and 22.8 percent related the intimidation and threats to the fact that they were trans.

On Aug. 1, after data from the Observatory of Political Violence Against Women showed that 44 percent of the candidates running for elected office in the 2020 Municipal Elections were victims of violence, the Superior Electoral Court (TSE) and the Office of the Electoral Attorney General (PGE) signed a partnership to combat and raise awareness about political violence that establishes guidelines and digital reporting channels.

Political violence is a crime against the Democratic State — Law number 14.197, from 2021.
This practice must come to and end. Denounce it!
Call 180 or click: https://t.co/V9lkAtdqLk