An excerpt from Advox research on digital authoritarianism in Morocco 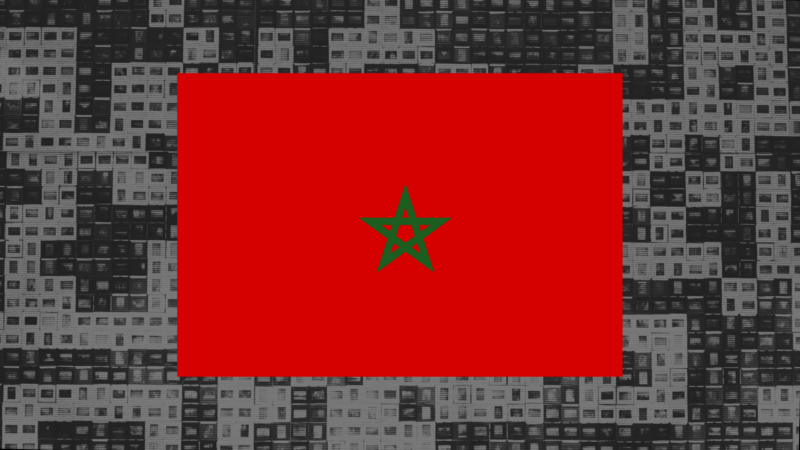 Authoritarian regimes have long had a complicated relationship with media and communications technologies. The Unfreedom Monitor is a Global Voices Advox research initiative examining the growing phenomenon of networked or digital authoritarianism. This extract from the report on Morocco is from the series of reports to come out of the research under the Unfreedom Monitor. Read the full report here.

Since 2011, mass demonstrations have become a device of last resort for people in Morocco to protest socio-economic marginalisation, corruption, and police brutality, and to draw attention to their plight in an attempt to effect change. Despite the state’s containment policies and the violent suppression of the 2011 demonstrations led by the popular February 20 Movement for political democratic reform, socioeconomic protests persisted in the country, reaching a peak in late 2016 and 2017 with the Hirak movement in the marginalised northern Rif region. The Hirak was sparked by the death of Mouhcine Fikri, a fish seller who was crushed to death by a trash compactor while attempting to retrieve his seized fish. The authorities in Morocco justify the use of force against demonstrators, alleging involvement in protests by Islamist movements, denying “any deterioration of the human rights situation in Morocco,” and emphasising the importance of distinguishing between “freedom of expression” and “committing offences punishable by law.”

Journalists and independent press are tried and prosecuted with harsh charges that reach up to 20 years of imprisonment under the Penal Code, rather than the Press Code of 2016, which abolished imprisonment for criticising the monarch. The government closely monitors and controls media content through subsidies (fisking), advertising allocation, and rigorous regulation and licensing procedures. Opposition journalists have been jailed on dubious allegations, and been subjected to systematic slander and smear campaigns on social media platforms by pro-monarch media outlets that are largely dominated by the regime or echo the Moroccan authorities’ official line. These campaigns have largely centred on tarnishing the reputation and image of activists, reducing solidarity with their cause, and undermining their credibility in Moroccan society, resulting in self-censorship. In this stifling and threatening atmosphere, several journalists have opted for self-exile. Authorities regularly promise new reforms and democratic developments, yet they respond to protests with crackdowns, including by restricting access to information and critical tools, imposing internet shutdowns and throttling bandwidth during popular demonstrations which was the case for Hirak Al Rif movement.

The pandemic has accelerated the adoption of digital technologies in Morocco, with the government introducing a variety of measures to control the spread of COVID-19 by deploying and testing emerging digital technologies and biometric systems such as digital identity, a COVID-19 contact tracing app, a vaccine passport, and the widespread installation of facial recognition software into surveillance cameras. The authorities say that their goal is to promote economic growth, increase digitalisation, and strengthen the country’s innovation ecosystem through the new Maroc Digital 2020 strategy and the creation of the Digital Development Agency. However, these emerging technologies, coupled with the strong political and military presence in public life, are harming Morocco’s human rights far more than the economic development they promote, and threatening the protection, promotion and enjoyment of human rights.

Journalists in Morocco and Western Sahara were surveilled using the Israeli-developed Pegasus mobile phone spyware to collect personal information, create fabrications around their private lives, and later indict them on dubious charges. Today, surveillance and monitoring tools in offline and online spaces represent a real threat to the right to free association, privacy, free speech and other civil liberties of millions of citizens in the country.