Women in Iran are leading the change movement 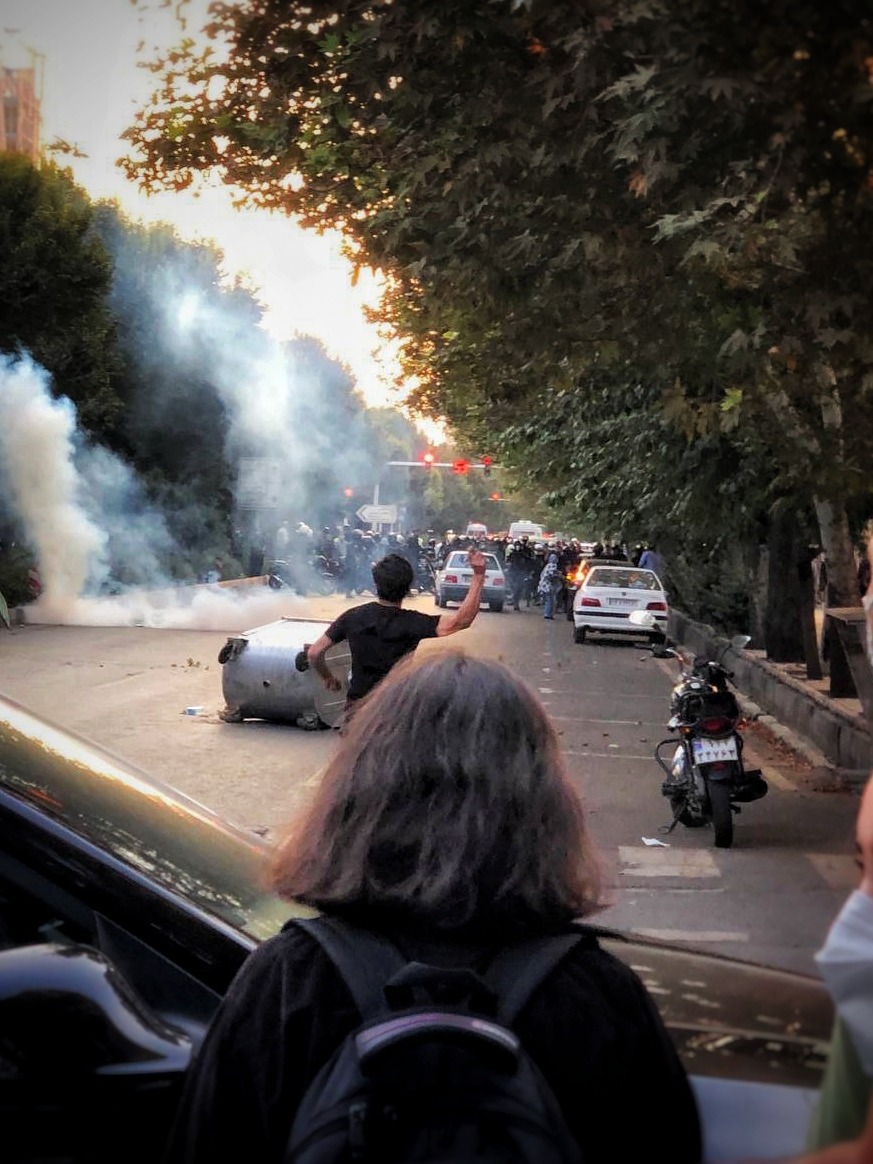 The unprecedented protests that have taken place this week in Iran, a nation that has been ruled by theocracy for more than 40 years, have inflamed the country's people to the point of wrath.

While I have long argued that Iranians are prepared for fundamental change, this feels different. This is not to imply that people have not sought change during this time. The rage in the streets of Iran was sparked by the tragic death of Mahsa Jina Amini, but the flames have been burning for more than two decades. The current protests, however, seem to be of a different nature from anything we have ever witnessed and are genuinely upending the ruling regime.

Using images and videos from Iran, we can clearly identify three reasons why what is happening in Iran is unique and why many believe the nation has reached a turning point.

People are angry and unafraid

Two of the most glaring differences between earlier protests and the current uprising are the incredible bravery demonstrated by protestors and the fury they are unleashing against the regime.

Many videos demonstrate how the protesters are advancing while the authorities are fleeing in terror. Young people — the majority of whom were born after the 1979 revolution — are demanding their rights and are unafraid of the repression of the regime.

The protesters in the following video from the city of Rasht are being chased by security personnel and being struck with tasers and clubs before one protester turns to face his attacker. Other protesters surround and attack the member of the security force.

These kinds of confrontations were rare and infrequent in previous years, but they are beginning to increase as a show of support and self-defense.

Therapy? No, I just saw the people of Rasht clobber the agents of Khamenei.

The following tweet is from the city of Amol. Journalist Farzad Seifikaran observes that demonstrators are pushing back security forces, but he also notes that the source who shared the video allegedly stated that several protesters were shot, hurt, or killed during the altercation.

“I just received this video from #Amol now, see how people push the security forces back. This was from September 22.
Last night, there was no mention of Amol joining the protests against the death of #Mahsa_Amini in the news.
The source who sent the video says that after this, people were shot and many were injured and killed.”

A different view of the altercation is shown in this video, which Rudaw journalist Fazel Hawram describes as “unbelievable footage.”  After years of repression by the regime, these scenes do seem unbelievable to those who have covered Iran.

Unbelievable footage from Amol in northern Iran: people in their hundreds pushing back the riot police and state security forces #MahsaAmini #مهساامینی pic.twitter.com/ZolwhOjR6X

A video from the northern city of Babol shows a large crowd gathering and charging security forces, who appear to be firing live ammunition. The crowd does not disperse; it sticks together and charges forward.

In other clips, protestors are seen throwing stones at security forces, and their vehicles.

The most recent significant uprising in Iran occurred at the end of 2019, and it was sparked by rising fuel prices. Massive demonstrations erupted across the country, and, as a result, reports claim that protesters endured “the bloodiest crackdown since the Islamic Revolution in 1979.” Amnesty International reported that “shoot-to-kill policy” of the security forces resulted in the deaths of thousands of people.

Given how recently this brutal repression occurred, we should be in awe of the recent acts of defiance in Iran.

Women are taking the lead

Iranian women, who assumed prominent roles in these protests, are at the forefront of courageous actions taken by ordinary Iranians. Unquestionably, Iranian women have always played a crucial role in political activism, from the 1979 revolution to more recent political activists like Nasrin Sotoudeh, who are currently detained for their opposition to the regime.

Women have seized the opportunity presented by the current protests to take the reins of the change movement and assert their own power. Since the student uprising in 1999, Iran has witnessed numerous protests, but never have women and their flagrant defiance of the regime's laws by refusing to wear the required hijab played such a prominent role.

In the following video that may go down in history as the definitive depiction of these demonstrations, an Iranian woman dances in the middle of the crowd before throwing her veil into a nearby fire.

Iranian women are burning their head scarfs in protest to compulsory hijab rule of Islamic Republic, tonight in Sari, Iran#IranProtests#IranRevolutionpic.twitter.com/MYBGwVgXZH

In another scene, a woman is seen standing on a public bench while being harassed by what appear to be female security agents. The anger and defiance in her voice are palpable as she cites Mahsa Amini as the reason why she is there.

“You can not catch me”
“I am not moving from here”
“Don’t touch me”
[The female security officers took her down]
“Don’t touch me”
[She jumped back up]
“It’s not only for the headscarf, I’m here because you killed Mahsa”

Women protesting while holding their scarves in their hands can be seen in numerous videos and pictures.

So moved watching Iranian women lead protests w/a powerful slogan: “women, life, freedom”
Women wearing the hijab, not wearing it, or lighting it on fire are standing side by side against a state’s co-optation of hijab that harms us all & instead demanding freedom on all fronts🔥 pic.twitter.com/FqnetmkL6o

Although Iranian women have historically been politically active, this is the first time they have openly and forcefully represented a change movement. Many people view their leadership as a sign of a contemporary and democratic future and as a clear contrast to Iran's dominant clergy. It is possible now that the events unfolding in Iran may lead to the first modern feminist revolution in the Middle East, and perhaps the world.

The regime is vulnerable both politically and practically

Iran's political environment has been unstable for a while. The nation has also been devastated by the election of Ebrahim Raisi as president, which put an end to all reform and moderation myths, along with severe economic hardship and inflation.

Many Iranians had hoped that moderate political reformers would pave the way to more societal moderation and individual freedom in Iran. Given the ineffective presidency of the previous leader and reformist, Hassan Rouhani, whose term ended in 2021, and the Supreme Leader Khamenei's outright support for the current president Raisi, it seems that hope has been permanently lost.

While presidential elections were frequently employed as a way to allay domestic tension and give Iranian citizens a veneer of freedom, the unelected Supreme Leader’s decision to support such a hardline candidate may have been motivated more by desperation than cunning.

Due to rumours regarding Khamenei's ill health, the Assembly of Experts is scrambling to develop a plan for his succession. Just last week, it was revealed that Khamenei underwent an urgent procedure.

The uncertainty surrounding Khamenei's successor as supreme leader, coupled with the fact that the Islamic Revolutionary Guard Corps (IRGC) has become a highly factionalised force, with varying degrees of loyalty and rivalry, may be the perfect storm for radical political change.

While it is difficult to predict exactly what may happen in Iran over the next few days or weeks, it is safe to say that we are seeing previously unheard-of scenes come out of the country.

In these scenes, young people can be seen demanding gender equality, basic political and civil rights, and freedom of speech. It also involves being prepared to advocate for these demands and to fight for them. It could also be a sign of things to come for Iran and its people.