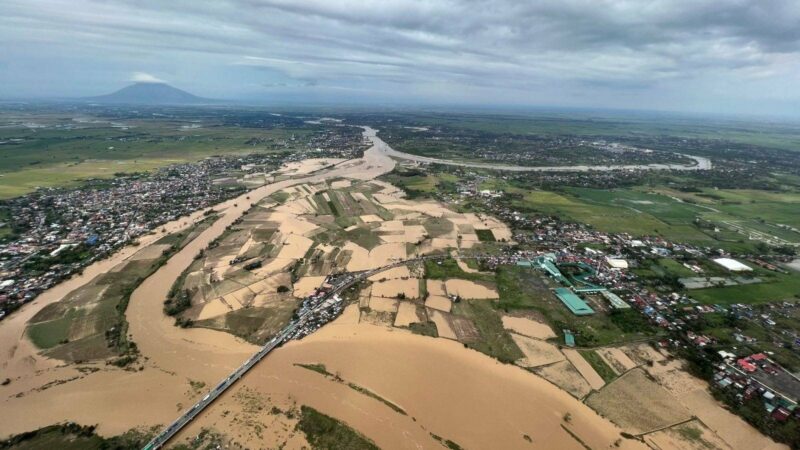 The hashtag #NasaanAngPangulo (Where’s the President) has been trending on Twitter over the past two days as Filipino citizens criticized the absence of Philippine President Ferdinand Marcos Jr. during the crucial hours when super typhoon Karding (Noru) entered the country.

Karding is so far the strongest typhoon to hit the Philippines this year.

Its peak winds increased from 60 to 160 mph in 24 hours as it transformed from a tropical storm to the equivalent of a Category 5 hurricane. This leap was among the fastest 24-hour intensification rates on record for any tropical cyclone.

According to a government briefing on September 26, the typhoon affected 1,208 families or 4,606 individuals in 57 barangays (villages). It also led to the cancellation of several flights and boat trips that left 2,882 passengers stranded.

Marcos arrived in Manila early Sunday morning on September 25 after a six-day state visit to the United States. Karding was expected to make landfall in the afternoon, which prompted government agencies to issue emergency notices and evacuate residents in flood-prone areas.

Marcos was not present in the agency briefings. But at 9 pm, he posted on Twitter his video discussing his visit to the United States. The video drew swift backlash as citizens accused Marcos of being insensitive to the plight of his constituents reeling from the devastating impact of Karding.

Our trip to New York was successful!

From attending the UN General Assembly, to business roundtable meetings and meeting with the Filipino community, I am grateful for the warm welcome to our delegation.

This reaction from a journalist echoes the public sentiment:

How tone deaf and insensitive can you be to post a vlog about your New York trip while Filipinos brace for the impact of super typhoon #KardingPH? https://t.co/t1Q4UldDuU

Another journalist added on to the criticism:

Many parts of the Philippines are literally drenched in water right now as super typhoon Noru (#KardingPH) batters and this is what you what you get from the Philippine president: https://t.co/kSUY83llF6

Marcos has not commented on the viral hashtag, but seemed to take the criticism to heart, because all his recent social media posts have been about the government's disaster response efforts. On Monday morning, he tweeted about the damage caused by Karding:

After our aerial inspection today, we found some areas that are still inundated with water.

Nueva Ecija and Aurora are without power. We are sending gensets now. #KardingPH pic.twitter.com/gTP06BWrcV

Harvest season is set to begin in the coming weeks, which makes the latest round of flooding and destruction especially devastating for farmers. Experts predict the food supply in some towns may be threatened as many rice paddies have been flooded.

Several residents spent the night along the highway, urge local govt to hand out food packs as children and elderly have yet to eat after fleeing from their homes. | @_katrinadomingo pic.twitter.com/57anc7u7ix

While agri chief and president Bongbong Marcos Jr. is busy with his newly uploaded vlog from New York, farmers are left in desperate need of support in anticipation of the huge damage the supertyphoon will cause. #KardingPH #NasaanAngPangulo

Meanwhile, “Sierra Madre” also trended on Twitter as experts pointed out that super typhoon Karding weakened after it passed the Sierra Madre mountain range in Luzon, the country’s biggest island.

#KardingPH was on track as forecasted but downgraded from super to regular typhoon as it hit the mainland in Nakar area. And at 30kph quickly crossed Luzon in about 7 hours. It was intense but fast. The sun is out and we have the Sierra Madre to thank for!#SalamatSierraMadre pic.twitter.com/LsBnMiaSjA

The hashtag #SalamatSierraMadre is “Thank you Sierra Madre” in the Filipino language.

An academic highlighted the need to protect the Sierra Madre mountain range by rejecting several large-scale projects that threaten to destroy the biodiversity of the mountain.

The Sierra Madre is trending because people are being reminded anew of its service as natural barrier against typhoons for our people.

The mountain range is protecting us, but what are we doing to protect it?

Here’s a thread of what must be done to #ProtectSierraMadre: