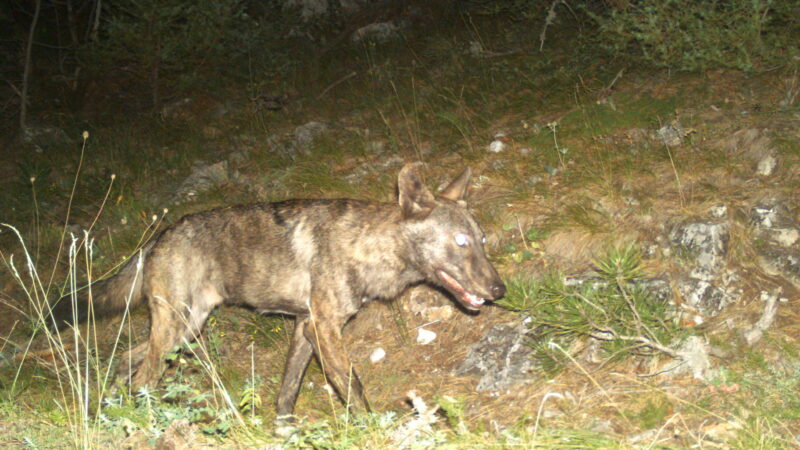 The mountains in North Macedonia are full of abandoned dogs that pose a threat not only to the people but also to wildlife. One of the world's most critically endangered wild cats, the Balkan lynx, calls this territory home and is now facing new threats brought on by the increase in stray dogs. Packs of hungry dogs are eating the lynx’s prey and the prey of other carnivores in the wild, and due to the genetic similarities, they are also breeding with wolves and diluting the wolf gene pool.

Although they are looked upon as predators, the dogs themselves are also victims in these cases — they were abandoned by their owners, leaving them no other option but to hunt to survive and become highly aggressive. The state is also to blame in this case, as systematic flaws in the state institutions and a failure to regulate municipal stray animals policies have exacerbated the situation. 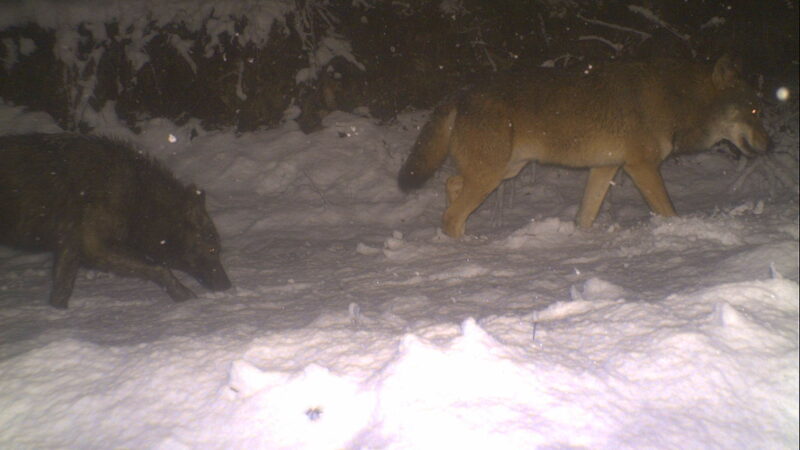 The field survey with the use of photo traps by the Macedonian Ecological Society (MES) revealed dogs deep in the woods. Dogs were also seen at the mountain passes such as Gjavato, Bukovo, and in the Mavrovo and Shar Mountain national parks. The findings about the consequences of this phenomenon on wildlife were presented at the “Abandoned dogs – threat to the wildlife” Forum, held on August 29 in Skopje. 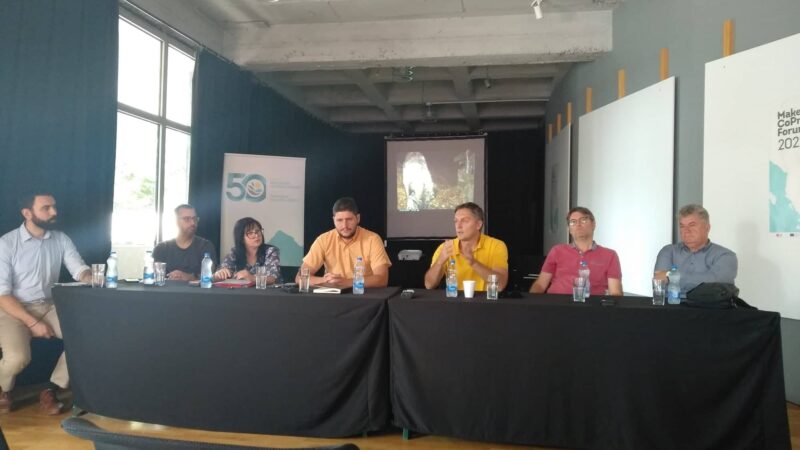 Speakers at the “Abandoned dogs – threat to the wildlife” Forum organized by Macedonian Ecological Society in Skopje, August 29, 2022. Photo by Meta.mk, used with permission.

According to Dime Melovski, MES’s Program Coordinator, the dogs both hunt and scavenge. They are also under constant stress and pose a threat to other animals. He explained:

The problem with the abandoned dogs in the wild has escalated in the last few years. They pose a threat to the survival of the lynx, since they eat its food. Only half of the young lynxes reach sexual maturity and this situation is worse if the female lynxes with cubs, that aren’t able to hunt, are left without food. For a population of 40–50 lynx adult individuals that live on the territories of North Macedonia, Albania and Kosovo, it poses a great risk.

During the subsequent discussion some participants of the event also expressed concerns that these abandoned dogs might pose a danger to the hikers in the mountains.

In a previous statement published by investigative reporting portal Prizma, MES researchers indicated the lynx, which typically weighs between 20 and 30 kilograms, can't eat large prey such as deer in one sitting and often leave some of the meat for later. As Melovski noted, there are less than 50 wild lynx left in North Macedonia.

Scavenging dog packs present new dangers to the feline species because they often feast on the carcasses of deer killed by the lynx. Female lynxes nurturing cubs are particularly vulnerable because they are smaller in size and can't fight the dogs.

It is common knowledge that in the past several year's stray dogs from rural municipalities have been transported and released into the wild by the local communal services. Some municipalities that lack finances, personnel, or desire to adequately address the stray issue have adopted this “solution” for the many abandoned pets in their territory. 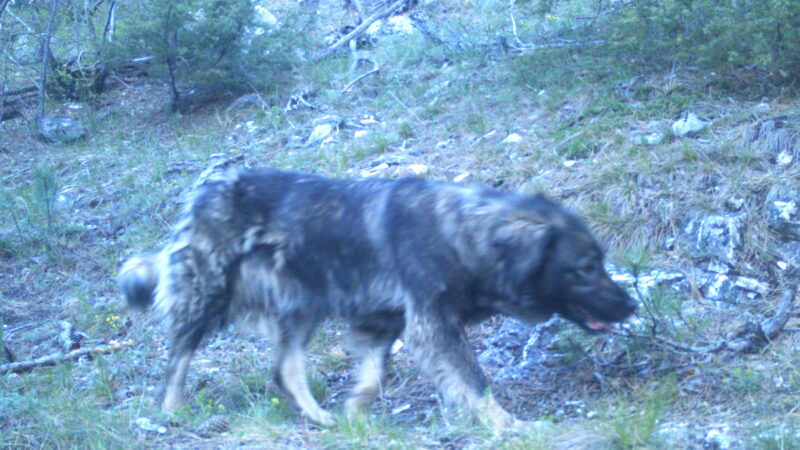 According to animal protection activists, one of the biggest reasons for the increase in the number of cases of irresponsible ownership is the minuscule EUR 15 fine (USD 15, according to the current exchange rate). This low fee doesn't match up with the severe consequences of abandoning animals, and moreover, it is not being implemented properly.

“More than half of this country’s municipalities don’t have an agreement with an animal shelter, a place where abandoned animals would be sheltered and treated, even though the laws identify them as one of the key elements in the solution of this problem,” said Dimitar Terzievski from the National Food and Veterinary Agency.

Terzievski says that with efficient sterilization of 75 percent of the animals, the results will be evident in a short time. 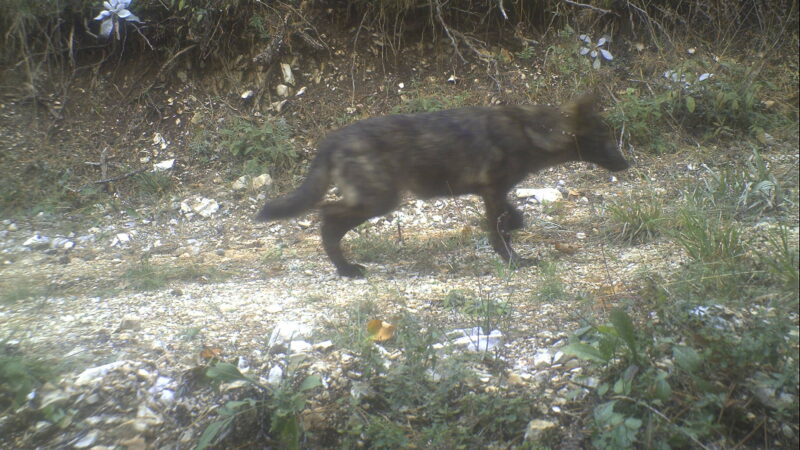 A hybrid between domestic dog and wolf. Photo by Macedonian Ecological Society, used with permission.

The largest number of abandoned dogs that live in the wild are hunting dogs, according to the data by the Ministry of Agriculture. They have a natural instinct for hunting and were able to adapt very quickly.

On the other hand, half of the dogs that end up at Laika Animal Shelter in Skopje are either purebred, or one of the parents is a purebred. According to its Director Voislav Dimitrovski, the solution is clear:

The solution to the problem with abandoned dogs cannot be looked at in individual plans and programs. It has to be systematic and to be covered by a national program, which will oblige all the concerned sides.